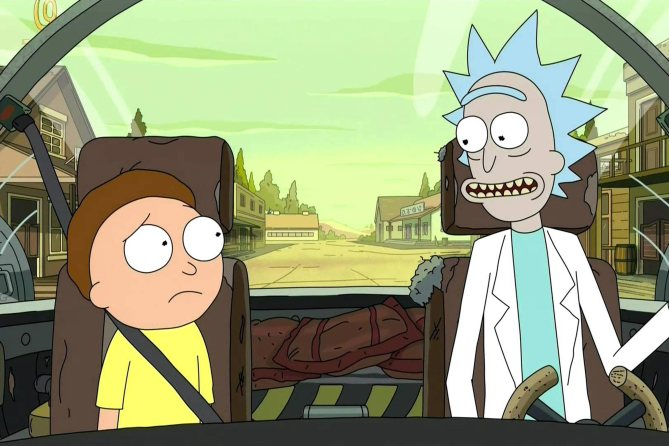 Everything You Missed From The Season 3 Finale Of ‘Rick & Morty’

Your EDM StaffOctober 3, 2017
For the lulzJust For Fun

Season 3 of Rick & Morty came to a close this past Sunday, and though we don’t have too many questions left unanswered (as we did at the end of Season 2), there were a lot of Easter eggs, references, and callbacks hidden throughout the episode.

First off, one of the reasons the season finale felt so off to some people is because it wasn’t supposed to originally be the finale. The season was cut from 14 episodes to 10, co-creator Dan Harmon said, “the finale is a great episode that we finale-ified when we realized we weren’t going to make 14 [episodes].” But it’s still a great episode.

During the fight between the President and Rick, when they crash through the floorboards, the corpse of Tupac can be seen – bummer. And when the president initiated his armed robot walker “thingy,” it bears a striking resemblance to real-life robots currently being developed by Boston Dynamics. You know the ones… the awkward dog-ish looking robots that walk really funny? And Rick’s multiplication watch trick could be a reference to Total Recall.

In the scene when the president is chasing Rick in an energy hamster ball through the basement of the White House, many film sets for US events can be seen, including the moon landing and George Washington crossing the Delaware; there also appears to be the car in which John F. Kennedy was assassinated, as well as a model of the twin towers, minus one tower.

Moving on, the back of Jerry’s robe early in the episode reads “weak” in Chinese; the cabin the family is hiding in at the end of the episode was visited in “Morty’s Mind Blowers” to save the alien; and there’s a portrait of Snowball, formerly known as Snuffles, hanging in the cabin, as well.

Now, we just have to wait for Season 4… for more, head to Nerdist.