Snapchat started out as a spunky little social media platform for friends, quickly sending snapshots that lasted no more than 10 seconds and, poof, they were gone. Slowly but surely, the platform has started to become actually useful – with the introduction of Snap Maps, the platform was used to keep track of hot spots during the recent hurricanes in Texas and Florida (though this was not its intended use, it’s a wildly beneficial after thought). User engagement has even gone up 40% since the function’s introduction.

Now, Snapchat has introduced Context Cards, made to give contextual information for geotagged photos and videos. The idea behind context cards being that you can look up information about a location, especially restaurants and stores, without leaving the app. Simply swipe up on the geotag and you can view menus, make reservations, call a location, read reviews and more – kind of like you would on Google. 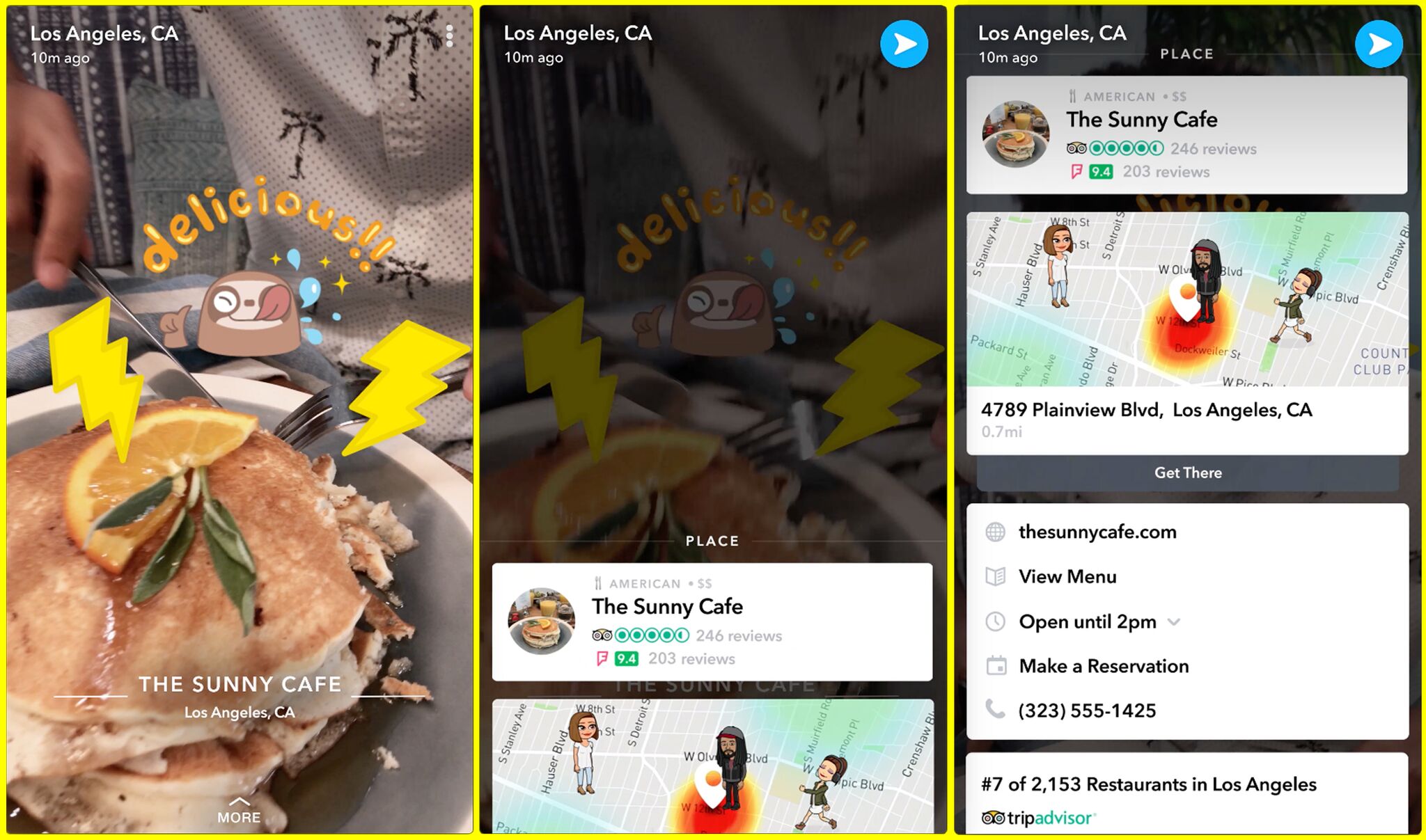 Partners supplying information for the cards include Foursquare, OpenTable, TripAdvisor, and Lyft, and will grow over time, Snaps says.

According to the Verge, the context cards will primarily show recommendations from anonymous, crowdsourced engines – at least for now.

Watch the promotional video for Snap’s context cards below.