um.. Start Rumors Of A Breakup With “this is our last song”

um.. have never been ones for subtlety. With their latest song, they’re making a bold and definitive statement: “this is out last song.”

I’ve been working with this particular duo literally since the very beginning. I was the first to interview them for a major EDM publication, I began a popular story series with them based on their track titles, and I’m lucky enough to call them personal friends. Hell, I’ve even taken them to the zoo. (Seriously.) This news has blindsided me and I’m sure the rest of their fanbase, as well.

They’ve just come off of two massive performances at Shambhala and Lost Lands, closing out the main stage at the latter. For them to call it quits at such a pivotal moment in their career, things must really not be going well behind the scenes.

In a reddit AMA two months ago, Ben of um.. revealed that after “our last song,” the duo would disband, citing creative differences. 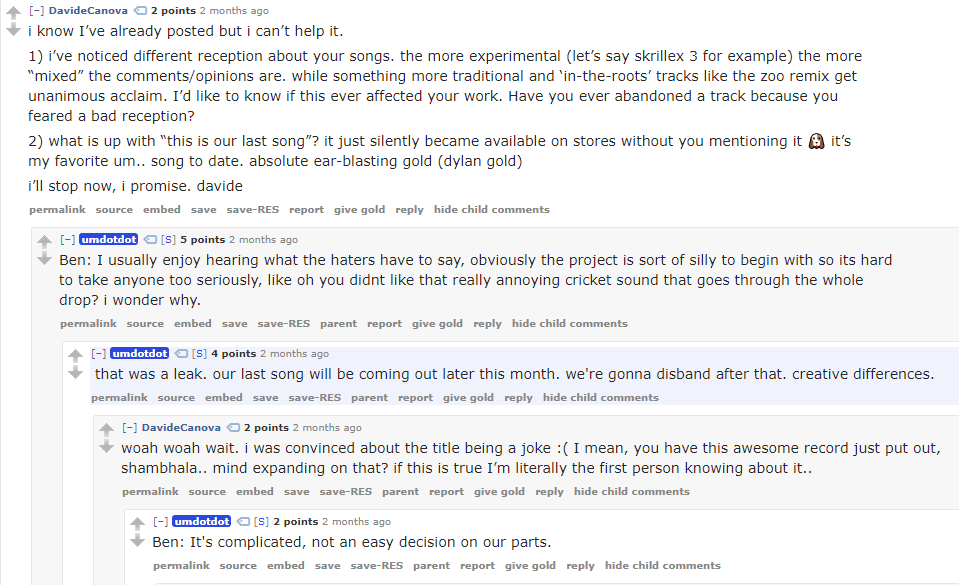 It’s really hard to believe that these two are disbanding… but it’s hard to argue with the evidence. Listen to “this is our last song” below.

Your EDM Premiere: Ameria & HYPRESSION – Not About You [Trap City x Spinnin Records]

Your EDM Premiere: Ameria & HYPRESSION - Not About You [Trap City x Spinnin Records]