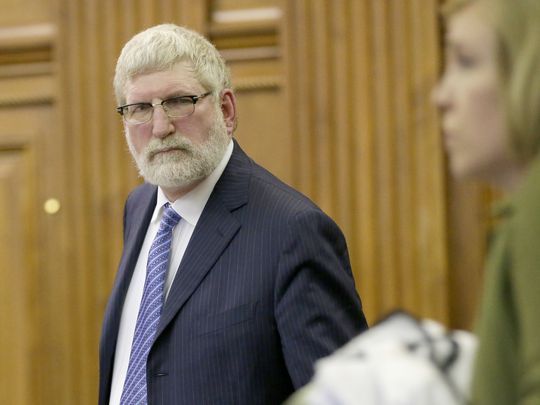 Lawyer is Trying To Shut Down Freaky Deaky Music Festival

This weekend will find electronic music fans donning costumes and getting loose at Halloween-themed music festivals. From Wynwood Fear Factory in Miami, Florida to Escape Halloween in Southern California, the next handful of days and nights will combine a spooky aesthetic with banging EDM across the country. But a Milwaukee lawyer is calling for the cancellation of one such event over the risk of life-threatening drug use and dangerous music volumes that could raise the liability for the event’s venue.

Freaky Deaky is a series of music festival events that hosts itself in places like Illinois, Wisconsin, and Michigan over the course of the Halloween weekend. Their Milwaukee edition that takes place during the 27th and 28th of October is facing backlash from David Halbrooks.

A former assistant city attorney who specializes in code enforcement, licensing, and building safety, Halbrooks’ crusade against this music festival started when he wrote a series of letters to the Wisconsin Center District in June. He went on to cite problems with the general culture of electronic dance music while specifically criticizing the event’s promoter and Saturday’s headliner Bassnectar.

According to Halbrooks, “People die at EDM events. People die because of drug use. EDM may appear to be music events to you and me. They are not. They exist for one main reason, to accentuate the drug-use experience.”

Although Halbrook’s criticisms have been consistent over the last four months, the event organizers for Freaky Deaky and the venue are still selling tickets for the EDM-Halloween event.

The director of the WCD, Russ Staerkel, released a statement saying, “We have conducted our own research into EDM concerns and best practices nationwide and we will be employing them at this weekend’s event.”

Since 2008, the festival has enlisted major electronic acts in their lineups while bringing fans together for musical entertainment and holiday spirit. This year, they have Saturday sold out with tickets for Friday still available and ranging from $60 for general admission to $200 for VIP perks. With acts like Mija, GRiZ, Bleep Bloop, Flatbush Zombies and more, Milwaukee will be raging contently for the season.