The teaser was shown on both Dillon’s Snapchat and NGHTMRE’s Instagram story, so you know both producers are getting ready to drop this one “v soon,” as NGHTMRE says. One comment on reddit says it’s dropping December 1, though this is confirmed. 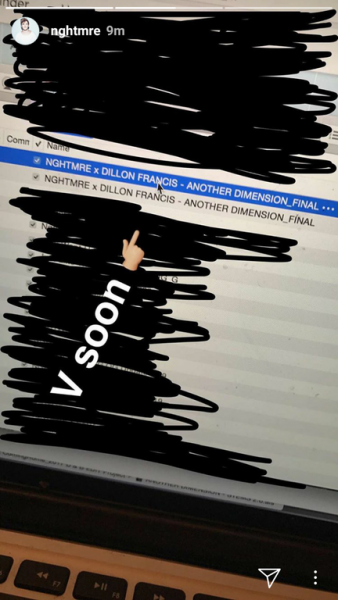 You can listen to Dillon Francis dropping the collab at EDC right here.

Meanwhile, NGHTMRE is ready to drop a new song “No Coming Down” featuring Alex Wiley and Sky Montique tomorrow!

If you haven't yet, make sure to Presave "No Coming Down" Ft. @Alex_Wiley and @SkyMontique coming out this Friday !!! 🔥🔥🔥https://t.co/dCP7Ce9Kmi