Migos & Marshmello’s Collaboration Revealed To Be On Soundtrack Of Netflix Movie, “Bright”

After learning that Marshmello’s next single was going to be his collab with Migos, we’ve been scouring the internet looking for more information about the track. Funnily enough, all the info we needed came from Marshmello himself via his Instagram story.

As it turns out, Migos & Marshmello’s single is called “Danger,” and it’s going to be released as a part of the soundtrack to the Netflix movie Bright, starring Will Smith, Joe Edgerton and more. Other artists on the album include Logic, Bastille, Machine Gun Kelly, Steve Aoki & Lil Uzi Vert, and a strange collaboration between… D.R.A.M. and Neil Young? Well, okay then.

The album is set to drop on December 15, but you can bet that the Marshmello collaboration will drop as a single before then. You can pre-order the album now here. 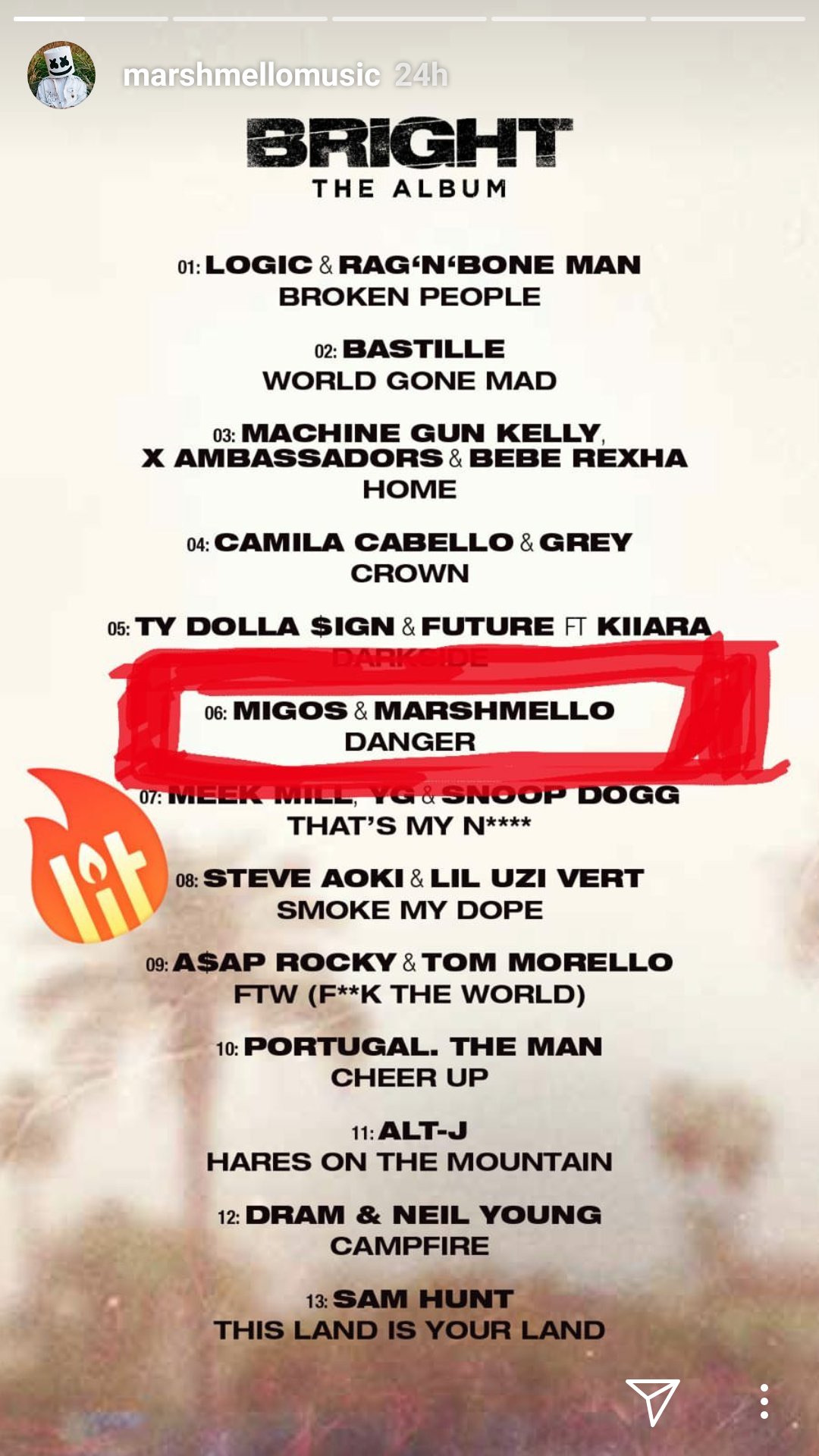 Madhatter Gets Mental With Boogie T in “Want None”