For the uninitiated, Alabama might not exactly seem like a music festival hot spot but I assure you that Goldenvoice’s Hangout Music Festival is definitely a must-see music festival which has consistently delivered on mainstream crossover festival acts year after year.

Just take a look at this year’s massive lineup headlined by The Killers, The Chainsmokers, and Kendrick Lamar respectively on the Friday, Saturday, and Sunday of May 18th – 20th. As far as EDM acts go, there will also be plenty set to perform. Day 1 looks particularly stacked with Zedd and Galantis while Lost Kings, San Holo, Cashmere Cat, Kasbo, Whethan, Getter, Melvv, Hotel Garuda and more round out the rest of the lineup.

Grab tickets and learn more about packages here (on-sale kicks off Thursday) and check out the full lineup below. 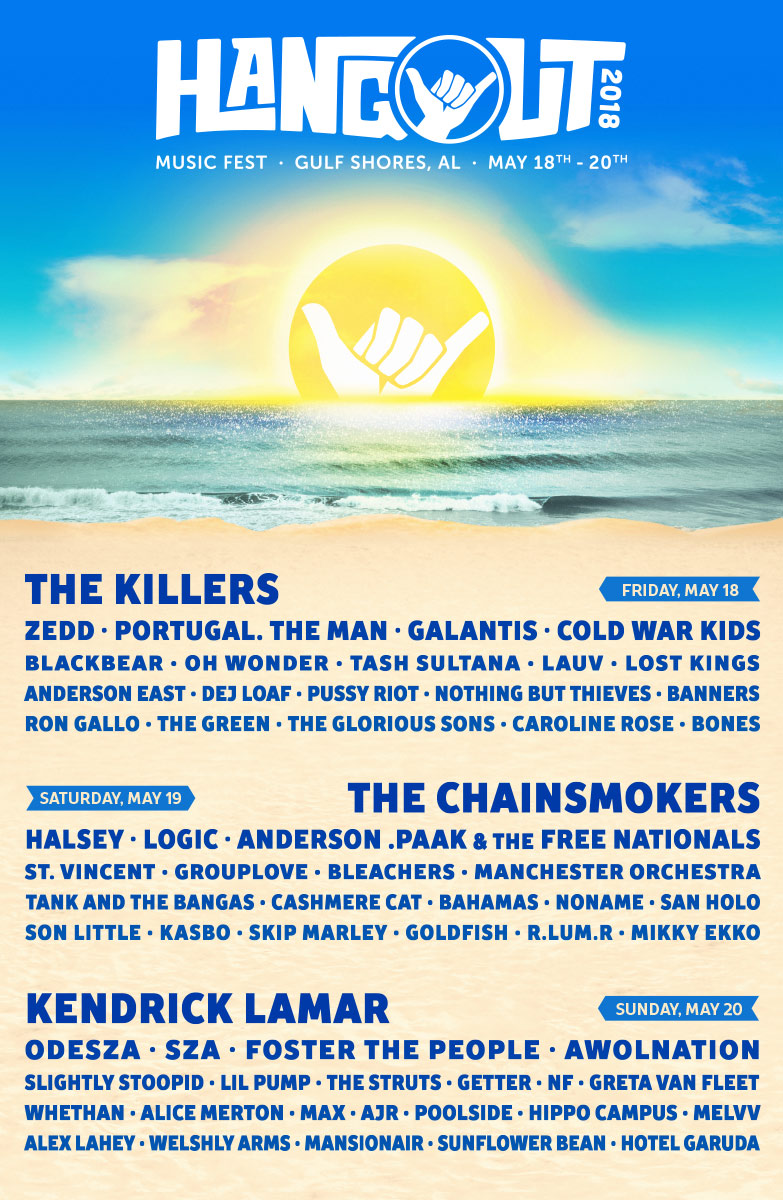