Insomniac has announced the return of Electric Daisy Carnival (EDC) Mexico for its 5th edition, and a massive lineup to go with it!

The country’s largest music event goes down at Autódromo Hermanos Rodríguez in Mexico City on February 24 & 25, 2018. With over 120 dance music acts, a fantastical landscape, otherworldly stages, thrilling carnival rides, and seemingly endless music, art and discovery — EDC Mexico 2018 is sure to be an extraordinary experience!

Are you ready for this? Above & Beyond, deadmau5, Dillon Francis, Eric Prydz and his alias Cirez D, Flosstradamus, Illenium, Jauz, Joyryde, Marshmello, Rezz, Slushii, Tiësto, Zedd and many more leading electronic artists will bring their production to Mexico City.

Having deadmau5 on an EDC lineup is especially surprising, considering he and Insomniac founder Pasquale Rotella haven’t had the greatest friendship over the years – various spats between them have been covered in 2017, 2016, as far back as 2014. In fact, deadmau5 hasn’t played an EDC event in 5 years, so his fans in Mexico should be incredibly ecstatic about his inclusion.

EDC Mexico is the perfect opportunity for anyone looking to kick off the 2018 festival season right. To learn more about the artists, stages, rides, art, performers, and the overall experience check out the EDC Mexico website.

As with any EDC event, “All Are Welcome Here!” Grab your tickets to EDC Mexico 2018 at this link! 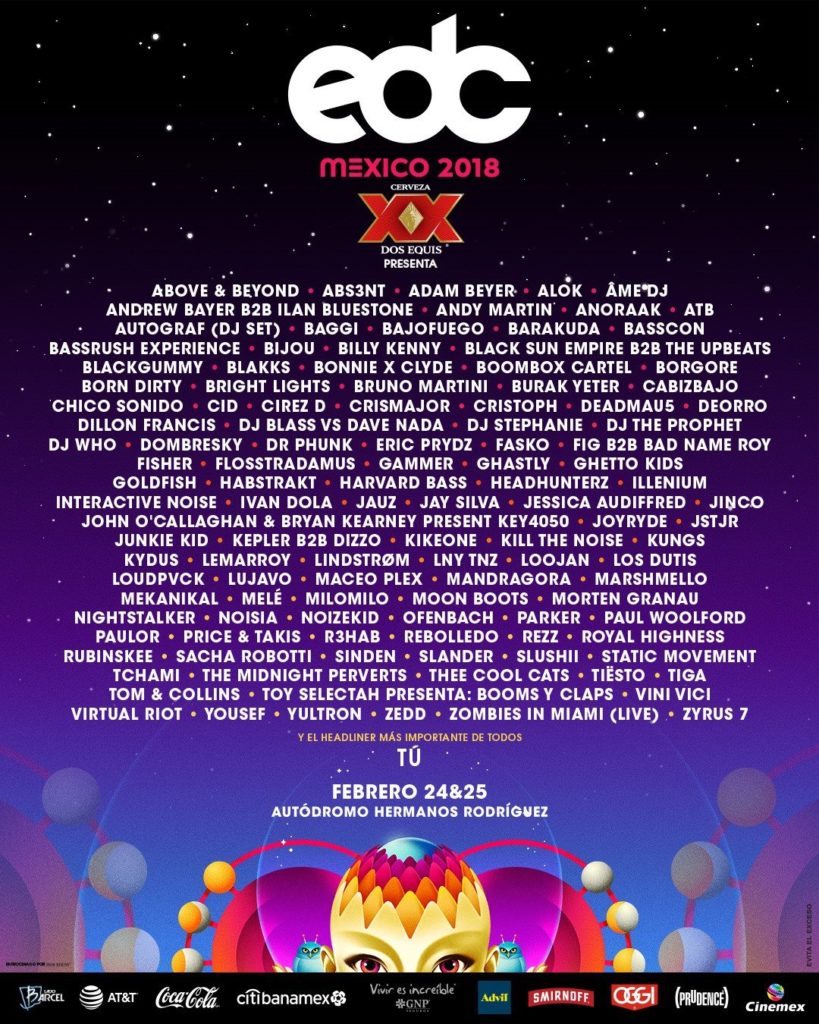