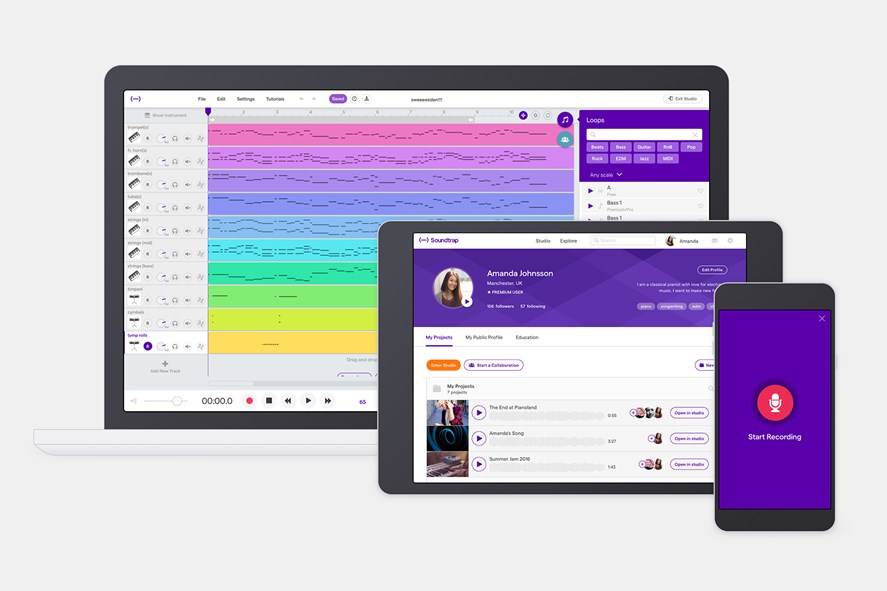 Since 2015, Swedish start-up Soundtrap has been offering users the ability to work in real time with other users on musical projects via its cloud-based recording software. Best of all? The service was available completely in-browser and offered both a free and paid subscription service.

Earlier today, Spotify announced that it had acquired the company at undisclosed financial terms, though Breakit.com estimates the purchase at “at least 250 million krona” ($30 million). Around this time last year, the company was fundraising at a $25 million valuation with close to 1 million monthly active users. Including Soundtrap, Spotify has now acquired nine companies in just this year

Per Soundtrap’s official blog, “the essence of Soundtrap is to give easy-to-use, collaborative, music-making capabilities to anyone with an electronic device and a passion for music.” In describing their new parent company, Soundtrap added “this is a perfect fit because Spotify has also helped democratize music by helping millions of artists connect with millions of fans while helping listeners discover their favorite new artists.”

Try out the product here!