February just got bumped-up with a heap of talented DJs for the upcoming Dirtybird Campout East. The music festival that blends the aesthetic of campfire nostalgia and outdoor splendor with the music of an after-hours clubland is making its debut in St. Cloud, Florida for three days in February’s first weekend. Although the first phase lineup included names such as Mija, MK, Tiga, EPROM, and the label boss himself Claude VonStroke, the lineup has now nearly doubled including major names of house music, techno, drum and bass, and more. 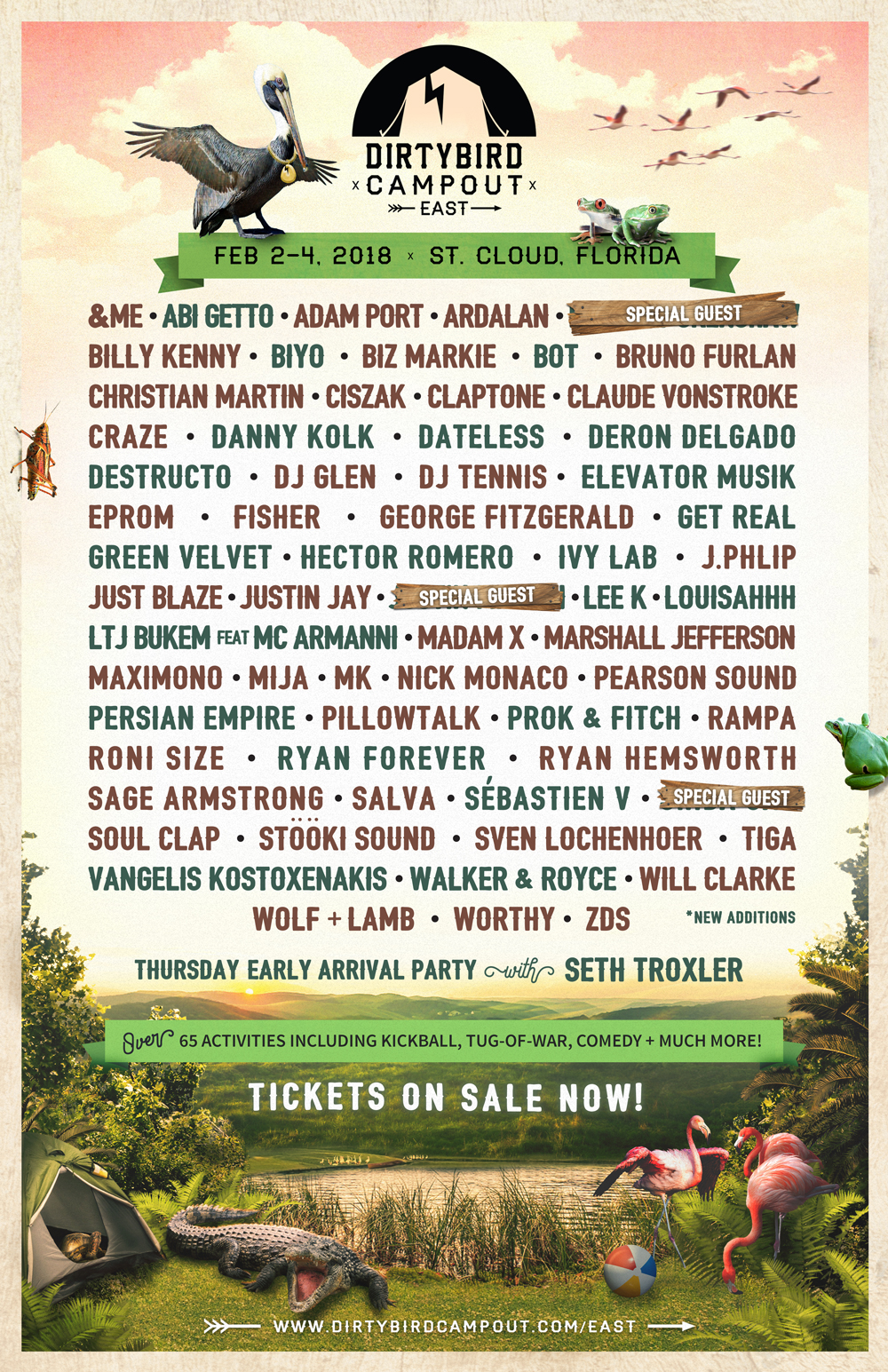 Th names in this new and improved lineup bring together usual suspects and new faces to the mix. Of the recurring faces of past Dirtybird events, Green Velvet is the biggest act to be added into the fold. With his presence, he and VonStroke will be teaming up once again to perform a set together as their elusive, collaborative project Get Real.

Under the Dirtybird banner, duo Walker & Royce will also be performing at Dirtybird Campout East and its debut. After dropping one of the best house albums of the year with Self Help, the two have positioned themselves as must-see acts for those who will be making the trek to Central Florida.

On the flip of newer faces, Destructo will be making an appearance bringing his delectable arsenal of G-house and bass house tunes. After releasing his latest track “Bassface” last month, Gary Richards brings a unique edge to the Campout that stars a heavy lineup of tech house and deep house.

But for those who want to get the party started sooner than later, Thursday, February 1st will host a pre-party with Seth Troxler manning the decks. This show will be available to Early Arrival Passholders who will have a glimpse of what the full weekend will be like.

Check out the video below of the full lineup and make sure to check out ticket information here.

Marshmello x Migos “Danger” Is Out This Thursday