Your EDM Interview: Akov Gets Real on Time, BPMs and Genre-Bending, Proving He May Truly Be a ‘Shapeshifter’ [Eatbrain]

Even though his second EP on Eatbrain released over a week ago, Akov’s Shapeshifter is still popping up on Social Media like mad, with critics, labels and fans discussing its big sounds and atypical beats. In one four-track EP, Shapeshifter contains classical intros, house and riddim beats, big, cinematic production and MC-heavy neurofunk. It’s definitely challenging perceptions of what neurofunk and drum and bass at large can sound like.

Akov himself seems to be taking the EP’s success in stride and is more focused on his process and the sounds he loves to make, but he did have some very enlightening thoughts on said process when your EDM sat down with the Austria-based producer to find out about how Shapeshifter was made. He also showed himself to be a bit enigmatic and very emotionally invested in his projects, no matter what genre or style he’s working in. This interview proved that Shapeshifter was truly an apt title for this diverse EP. Eatbrain also just posted Akov’s mix for the EB Podcast 057, so scroll to the bottom of this article to listen.

First of all, thanks for taking the time!

Time is an illusion, a human construct that we are born into bondage with. Sorry, I mean you’re welcome, thanks for talking to me.

Oh, we can get into time another time. Some of your intros on Shapeshifter are quite melodic, even bordering on orchestral and liquid (such as on “Abraxas”). How did you see those transitions into the main beat working? Were there any challenges?

It’s always been a personal challenge of mine to make a song captivating from the start to finish, sometimes I’m more successful than others but “Abraxas” in particular was a good example of when it worked for me. I always feel bad if I cop out on the intro, it is a piece of music after all, so I’ve made a point to try and be as musical as possible with my tracks in general now while still maintaining the heaviness. That’s always easier said than done though! I spent the last years getting as much production skill under my belt as possible so that I can focus solely on the composition. I expect this blend of orchestral and heavy will be something I only develop further throughout future releases.

There are classical and theatrical bits in a lot of your work, come to think of it. What about these older styles attracts you and makes you want to incorporate them into drum and bass?

I suppose it’s the human element, violins, flutes, vocals, they all add a level of familiarity which softens how digital music like neurofunk can sound.  I’ve always been the most inspired by really cinematic intros such as “Colosus” by Billain and “What’s Wrong” by Phace and Misanthrop. I always try and imagine my tracks in a live environment and try to make something that is theatrically entertaining on stage to listen to. In my down time I listen to a lot of cinematic music, I’d love to write scores for films one day and I guess that comes through in my productions.

How did you come to work with Patch Edison on the title track?

I was originally going to do the vocals myself as a follow up to ‘no mercy’ Patch was one of the first MCs I met since I moved to Austria and he’d invited me ‘round to record at his studio. Just after I did my first take, he says to me “that was okay but I think I can do it better than you dude!”Which I thought was kind of rude but he killed it! (Laughs) I expect I’ll be doing more with him in the future. 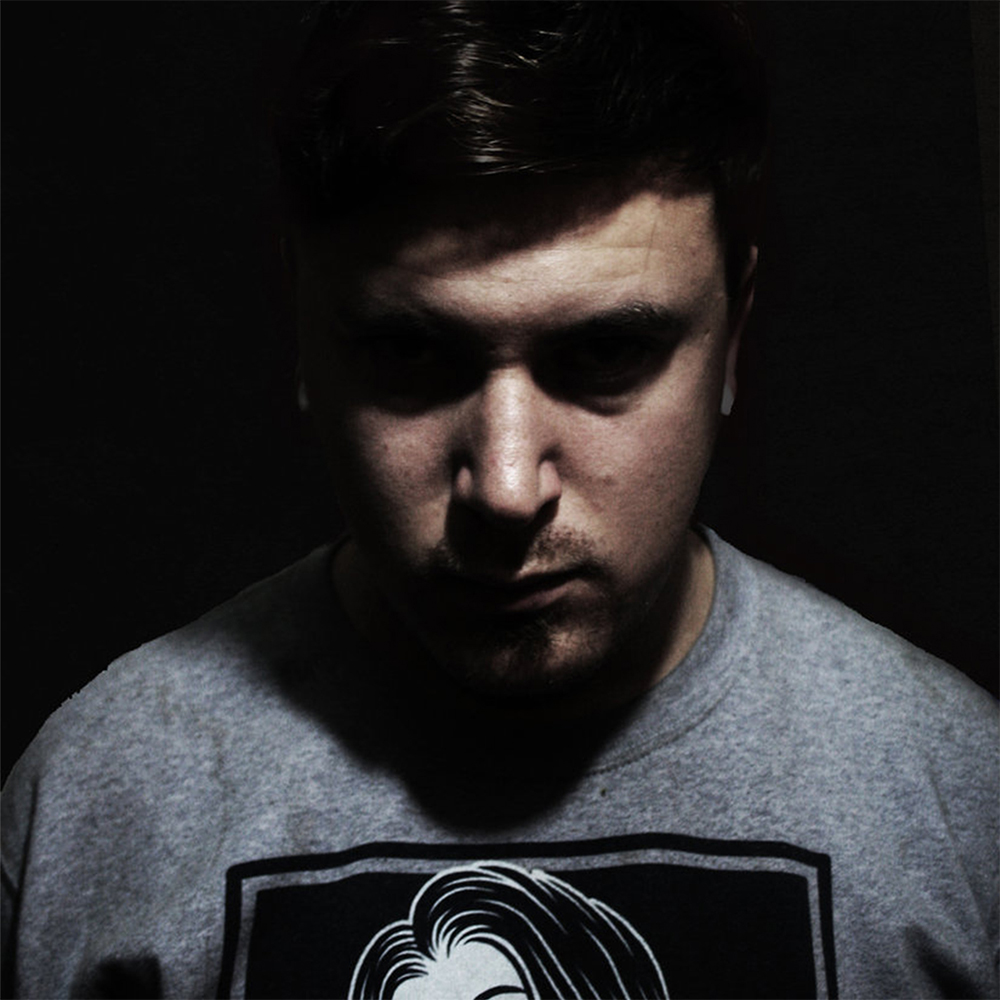 How do you feel about MCs in neurofunk in general? What makes an MC a good fit for your style when it’s so glitch-and bass-heavy?

I’ve always been a big fan of MCs in neurofunk. I think as long as they perform with conviction it always sounds great. Most of the MCs I’ve featured so far have a pretty deep timbre and the lyrics always have to be dark.

That was a lot of a fun to make. I’ve been friends with Julien for a few years now as we were both performing at the same Neurofunkgrid shows a lot. It was a collab waiting to happen and I’m really pleased with the result. I’d say it’s safe to assume this will happen again.

There seems to be some house and riddim-style beats in “First Contact.” That’s a really interesting choice. Did working with straight beats present any unique challenges when pairing it up with the more syncopated synths and sub bass?

I’ve never intended on sticking to one BPM (with my work), but rather just got lost in the experience of making drum and bass. I will be branching out a lot and plan on showing my versatility in future releases.

Electro and breaks have always had a soft spot with me and a lot of the time I will slow down my DnB projects to see If there’s anything lurking in those lower BPMs that is worth working on. This was one of those times and it’s nice to have some more space to work with in the project in terms of how long the notes can be etc. I’m currently working on some breaks remixes of old tracks to feature in my live performances so again there will be more of this!

Speaking of freedom to work in other genres, how’d you get a house beat past Jade?

(Laughs) He’s always encouraged an experimental track on the Eatbrain EPs, but not everyone likes to do one!

What’s coming up next for you in terms of releases, collabs or tours?

In January I have a five-track EP coming out on Cause 4 Concern which I’m excited for. There’s been non-stop quality coming from that label recently.  As I mentioned before you can expect a lot more experimentation with my future releases and that is what I’m mainly excited to unleash in 2018.

Shapeshifter is out now on Eatbrain Recordings and can be purchased exclusively on Beatport. As promised, check Akov’s EB Podcast 057 on the player below.