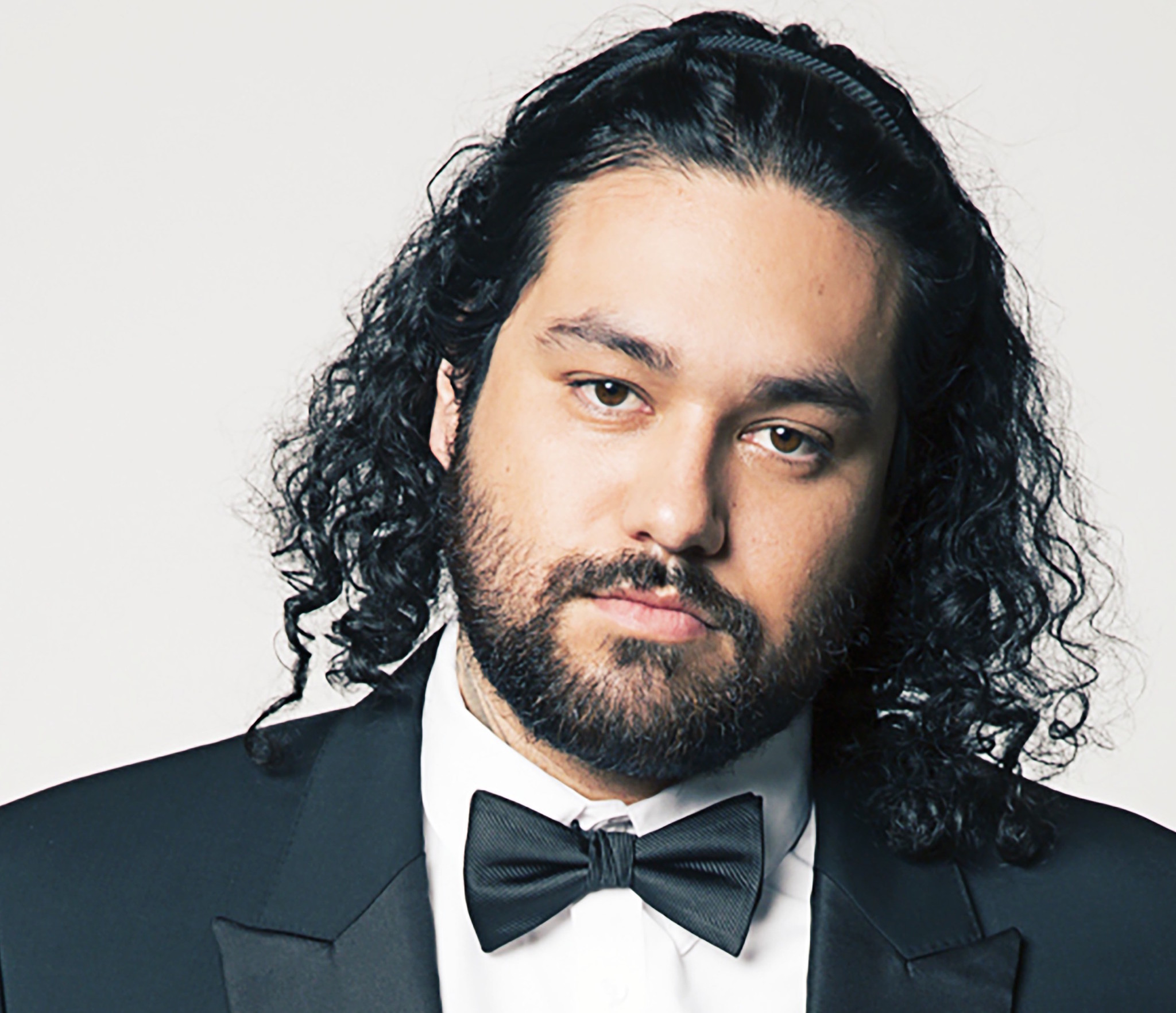 2017 was a huge year for Deorro, the Southern California producer put out his critically acclaimed album Good Evening, which showed the music world a whole new side of Deorro. He also just wrapped up his highly successful two month long Existence bus tour taking him across the country in the process. To wrap up 2017, Deorro will be playing a headlining spot at Decadence Arizona on New Year’s weekend. Arizona’s biggest New Year’s celebration has an absolutely stacked lineup featuring some of the biggest names in dance music including Armin van Buuren, Zedd, Steve Aoki, Destructo, K?d and many more.

We recently got to sit down and talk to Deorro about Good Evening, touring, Latin music and much more.

Tell me about Good Evening, the response to it, supporting it on tour, and where you think it’s taken you as a producer?

“For me, the vision I had was more of a like a showcase. To show the industry that there’s a lot more that I can do, and it did open a lot of doors for me. A lot of doors that veered me away from EDM, I don’t really want to get bored with EDM, not saying that I am getting bored with it. Me, as a music lover, I love all music, I really wanted to take those extra paths, and that album really did help with that. It’s so cool how a lot of th EDM stuff I do get to play at shows, and even the songs that aren’t EDM, people tell me to drop ‘Tell Me Lies’ in the middle of a heavy bounce set. I like to jump into the crowd and take photos with everyone at the end and I’ll have a little mashup of three album tracks back-to-back-to-back while I’m out there until they turn on the lights and kick us all out.”

You toured extensively this year, did you ramp it up a little bit, or was this normal, the life, how it goes?

“I just finished up the bus tour, which was fucking amazing, I had an amazing production team, my management set up an easy route for me, it was mostly in the Southwest. For me, what I did was I told management, yo guys, I want to take it back to 2014. I want to focus on EDM, I’m not going to focus on radio, I see a lot of people asking for EDM. Here’s the thing, for me, when I make a track, I always try to make it more diverse than my last track. You have songs like ‘Yee,’ ‘Bailar,’ ‘Perdoname,’ ‘Five Hours,’ ‘Flashlight,’ ‘Bootie in Yo Face.’ You have a group of people around ‘Five Hours’ that want another version of ‘Five Hours,’ and then people around ‘Perdoname,’ so I’ve got a lot to do. They say you can’t please everybody, but I’m the type of person who’s going to try. For that, I can do a lot of EDM stuff on the road, so that’s why I told management let’s take it back to 2014, when I was making those EDM tracks and touring. So it’s going to be a very EDM year for me next year, unlike this year where it was a lot of radio, and a lot of putting stuff out aiming for radio. Now I’m back in the EDM world, that’s where I came from, I can’t forget that, there’s a lot of people who want me to do that.”

Do you see yourself doing another album like Good Evening anytime soon, or is that something for later?

“’Good Evening’ was technically my fifth album, it’s my first legit album on a big label, everything else has been EDM. So every five albums I want to do something like that, but in between, my next album will definitely be EDM. Actually, no, my next one is most likely going to be a Latin album, and that one’s going to be all over the place too. But my next English album will definitely be EDM, like bounce all the way through, my style all the way through. Then I might make another one like ‘Good Evening,’ a whole piece, further along down the line.”

What’s your take on seeing all these huge Latin songs like “Mi Gente” and “Despacito” become massive radio hits and get multiple Grammy nominations?

“It’s tight man, for me, it’s a great opportunity for the Latin community to be exposed on the main worldwide stage of pop. There’s so many cool ideas you can do with Spanish that you can’t do with English. For example, a love song, there’s some amazing love songs in Spanish, that can be translated in so many different ways. But in English, there’s only so many different ways you can tell someone ‘I love you.’ In Spanish it’s very poetic, that’s just lyric wise. Music wise there’s so many cool vibes, like cumbia. It’s about having a good time, like merengue, reggaeton, it’s cool. I think the part that I’m most excited for, I’m stoked about the genres collaborating together. Rather than seeing an EDM artist going into the reggaeton world. For me that’s normal, what I’m excited for is seeing the two genres collaborate to make EDM-reggaeton. I love when new doors are open. I think it’s more about genres collaborating rather than artists.”

You’re going to be headlining Decadence for New Year’s Eve! How exciting is that?

“Yo, that lineup is crazy, man! You want to know something funny, I used to call it ‘de-cade-ance.’ I’m so glad I figured out how to pronounce it before I went on stage, I would have embarrassed myself. But, yeah, the lineup is mental. I’m going to try and drop three new EDM tracks there that I have coming up. One’s a collaboration with me and Dirty Audio.”

“On the release side, I have three for sure releases that are confirmed. One’s going to be on Dim Mak, one’s going to be on Ultra. The one on Ultra was actually supposed to be the theme song for the bus tour I just finished. But, Ultra wanted to release it themselves, so I was like, okay, fuck it, I’m down to wait. But it’s even better, because now I have a major label backing it. That one should be out right as soon as the new year starts. I also have a collaboration with Scandal from Australia, a collaboration with this young kid, he told me he looked up to, I was like yo, you’re shit is dope. His name is Bikstrom, his shit is bouncy, really good festival bounce, we’re working on something. Me and Steve [Aoki], we started talking about a collaboration too. It’s exciting, man.”

Where do you see EDM heading in 2018? It was bigger than ever this year and thankfully you don’t really hear any talk about the bubble bursting anymore.

“Honestly, this whole Latin thing coming in, has definitely opened a whole new side to it. I’m glad people are starting to realize there are no language restrictions in music. Look at ‘Gangnam Style,’ nobody knew what the fuck he was saying. You see Beyonce on the ‘Mi Gente’ track, Nicki Minaj jumping on stuff, that’s what’s up. Just because there’s a language barrier doesn’t mean anything. So long as it sounds good, people are going to love it. That’s something that EDM is going to open the doors right away. EDM is the platform that will accept any crazy idea. Whereas pop it has to be a really good hit for it to be accepted. EDM is very welcoming, like this year, you had so many genres come out of nowhere, and they blow up. They can get innovative, whereas in pop, it’s tough, you have to make a really big hit to start something new. I feel like that’s a thing that will happen, a lot of big EDM tracks in a bunch of different languages that people don’t even know.”