When EDC announced that EDC Vegas‘s 2018 festival would mark the debut of camping, many were skeptical. It’s no secret the Las Vegas desert gets extremely hot, even during the new event dates of May 18-20. But, EDC and parent company Insomniac have never been the type to skimp on their customers. When you attend EDC, you’re guaranteed an amazing experience.

Now only a few months out from EDC Vegas 2018, EDC has unveiled the map and details for Camp EDC. For any critics hoping for a Mad Max-like campgrounds, you’ll be disappointed. It appears Insomniac is going the extra mile to create a comfortable camping experience, and that includes many perks. Some of those perks are a central hub called The Mesa with activities, an oasis pool and more, the option to camp in air-conditioned tents and numerous water stations. Plus, campers can enter the festival through an exclusive entrance. This entrance sure beats the shuttle lines and trips that attendees have used in previous years.

Camp EDC will also have 24-hour food trucks, a farmer’s market, a site for playing sports, a go-kart track, showers and more. While camping at EDC Vegas may have initially sounded like a risky endeavor, Camp EDC may assuage your fears. Camp EDC runs from May 17 to May 21; head over to the EDC Vegas site for more details and check out the map below: 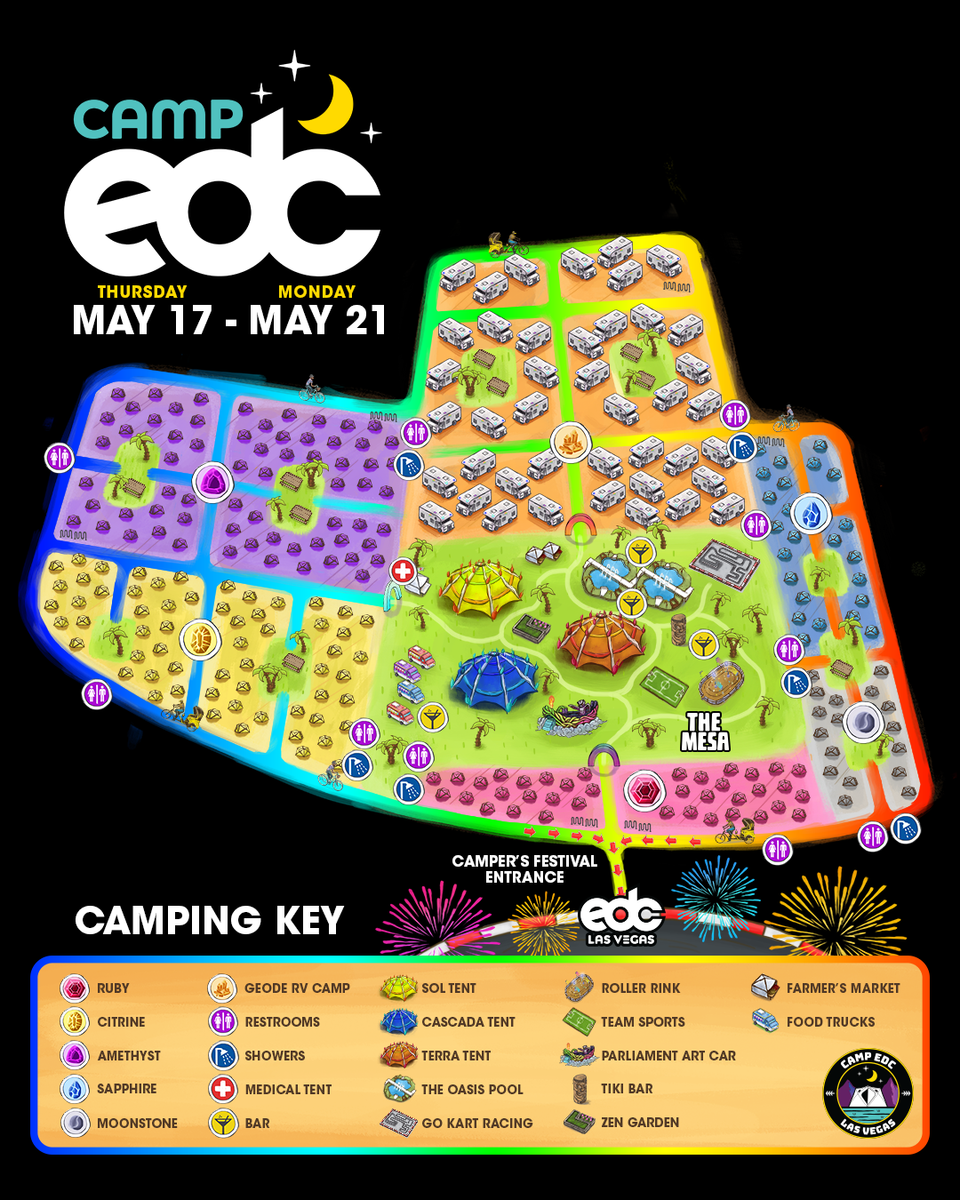