Q&A: Obeisant Gets Technical on His Process and How He Made His ‘Twin’ EP

Obeisant is an artist from New Zealand who got a mighty push in 2017 by being discovered by the Critical label for their Binary series. Since then he’s also caught the eye of RAM Records, with his “On My Mind” single from the Critical EP finding its way onto RAM’s 2017 Annual compilation. He’s also featured on the Lifestyle label annual for his track with Victim and another remix album for RAM. He’s also put out two EPs since the Binary release: Twin on Locked Concept and just last month the On Time EP on RAM’s sister label, ProgRAM. Suffice it to say Obeisant has put together quite a catalog in the short time he’s been releasing.

Your EDM caught up with Obeisant between the Twin and On Time releases to find out about his process. The New Zealander’s style is an interesting mix of early 2000s-inspired neurofunk tactics and modern techniques, so we encouraged him to get technical. We were rewarded mightily. For upcoming producers and fans who love the techy end of things, this is the interview for you.

We rarely ask this, but how did you come up with the name?

It’s actually an anagram of my first and last, mainly first name, Sebastian from an online anagram maker (laughs). It looked good on paper but it was the meaning that really resonated with me and just felt right. “A movement of the body expressing deep respect or deferential courtesy; a bow, curtsy, or other similar gesture. 2. deference or homage.”

Obeisant to me is about gratitude and respect to the music I love and to who’s come before me, my music is the embodiment and extension of that and on a personal life level I think gratitude is an important space to occupy; it’s also a reminder to try to avoid the dicks and not to be one myself (laughs). Thanks mum for making me a polite young man.

How did you come to work with Locked Concept on the new EP?

Lockjaw and I have been talking on and off for a few years and swapping music, I sent him “Inflatable” and ‘The One” as they were finished and he was digging them and wanted to sign them to Locked Concept. I thought “I Need” and ‘Twin” were in a similar vein so sent those through and I was fortunate enough that Louis (Lockjaw) wanted them. From there I knuckled down on the tunes, “I Need” and ‘Twin” needed more work and jigging around to get the pieces tight mixdown and arrangement wise, as they were older tunes. The other two tracks needed minimal improvements and came together a lot quicker.

How do you think this EP and the work on it is structured differently than your Critical Binary series EP? Did you want to match the labels or was it just a vibe you were feeling at the moment?

It was definitely a case of writing what I was feeling at the time. It always is. Most of my favorite tracks of my own start off with exploring a new idea or technique; sometimes that idea is looked at over the course of a few tunes. I’m sure some producers can relate when discovering something new it becomes bit of a go to for a while, whether it’s a new bit of music theory or a new way to approach bass sound design. In my case it’s trying to hone that, whatever that idea is. That, coupled with my current mood and life happenings.

I had a lot of time away from music after the Critical release (and during that time) I had a lot going on, so when I came back to music it was very much a therapeutic thing and I wasn’t thinking about labels or DJing. That’s when the early tracks of the Twin EP were made: “I Need” and “Twin.”

Twin EP overall is a lot more organic, musical and jungle-influenced (than the Critical EP).  To be completely honest I didn’t think any of those tracks were going to get signed! I thought they weren’t going to be the sound people would be expecting from the Binary09 follow up. One of the up sides to having personally spoken to Lockjaw and sending him music for a some time now, he kind of knows what the scope of my music is like, ie. from all the unreleased stuff, and then it was just a case of him and Lewis (Tellus) liking my music and supporting it. Thanks lads, means a lot!

You’ve been clear on Soundcloud and in other statements that the tracks on the Twin EP are influenced by an early ’00s aesthetic. What do you like about that era and what made you want to focus on it so heavily on this EP?

It wasn’t really a conscious decision to be honest. For example, on “Inflatable” the focus was the chords and how to continue to keep it interesting while keeping the main theme strong. The technique I was toying around with was stacking intervals in different octaves to give the next 16 bars more power or interest without it being too drastic, making this track from a more musical starting point as opposed to “big and bad.” Then came the sub that switches between two patterns that use different notes but the same rhythm every 16 bars, throw in some subtle edits and  it was enough to keep the track feeling lively, then the rest was built around that – it just happened to end up feeling like an early 2000s track so I narrowed in on that vibe to get it finished.

The other tunes also started with “oh, I’ll try this idea” and if it came out sounding 2000ish again it was just a subconscious thing from lots of listening to that era perhaps, I don’t know!

What I do like about the era is a lot of the cyclic, repetitive, driving, techno-like patterns. Guys like Konflict, Stakka and Skynet, Total Science – Total Sciene had a lot of interesting rhythm sections and syncopation going on, I love that! The genre was also less clean mixdown-wise. I liked the overall vibe of the era, it was a bit crusty and distorted, but still produced well to my ears, still lots of breaks in use too. I generally always start with a breakbeat that interests me, process it to a modern standard and make decisions based off its groove and aesthetic.  How do I make this next sound gel with this break? What’s a way I could make a counter point to this break in rhythm or melody? Those things heavily impact where the tune is headed from an early stage.

The tracks on the EP are definitely not all throwback, as they all have a modern edge. How did you strike that balance and how did you weave your own style into it?

Good question. I think a lot of the modern feel comes down to the arrangement and mixdown. Modern DnB moves through the song quite fast, generally speaking. It also depends on artist, type of track and label though. So a modern arrangement is already going to make it feel fresh:
32 bar intro>drop>16bar slight change>32bar big change>few other options on how to roll out next 24 or 16 bars>32bar breakdown>2nd drop do something different – that’s pretty much how I approach the arrangements. The next big thing is a modern mixdown, making it loud and punchy. Also maybe using familiar sounds in an unfamiliar way.

I’m struggling to answer how I weaved my own style into it…perhaps just through sample selection, sound choice, production experience. Nothing stays the same but it would be common for me to want a “hype factor” in the tune, also something that has a musical hook in it at least somewhere, then to try and pick a sound that I wouldn’t normally or that I think someone else wouldn’t. A lot of the time when making a creative decision I’m thinking “how can I be different” in this context (laughs), and if there’s a hint of something different in my starting loop to try and hone in on that.

It’s a lot of old DnB and music in general that really speaks to me so I try to keep some of those foundations alive – breakbeat processing, sampling, the spirit of rave, a deep rooted reggae/dub influence, an amalgamation of external genres and influence, but make it modern, somewhat technical, do some edits, automate stuff live.

If you had to pick, what’s your favourite track on the Twin EP?

I do like them all, but if I had to choose it’d be ‘Twin.” I’m really proud of the musicality of it, not bad for someone with no traditional music experience (laughs). It feels laid back, fluid, warm, welcoming and turbulent to me. The song, like the whole EP, has a special meaning and is a time stamp for me, so it’s nice to have that out. It also feels like a throwback to my teenage jungle obsession years just put into a modern format, which was the goal at the time. I was like “I’m going back to my roots man!” (laughs) 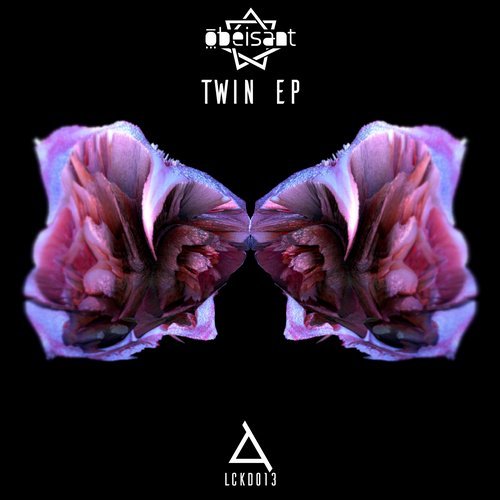 What’s one interesting fact about you or your production process that you want to share?

I’m bit of a perfectionist and am highly critical of myself and my own work. That can be good in the sense to keep pushing myself forward, previously bad in the sense of not knowing when to call something finished/acceptable but instead just obsess over it and hinder personal growth. I write music (and life) check-lists after bouncing early versions of songs and listen in the car to keep me on track when hitting the studio, and just getting shit done in general. Discipline is involved to get tracks over the line. It’s easy to smash out a rough structure but to make sure it all works together nicely, the sections flow, the sections sound defined, the edits are tidy, the mixdown is on point. There’s a lot of forensic work involved so staying organised with a check-list keeps sight of the forest for the trees. Not sure if that’s interesting (laughs).

Any plans to tour soon? If so, where?

With this Locked Concept release and a ProgRAM release that’s just come out it’d make sense to do so (laughs). DJing isn’t something I’m crazy about at this stage. It’s on the cards, I just have to attend to some more important life stuff first and focus on a few more big releases! Early days, plenty of time. (When I do tour) it’ll be NZ, Australia, UK then Europe, or straight to Europe, holler at me!

Any new releases/collabs you can speak about?

I’m part of a remix EP coming out on T3K Recordings soon alongside some Kiwi friends including Victim, which is cool. I’ve got some tracks with Victim on the go, perhaps an EP if it comes together. A collab with Resound, Instinkt and Scout 22 and Crematorium aiming to have finished in Q1 of this year. A bunch of solo tunes that haven’t been sent out yet, perhaps a remix lined up for a Locked Concept artist.

Twin and On Time are out now on Locked Concept and ProgRAM respectively, and can be found on Beatport along with Obeisant’s other releases. Twin is available to stream on Obeisant’s Soundcloud.