Levitate is easily set to be the next big thing out of the U.S in drum and bass. How do we know? Because Noisia say so. Easily the breakout of early 2018, Levitate’s Collapse EP, out earlier this month, stunned the drum and bass world not only because it’s been released on Noisia’s Division Recordings, but because it really is a breakthrough musical performance. The way the crazy, pitched-up melodies, crazier syncopation and deep dark beats are put together is really something special, and Noisia clearly knew it. Now it’s time for the rest of the DnB world to know it too.

Levitate is a concept guy, as is made clear by this interview. He’s got a really interesting process and when we asked him about it he spoke in such a conceptual way with such broad strokes that the listener or reader can really see the music arrangements as Levitate pictures it in his mind. Despite his highly technical work, he’s clearly an artist at core, and a very emotionally savvy one at that. That said, he’s also been very down to earth about his process and his journey. It’s not often we see the kind of passion Levitate has for his craft. Thus, Noisia or not, U.S. or not, Levitate is going to be a tastemaker in DnB in 2018 and beyond.

How did you hook up with Noisia and Division for this EP?

We actually had a mutual friend. Me and my manager Greg had mentioned to her that I was working on this project and a release through Division would be a dream come true, blasé blasé, she connected us through an email chain, and luckily enough Thys and Division’s management liked where I was heading with it.

Did you have a creative theme in mind for Collapse?

Yeah, but its difficult to articulate into words. I was thinking very textural and synthesetically about the themes and feelings I wanted to come across with this thing. I wanted it to come across dark but climactic, and modern/ industrial sounding, also taking a lot of influences of the more industrial DnB side of things.

How much, if at all, did the EP’s being on Division influence the kind of sound you wanted to make for the EP?

So it’s funny how that kind of thing played out. It was almost exactly 50% influenced by the co-sign of Division. I already had two and a half songs written that ended up on the final EP and the rest of the EP was written after talking about it conceptually with Thys of Noisia. So the excitement alone pushed a lot of the direction of the last songs that were written.

Most of the tracks on the EP have an interesting combination of minimalist vibes, cinematic synths, hard bass and melodic vox/high synths. How did you put all those elements together?

Its just what I know in my own music. In my own conceptual world where the art comes from, those are the instruments that fit the best, that I have the most fun playing with. Technically speaking as long as hierarchy is utilized correctly in production you can make almost any sound fit in a proper mix down, so from there it’s finding what best compliments the emotion you want to convey. For my tunes a processed voice and heavily distorted takes on conventional synths is what matches best.

With the synths and bass following one rhythm pattern and the drums syncopating in different ways on most of the tracks (especially “NoLongerAfraid” and “Shatter”), how did you work the composition and sound design to make those line up?

Well with “NoLongerAfraid” I had a singer essentially freestyle falsetto on top of a pre-written beat – shout out TezaTalks – and so that lead melody was her take on the bassline I had already written. But that thing always varies you know? In my mind with the exception of that song and a few other moments on the EP, they do follow the same pattern, its just more to a finer grid if that makes sense. More specifically I think in instances of 16th notes and have my fun weaving in and out on that grid with different cadences which I think is what a lot of sound-design oriented producers do.

How did you create the synth/vox element? It sounds vaguely of Hudson Mohawke but kind of pitched up to insanity. Was there a trick there to get the sound you wanted?

I get questioned about that a lot actually. I’ll save the producers out there the headache of trying to figure that out. It’s super simple actually: I pitch to whatever melody, then auto tune, then distort, then chorus. It comes down to the source sample a lot more than the processing if you do it correctly, subjectively speaking. But yeah, Hudmo (Hudson Mohawke), Lido and Shlohmo influence me a lot with the way I process vocals; mostly older Shlohmo if I’m being honest. 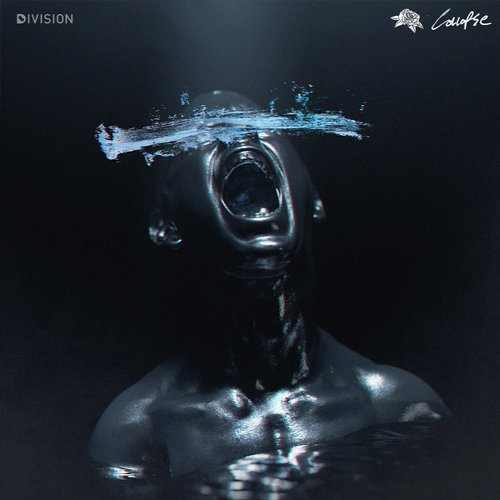 Speaking of influences, who are some of your major influences and how do you think they play into your sound and this EP?

At this point the list is so deep (laughs). I guess Moody Good is a huge one, almost to a fault I suppose, and I’ll admit that openly. Besides MG, Noisia, Former, Ö, Kanye West is a huge one. Cashmere Cat, Ic3peak, Arca, Flume. I don’t know, I could go on for a long time. Artists like Moody Good influence the ideas I have when designing sounds, whereas Kanye West has been a huge influence on arrangement and song structure.

What excites you about the different types of broken beats you used in this EP?

New cadences I wasn’t used to working with in the past. Even on this EP I don’t think I really nailed these contemporary DnB cadences (that are) used in slower tempos (so) I was trying to get better with (that). So moving forward as well, I’m trying to utilize more triplets and more percussion that uses the up-beat as well as swings that I haven’t mastered. Just that general I’m trying to get better at that fast-paced broken type of shit. That’s so damn hard to do.

“Contextualize” is a little different because on top of the melodic elements and heavy beats, there’s some clear funk to it and it has kind of the most standard “rave” styles in terms of builds, breaks and drops. How did you manage to get all those elements in there?

A lot of that has to do with the way that I write songs. I write them in the order that you hear them, completely linearly. So whatever the intro is, is what I wrote in my DAW first. With “Contextualize” I didn’t think the first minute was enough for me to feel like I fully completed the idea, so I wanted to use the tone that was already set to bring in ideas of even more somber and softer timbre instruments that almost cry after what should be the resolution of the first minute. I wanted to tell the listener that the idea isn’t over, as if that was just the opening conflict of a conversation that comes to a beautiful resolution by the very end of the song. Albeit that may sound pretentious, that honestly was my exact train of thought whilst writing the song.

How do you see your process in general? Do you start out with a framework of what you want and then fill in the gaps or do you just wing it and experiment until you hit on a sound that you like, or is it something else?

Believe it or not, but I swear to you, I write them about 70% in my head before I start to produce. Like I had said, 99% of the time it’s completely linear because by the time I’m putting pen to paper, figuratively speaking, I have the majority of the song thought out so I just bring it to life. With this EP there were a few songs that had some post-curation, specifically “NoLongerAfraid,” but “Pulling Teeth” especially stays true to the previous sentiment. Story telling is a lot funner to me than just tear-out sound design, although it can be super fun to just write some absolutely mental shit.

We heard you have some great collabs coming up. Please share anything you can. What other next steps are you taking going into 2018 in terms of production/collabs/touring?

More things with Macntaj are already in the works, DJ Ride and myself have a tune, also me and Kai Wachi are playing with some ideas right now so you can expect something from both of us in the future. Mayhem and I also have some things, and i think those are the only ones I can openly talk about. But believe me there’s some other artists I’ve looked up to for a long long time that I’ve started working with just recently, that I really can’t wait to chat more about. As far as the future, we, myself and my management, plan for a lot more touring, as opposed to keeping my head relatively low. That being said, I’m working on this audio/visual project that I plan to tour a bit later this year. It’s honestly the most artistically satisfying but difficult project I’ve ever worked on. Ideally when this is all finished I will be doing both my original visuals and original music live.

What’s one crazy thing about the way you work in the studio that you don’t mind sharing?

I have EA Skate 3 on deck at all times to play on the side while i listen back or render out audio or visual stuff. Honest to god, I think I’m about top five in the world at that game!

Levitate’s Collapse EP is out now on Division recordings. Click here for all purchase options.