This Never Happened: An Exclusive Interview with Lane 8

by Cody Smith
in Interview

We recently attended Lane 8‘s Little By Little Tour in Tampa and left very impressed. While the music and production were great, one aspect stood out: the This Never Happened concept. By asking everyone not to use their phones and wrapping red tape around attendees’ phone cameras, the dancefloor became united. It was a rare sight to see, but once we cannot help but appreciate.

Your EDM got a lucky opportunity to interview the man himself via email, learning more about his new Little By Little album, his mixtape series and more. Check out the full interview below:

Your new album Little By Little has received great reviews, and the new songs received great responses at your show I attended in Tampa. How did you originally plan on adapting the album’s songs for your live sets?

As the album started to take shape, I knew that a lot of it was a bit too mellow and introspective to work well in a live setting. That has been the case with a lot of my work, and it’s not something I really struggle with – trying to force a melancholic song to “work” live with a super banging remix or edit. I think it’s OK if some songs on an album work well live, and others are more for home listening. And if people love a track, I’ve found that you can play it successfully even if it’s pretty chilled out – you just have to find that right moment! 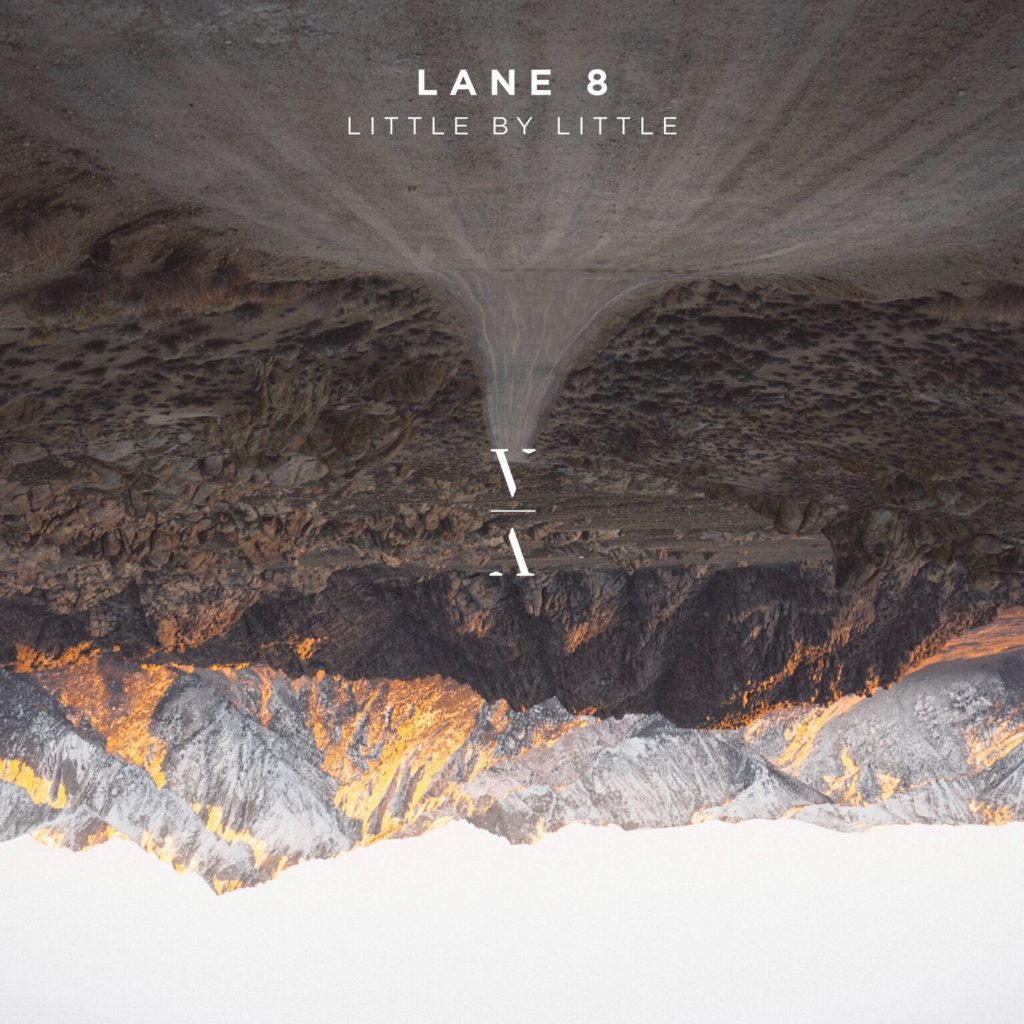 How did the collaborations for Little By Little come to be? I’m particularly interested in how you began working with Poliça.

We got in contact with Channy from Poliça through her publisher, and were lucky enough to land a collaboration with her for my album. She’s an extremely talented songwriter and singer and it’s a real honor to be able to use her vocals. The other three collaborators – Patrick Baker, who I’ve worked with before, and Fractures and JF July, who are new friends of the project – were all really seamless and fun to work with. I really hope to make more music with all of them again soon.

I also noticed a startling phenomenon at your Tampa show: no phones in the crowd! The This Never Happened model seems to be working quite well. Are there any plans to expand the concept, perhaps to festivals or curated events?

I think one of the big reasons why we have had success at our events thus far is that we have kept the growth steady and natural, rather than trying to plaster our name over every event that would have us. Right now we are focused on making Lane 8 headline shows, which are all This Never Happened shows, the best possible experience for our fans. All the other stuff will be a cherry on top when we get there.

Speaking of This Never Happened, your record label has grown into its own pretty quickly. What do you hope to accomplish with the record label in the future?

We have two pretty simple objectives on the label side – release the best Lane 8 tracks and also introduce new talents to the world and try to give them a wider platform. I’m really proud of the artists we have signed so far – in particular Anderholm and Khaen, who appeared on the label last year, have sent some incredible unreleased stuff to me over the past months that we are really excited to release on TNH. We’ve also started to trickle out some remixes from Little By Little from artists who are supporting me on tour – like Enamour, who just remixed “Skin & Bones” – we’ve got some really exciting music from him coming soon too. 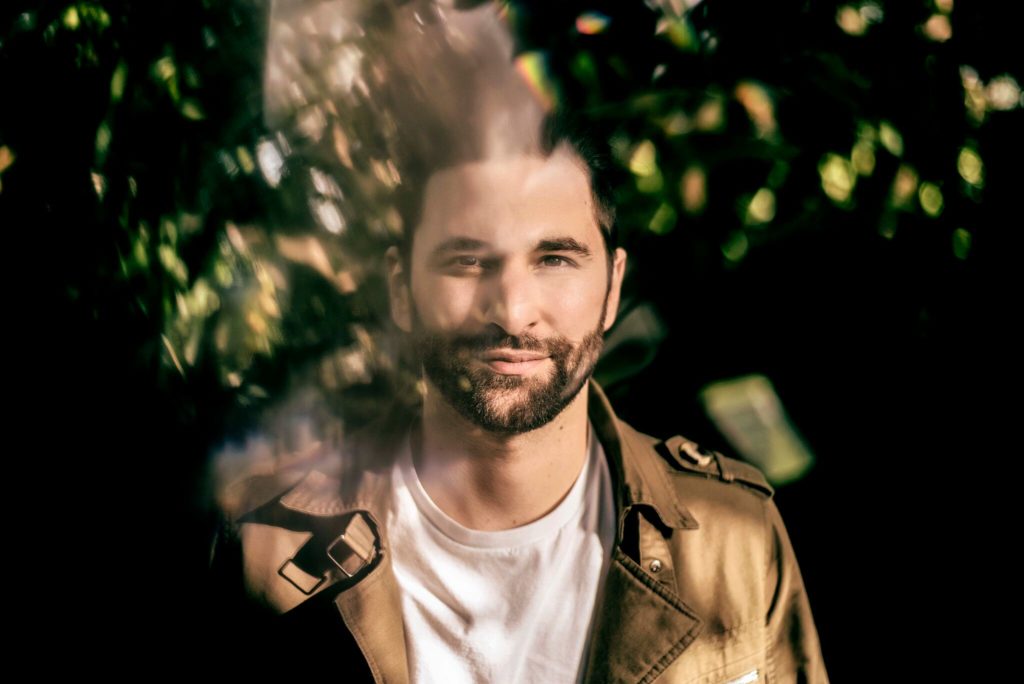 While running your own record label gives you more creative freedom, I’d imagine there would be some challenges as well. What obstacles have you faced in running the This Never Happened record label thus far?

The main challenge is that we don’t have a team of people with lots of experience running things behind the scenes, like Anjunadeep or Suara, where I’d released in the past. We are doing everything ourselves, and we’ve had to learn how to run a label essentially from scratch. Luckily, my manager, Allan McGrath, has lots of label experience and helps us run things smoothly and in a much more professional way than I’d ever be able to. This allows me to purely focus on A&R – finding new music and nurturing the talent we sign.

You usually DJ when performing, but there’s been occasions where you’ve hosted a live show with instruments and vocalists. Do you foresee a more live show that incorporates the Little By Little songs?

I’d love to do a live show down the road – I have a background playing instruments and would love to incorporate it into my shows down the line. It’s one of those projects I’ve been working on for a long time, and want to make sure I do it right once I do start playing more live.

You’re a fairly recent father, congratulations! How has becoming a father impacted your songwriting and producing?

Appreciate that. I wouldn’t really say it has affected my producing that much, as weird as that may sound. I’m not someone who gets directly inspired by someone or something and then writes a track about it. I am more of a tinkerer, it takes me lots of time and effort to create anything worthwhile. Since Heidi was born, I’ve definitely had less time to tinker around in the studio, but I definitely use my time more efficiently now that I know I only have a few hours a day to make music – and that time pressure actually helps kick my ass into gear a lot of times!

You’ve maintained a solid progressive house sound over the past several years, but Little By Little finds you exploring poppier and techier aspects of your sound. How do you strike a balance between upholding what people expect of your sound and experimenting in new directions?

I think what ties my music together over the years is the focus on melody and emotion, which are absolutely fundamental to me as a music listener, as well as a producer. So I don’t see a problem with trying out slightly different sounds, as long as I stay true to the emotions I want to represent and the melodies I hear in my head.

Your mixtape series has done wonders in exposing people who tend to listen more mainstream EDM to artists like Kiasmos, andhim, KiNK and others. What’s your process for selecting songs for each mixtape installment? Is it more of spontaneous DJ set or do you pre-plan certain tracks or progressions?

It’s funny you mention that because I think a lot of “underground” artists have music that can appeal to wide mainstream audiences – in fact that’s one of the reasons I think my mixtapes have had the success they’ve had. For me it’s just about picking lots of music that I’m excited about at that current moment and weaving it together with new music of my own, or new music from my label – in a way that has a cohesive flow and vibe. It’s difficult to explain the process, but it’s not just about getting 20 really great songs and stitching them together. They have to gel in a way that makes sense – which I think comes from playing lots of gigs and learning which types of songs make sense together and which don’t. Sometimes when I’m putting the mixes together, I’ll have to leave a track I really like out of the mix, because it doesn’t fit in properly with the songs surrounding it. I think that’s hopefully one thing that draws people to my mixes, is the attention paid to how every single track fits in with all the others in the mix.

You concocted the This Never Happened live show concept to address your issue of people clinging to their phones and/or social media platforms while on the dancefloor. Are there any other aspects of the live show format or problems with live shows you’d like to address?

I think there are a lot of issues within live music that I’d like to help address. To single out one issue, I worry about the potential hearing loss I am contributing to causing to folks who are in clubs and venues listening to really loud music. I always try not to push volume levels too loud whenever possible, as I do feel lower volumes often sound much more musical. Many venues are sadly not equipped to create an immersive audio experience without driving levels, though, which gives you the lousy choice between weak sound, or harsh sound. I’d love to incorporate more sound engineering into my future tours, as I feel like it is one of the key areas of live music that is still a bit of a mystical dark art.

Haven’t seen Lane on tour yet? You’ve still got time! Check out his remaining tour dates below: