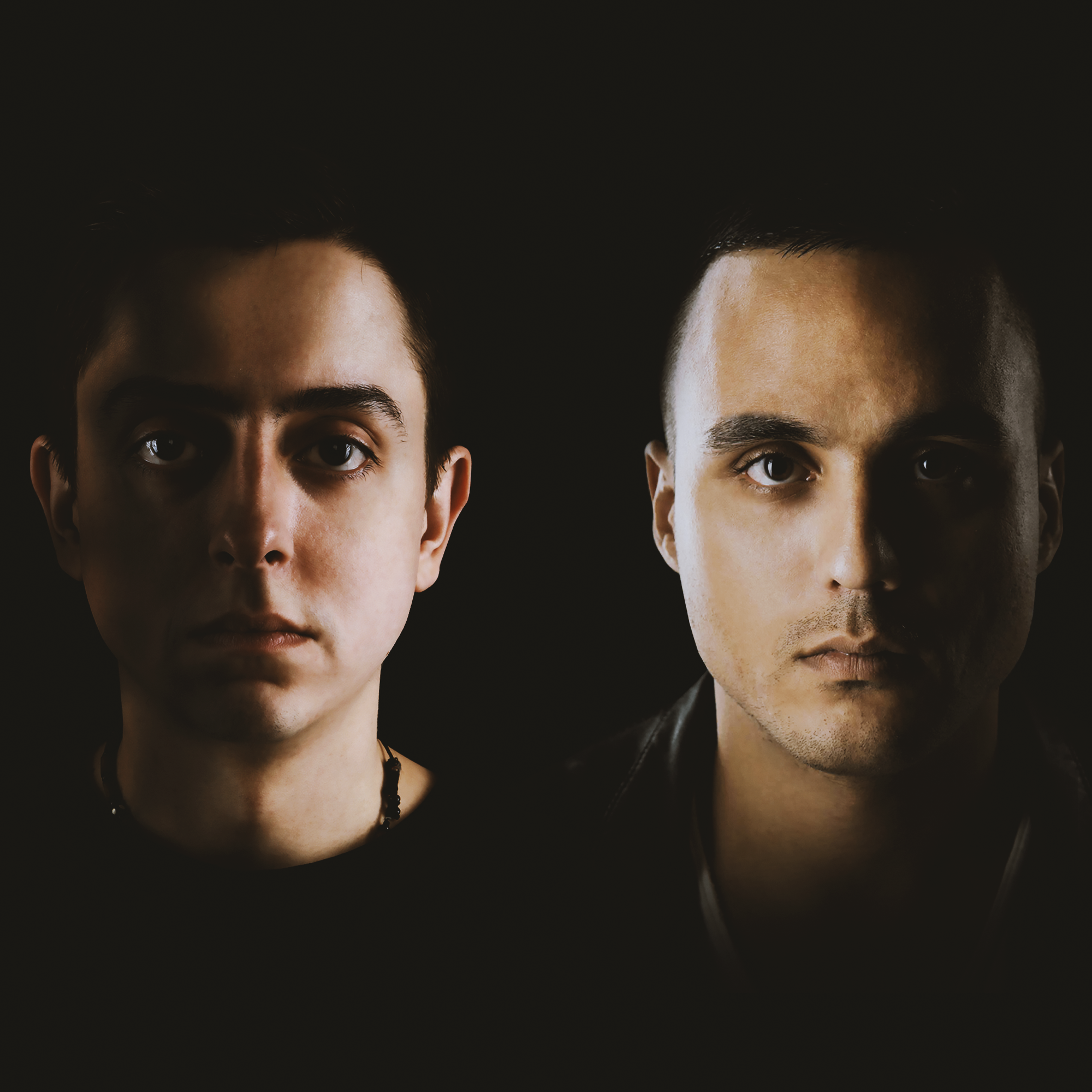 2018 seems to be the year of breaking boundaries and emphasizing the modern characterizations and obscure origins of the main reason most of us fell in love with music in the first place. Magnetude is a prime example of that. With their groundbreaking debut on Ram Records just recently, the duo themselves have already scratched off a massive goal from any drum and bass producer’s list and have only just begun. Just after their release of “Snatch/Signals,” the powerhouse partnership of James and Rustam, Your EDM has had a few words about the new signing, their plans for 2018, and all things Magnetude.

Hey guys! Sick to be having a chat with you guys. How goes it? Quite busy as it seems! How is 2018 treating you thus far?

James: Thanks so much for having us. We are only a few months into this year and things are already moving at such a fast pace since announcing the signing to Ram. The support we have seen thus far has been mindblowing. We are extremely optimistic about what this year will bring.

Rustam: Releasing on Ram was always a goal for us both and to land on there and kick the year off with our first release there is really inspiring, motivating and is a driving force for us going forward and we believe that this year can be our strongest year yet.

Tell us a bit about the duoʼs origin (to those of our readers that are unfamiliar,) and how it came to be? Having two minds in the studio can be an intricate process. How do your normal studio days go down?

Rustam: We have known each other for almost 8 years and I was previously releasing under Rusty K and we met through my works with Close 2 Death where James was helping me with paperwork, giving me a lot of constructive advice and direction to my tracks. I felt we worked really well together so I asked him to manage me and he accepted the offer. After some time working together and he would send me ideas he was working on and when I would send him ideas I was working on, we decided to finish some tracks together and see where it would take us.

James: When we had a small package of completed and almost completed ideas we thought to approach some labels with our ideas and who would welcome this particular style. Lifted Music had always been a massive admirer of Rustam’s productions, so they were all ears when we approached them with our first fully written track which was “Broken”. They fell in love with the track and wanted more, so we sent them over a package of completed and almost completed ideas which became the final product of our debut release “Hyperdrive.”

Rustam: When we had the EP almost finished, Lifted then told to us “The music is great, but what name will you release under? You need a new name”. We never really thought about that at all until they said and it took months of back and forth ideas until we had a name we were all happy with for the project.

James: We all had different ideas for the name, and it was Rustam that came with the name Magnetude. We used an “E” instead of an “I” so that we would be easier to find should people want to search for us.

Rustam: In terms of the writing process, a lot of collaborative projects tend to have numerous disagreements in a track, but we have worked together for so long that we know how each other works from the inside out and we absolutely trust each others abilities.<s

Is it an in-person thing or do you guys just send back ideas/ project files?

Rustam: Our writing process is quite straightforward. We just sit and pump out ideas and send them over until we each find one that inspires us and go from there.

James: It was much harder as we were using separate DAWS (Rustam – FL Studio, me – Cubase), so we would have to bounce everything down and work with Audio files. It was such a time consuming process, especially when we were at the final stages of a track.

Rustam: When we met last year we had a good chat about how to improve the productivity of our project as these days it is essential to have consistency, and we came to the conclusion that it is better that we run everything through 1 DAW. While I was with James, he showed me Cubase but there were so many simple things things that were so tedious in Cubase which I explained to him were so easy to do in FL Studio, that James decided to switch to FL Studio.

James: Rustam has used FL Studio for almost 15 years using so it was a no-brainer to be honest in me switching DAW, plus 1 DAW now means that we have a new level of potential and can now maximise our output.

2017 was quite a mental year. What are some highlights from each of you, and why?

Rustam & James: There are so many highlights to be honest, but we can both agree that for us, we would say that meeting for the first time ever in September after almost 8 years of knowing each other was the biggest highlight for us both and one we shared. For many years we spoke about “That Moment” and it finally came true. In that time we played our first gig together which was a Blackout Party in Zurich with Julia Marks.

At what moment did you guys decide that youʼd both wanted to pursue Magnetude as your main project? Was there a deciding factor?

James: There really was no deciding factor to be honest. I think things moved so fast when we announced the project and everything just felt right from the moment we started writing together.

Rustam: I totally agree and the fact we are very good friends and support each other too, everything just feels right. I still have my Rusty K project which I now put out free downloads of experimental tracks and bootlegs too.

What do you guys think of the current state of drum and bass as a whole? Do you think that it has lost a bit of itʼs ‘funkʼ and got too ‘clean?ʼ Or do you think maybe itʼs headed in a direction that the sort of ‘funkyʼ undertones will really sprout to the top? Give some professional insight on the future of the genre based upon your experiences.

James: This is a very good question. This year has seen so many artist run labels pop up, which is awesome. Artists wanting to have more control over their music and push their own vision which I think is great. I think this is partly to do with labels restricting them and telling them how their music should sound basing it on “This is simply not what the kids want to hear”. The genre which was built on an experimentalist rule breaking mindset now has rules, and I believe a lot of artists have grown sick and tired of being told how they need to write their music… Well that is from what I have heard from a number of artists.I believe this emergence of artist run labels is very healthy and can allow the artists to go back to their roots and release music they believe in, as maintaining artist integrity is such an important thing, and being able to write the music you feel as an artist is so important to keep the love for what you do there.

Rustam: The current quality standards are so high now which is great and I believe that the scene is the strongest and healthiest it has ever been and I feel that a lot of producers have found their own style, but I do think that a lot of tracks are predominantly focused on engineering and loudness with incredible sound design that the composition side is unfortunately forgotten about. That is not to say that there are not a lot of great tracks out there though.

Speaking of funk, there is quite a bit of it in your new tune “Snatch”! Itʼs quite special how you can transition such an obscure introduction into such an absolute banger. Tell us a bit about the process in which it was made, which came first- the drop or the introduction?

Rustam: The aim was to create something that relates to that era of what Ram stands for – daring, forward thinking, musical, and with our own unique take on this era but bringing it forward into today. A lot of Ram releases back then were very “storytelling” and we also tend to create visions when we are writing tracks and try to close our eyes and imagine scenarios and with that in mind we started working on the main element of the track, and wanted something reminiscent to a rock band , but also synthetic.

James: Once we had the base for the main groove locked down, then came the vision aspect in which we both said had a kind of mischievous “Pink Panther” 1970’s action movie vibe. Rustam came with the vision of a bank heist, and then we thought about an intro to to add the flutes and the base of the intro.

Rustam: When we showed it to Jim @ Ram, he was instantly hooked and even encouraged “More musicality!!” which is such a great boost for us as we want to go into a more musical direction

Lastly, are there any big plans for 2018 that you guys would be keen to share? Thanks in advance boys, Big ups!

Rustam: We are currently working on our follow up single for Ram and some collaborations with a few artists.

James: We can’t give out too much information but the year is still very early and so much has happened already. We are really looking forward to what this year brings.

You can purchase their brand new single here: https://ram.lnk.to/MagnetudeTW