by Matthew Meadow
in Events, Tickets

Fresh off his remix of Cazzette’s “Run The World,” PLS&TY has announced his spring tour across the US. With still more dates to be announced, he’ll be hitting all the major cities like Los Angeles, New York City, Seattle, Miami, and Phoenix.

PLS&TY is quickly becoming one of the most distinguished stars of the future bass world today. Remixing classic RnB and hip-hop tunes to amazing effect, rising forward-thinking producer PLS&TY has already amassed tens of millions of plays on Soundcloud alone and hit the #1 spot on the HypeMachine charts an unprecedented thirteen times – and all this in the space of just one year.

Check with your local promoters for tickets and availabilities – see the dates below! 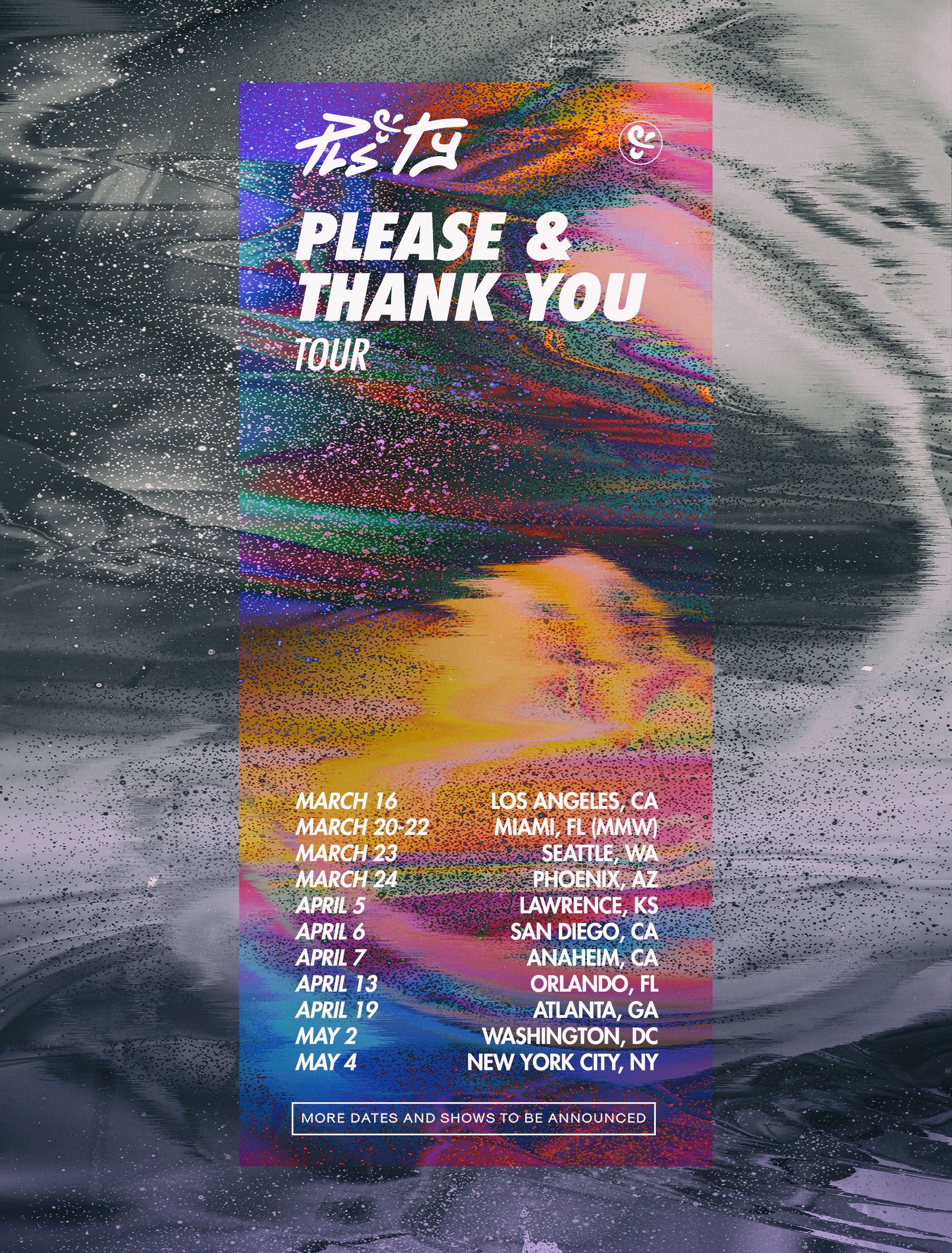