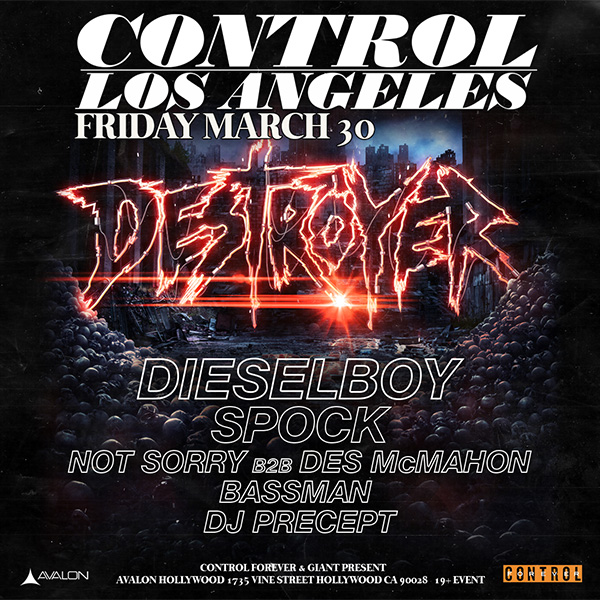 The Destroyer, the bringer of bass, the legend Dieselboy is making his return to Avalon Hollywood tonight for a show that you won’t soon forget. Dieselboy has been a figurehead in the American dubstep scene for the past two decades and even now, he isn’t slowing down.

His mixes are heavier than ever and his thirst for life seems to only be satiated when he’s brought hundreds or thousands of people to their knees with his unrelenting bass.

Supporting Dieselboy tonight are a few of LA’s heavy hitters like Spock, Des McMahon, and DJ Precept. Tickets are still available here – listen to Dieselboy’s most recent mix below.