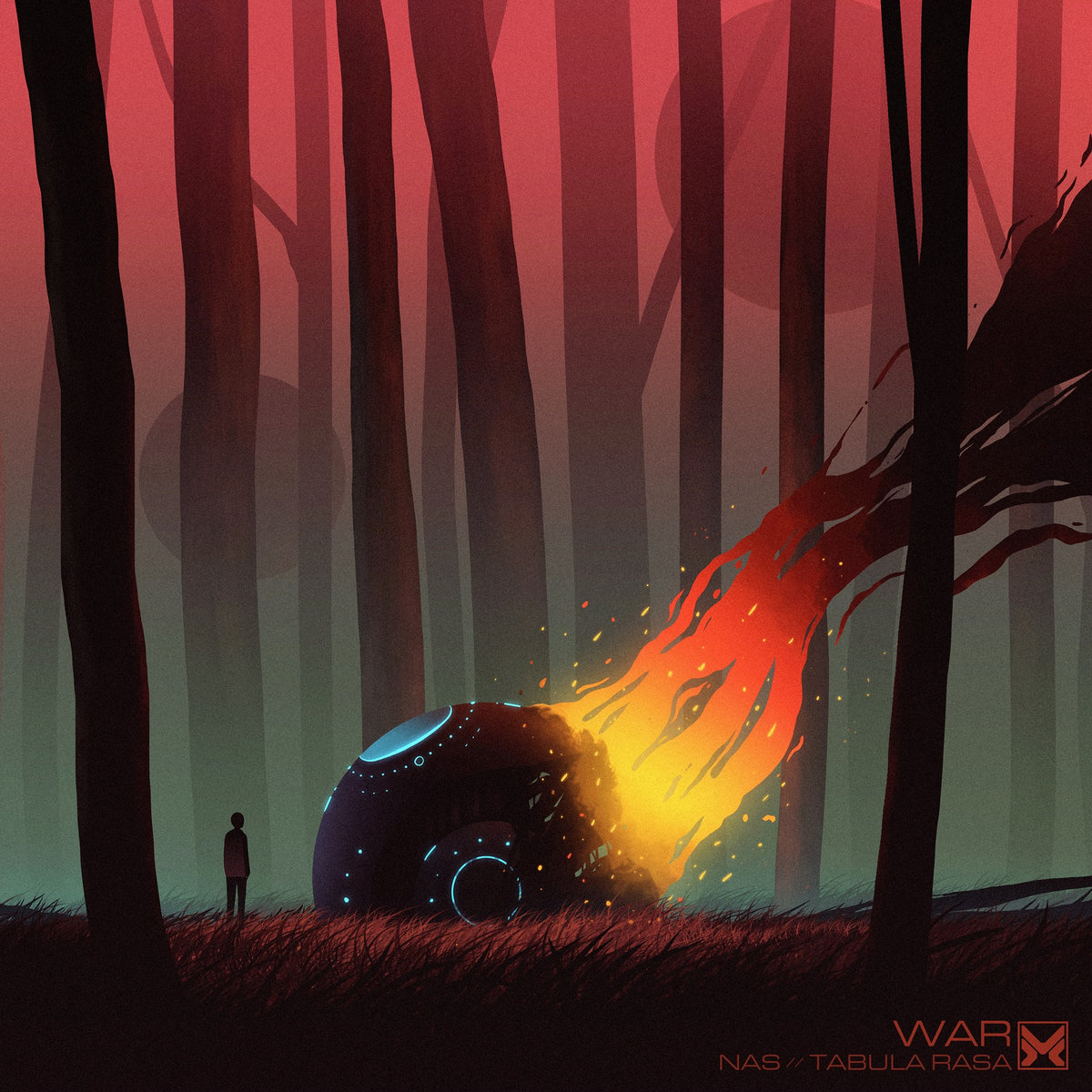 Your EDM Premiere: Get Ready for WAR’s New EP on MethLab

WAR is a French producer now based in Bristol who’s been making the rounds with his big sound, having already released on Dispatch, C.I.A. and Commercial Suicide, which means he’s already got the attention of some major heavy hitters in drum and bass. One might think that WAR’s  collabs with Total Science and Hydro on C.I.A. and Commercial Suicide were the reason MethLab picked him up for this single release but in fact the savvy MethLab released his Invisible EP as well as a track called “Davarza” in a multi-artist LP. The two-track single is out on streaming platforms and will be released worldwide on Thursday, April 5. It also has a bonus track which effectively turns it into a mini-EP and shows all the flashpoints of why WAR is in high demand right now: his diversity, his sound design and his teeth-rattling bass.

“NAS” is the first track on this release and it opens into an intro that many fans might expect from MethLab but not necessarily from WAR. Once the bass and drums drop, however, it’s all a big surprise. The heavy bass drops at the beginning of each phrase are impressive enough, but the fact that WAR manages to pair them with rolling snares, a techy sub synth and two classic jungle sample synths similar to or possibly even taken from John B’s “Pressure” circa 1999. That’s a lot going on in one track, but it also sees snare break switchbacks and heavy double drops. In this one track WAR is able to show he can incorporate both modern and classic style and technique without making it seem like he’s jamming everything together.

A similar concept seems to arise on “Tabula Rasa”in terms of the way WAR incorporates styles. “Tabula Rasa” has a lighter, classic flavor in the intro but then the intelligent bass drops like it did with “NAS” and then actually makes up the sub synth. This track is a little more simple than “NAS” in terms of the elements it has, but the sound design is just as clean and the bass just as heavy. In fact, one could play these two tracks back to back and it would just seem like one long track as far as basslines and syncopation are concerned.

“Acumen” is effectively the bonus track on this release but it’s clear it definitely should go with “NAS” and “Tabula Rasa.” The sub bass syncopation here also matches up with the first two tracks, but the beat is more of a kicky one, with a between-beat snap and slightly more sparse snares. Here the classic style for WAR is how he builds the track, adding layers throughout the intro until the first drop. After that its construction and sound design will seem a little more in line with modern methods but the bass stays just as low and intelligent as the other two tracks. On top of that a great ravey techno synth rides over all this heavy bass to brighten the track up in a way that doesn’t take away from said bass.

It seems that on this new release, WAR is really all about the bass, and more specifically the sub bass. Each track on this single +1 shows that he took great care to make the bass as alive and fluid as any synth or melody would be. Fans of darkstep, intelligent drum and bass, jungle and early neurofunk right the way up through modern jump up will enjoy WAR’s new release on MethLab as it incorporates so many styles to flawlessly.

“NAS,” “Tabula Rasa” and “Acumen” are all available to stream on Soundcloud and can also be purchased on MethLab’s Bandcamp page. The tracks will be available on all other platforms on Thursday, April 5.