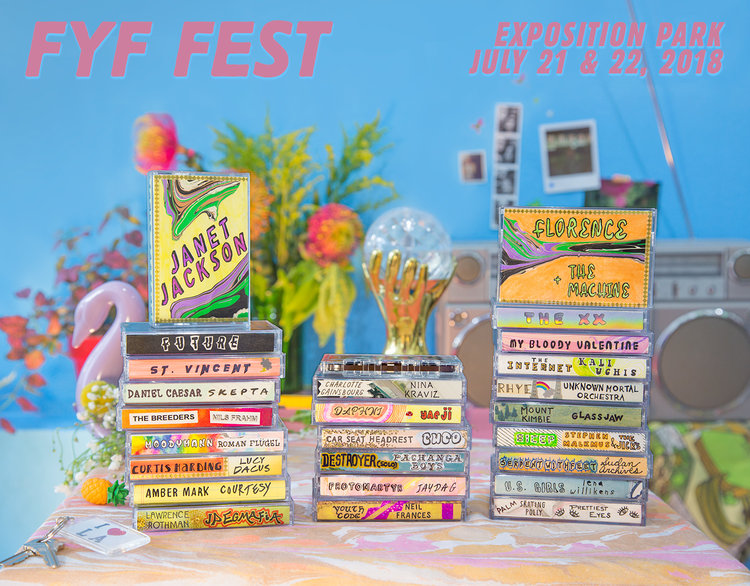 After much consideration, we have made the difficult decision to cancel FYF Fest 2018.

Our team of many women and men have worked tirelessly on this event for many years but felt unable to present an experience on par with the expectations of our loyal fans and the Los Angeles music community this year.

Big names like Florence + the Machine and Janet Jackson were set to take the stage this July along with My Bloody Valentine, St. Vincent, Skepta, Nina Kraviz, The XX and many more. Although the festival is a no-go, FYF does plan on announcing some smaller events with some of the lineup’s amazing artists, so stay tuned.

Goldenvoice unexpectedly parted ways with the founder of the famous California festival late last year. It was later found out that sexual assault accusations had surfaced against Sean Carlson. It’s unclear what sort of impact that may have had on FYF.

Surely, this has been a difficult time for organizers and this news comes as a huge bummer for fans. Some sources are blaming the cancellation on poor ticket sales. Still, you have to give FYF credit for calling off early and offering up refunds.

According to FYF’s website, there is no action necessary on your end to get your money back. More information via fyffest.com.

After much consideration, we have made the difficult decision to cancel FYF Fest 2018. Our team of many women and men…