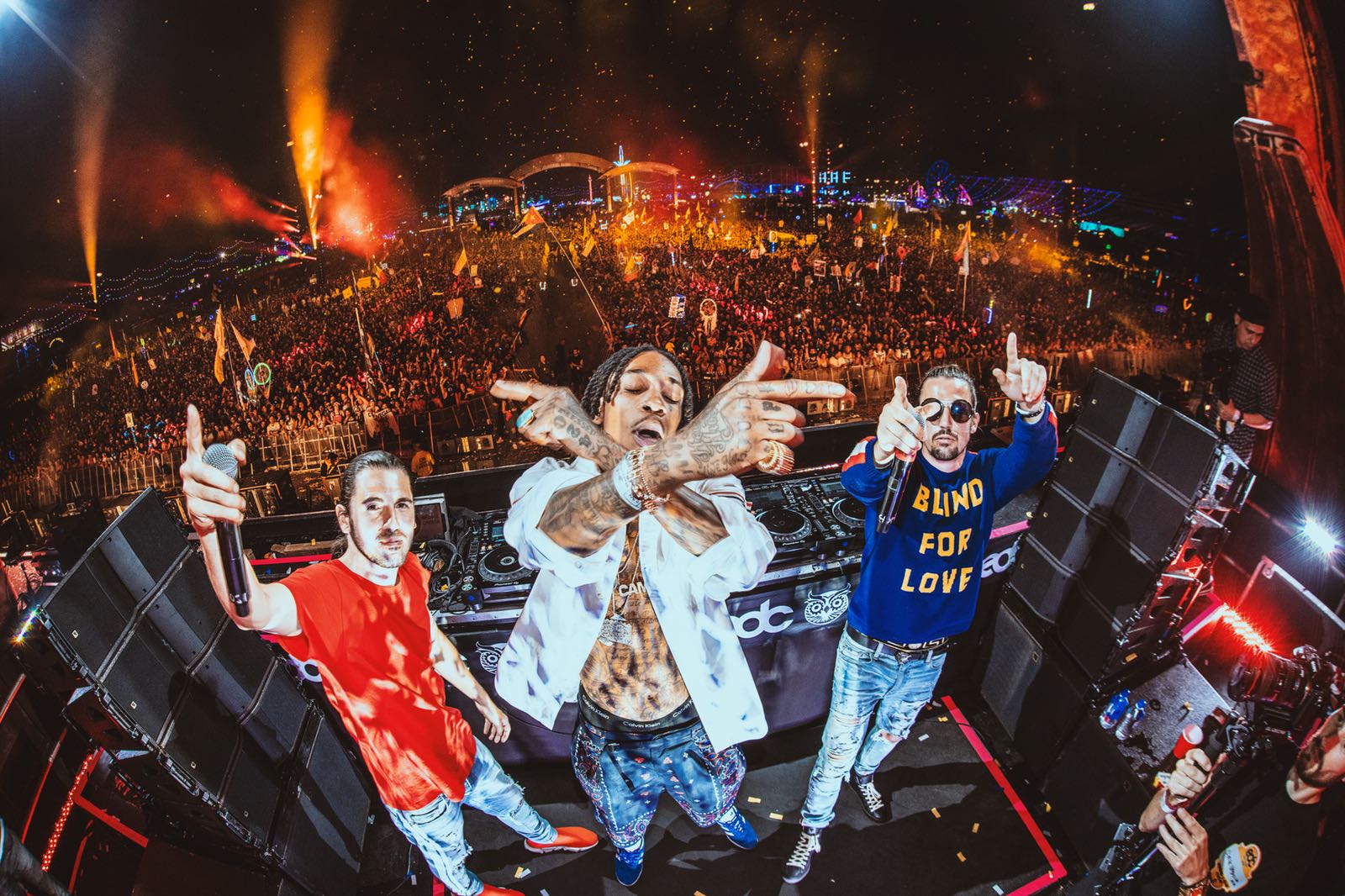 The first day of EDC Las Vegas is behind us, and as over 100,000 ravers sleep in their ShiftPods or hotel rooms right now, the rest of the country is just waking up. We’re still catching up on all of the special moments that went down over the long night, but Wiz Khalifa coming out for Dimitri Vegas & Like Mike’s set at kineticFIELD is definitely one of them.

The artists played a new collaboration between them called “When I Grow Up,” as well as dropped a new hardstyle remix of the track, thought to be by Brennan Heart. The same sequence was played last year at Tomorrowland, though was without the assistance of Wiz himself.

Starting their set at 10:30, Dimitri Vegas & Like Mike were definitely one of the earliest artists to bring out a special guest for their set (Whethan also brought out Oliver Tree).

Check out a clip of the moment below!

Dimitri Vegas & Like Mike Ft. Wiz Khalifa – When I Grow Up