When it comes to drum and bass, Current Value isn’t only on the leading edge of production and innovation, in many ways he is the leading edge. Having experimented with synthesizers and sound design from a young age and being a sound engineer with an actual degree, it’s clear from this producer’s work that he loves to experiment and innovate with sound and he can definitely be credited, along with Noisia and only a handful of others, with pushing the sound design innovation level of drum and bass into overdrive. With his new Consequences EP, out last Thursday June 14 on MethLab however, DnB producers are going to have to get out their NOS tanks to keep up.

The first striking and cutting-edge thing about Consequences is the album art. It’s pretty well known that Current Value, real name Tim Eliot has been teaming up with MethLab and their new graphic design project called Megaton to create CVAV, an audio-visual experience for CV’s live shows that takes them to another level. It seems now that Eliot wants to push even more visual boundaries with the album design. Before Consequences came out, MethLab previewed the EP with this impressive gif/short video in which aspects of the album art are actually moving. Designed and animated by Felix Rothschild of Megaton, the image moves with a short audio sample from the lead track on Consequences, “Certainty.”

The album art was an eerie intro to Consequences and also went along with the EP’s theme perfectly. The figure in the image seems to be in some sort of limbo or purgatorial dimension, and the animation has the figure walking forward but then constantly being pulled back as the video rewinds. The titles of the tracks seem to echo the feelings conjured by the image: “Certainty,” “Consequences,” “Interplay,” “Tilt,” and “Don’t Leave.” Each track feels like it’s taking the listener on an emotional and sonic journey, and each track is part of a larger journey. Perhaps the journey is meant to mirror life and the folly of being human. Maybe it’s all coincidence, but knowing Current Value, however, there’s always more to his music than meets the ear, and now the eye as well.

The music itself stands alone as its own innovation as Current Value’s work most often does. There are surprises at pretty much every turn on this release, starting with “Certainty.” The intro to this track is almost alarming due to its starting off as basically liquid. Listeners may actually check the release to make sure it’s Current Value. As more elements of this track layer onto the beat, however, it’s clear who’s controlling the DAW here. By the first drop with its clean, screwed down techy synth, “Certainty” is quite certainly CV. Relating back to the track titles, “Certainty” almost literally sounds like being in the driver’s seat of a car on a well-known road feels: peaceful and in control. As the track winds down, however, the ambient and foreboding outro gives the listener the sense that there are other elements at play.

Enter “Consequences.” Musically, the EP’s title track is almost all sound design with experimental beats, overlapping and chaotic synths and Venetian Snares-like syncopation. It’s chaos personified. The track emotes chaos, confusion and even fear so well that if one isn’t totally focused on the incredible production, images of such chaos and confusion will pop into mind; perhaps something similar even to the CVAV visual shot. Whoever got these consequences on this journey likely had a tough time of it. 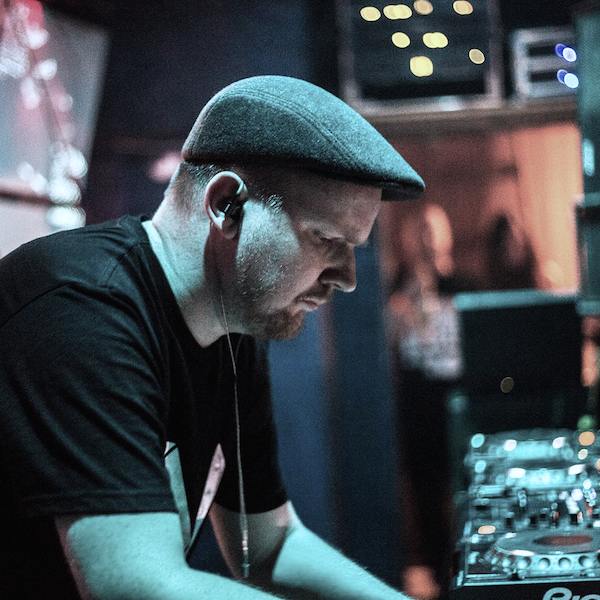 It’s difficult not to write a volume about each of the tracks on Consequences; it’s that rich both artistically and from a sound design perspective. “Interplay” sounds like the back and forth of a really cool tennis game in space or maybe a fatalistic Newton’s Cradle. “Tilt” sounds and feels like a space race scene in a Star Wars movie that hasn’t happened yet. The album closer “Don’t Leave” is heartbreakingly beautiful in its melodic parts yet will cause shudders in the metallic, robotic synths that make up the mid line or music.

Consequences is feeling versus building, love versus metal and science and thought. It’s truth and Consequences, pardon the pun. Through this EP, if one looks hard enough one can see the duality of life itself. Whether hyperbole or not and whether intentional or not, this EP inspires deep thoughts and feelings on top of being a masterful piece of production and sound design. That’s the true innovation of Current Value: his work can go beyond the senses into the core of feeling and existential thought. Consequences rivals anything the major innovators have done in electronic music, even Kraftwerk. That’s not hyperbole; that’s what great music does, and that’s clearly what Current Value can do.

Consequences by Current Value is out now and can be purchased on Beatport or MethLab’s Bandcamp page. It’s also streamable on Soundcloud and Spotify. Be sure to check out the latest CVAV video clip below and keep an eye on MethLab’s Facebook page for updates about where CVAV will be headed to next. For more mind-bending visual effects, check out Megaton by clicking here.