Your EDM Q&A: Jumpa Defies His Own Labeling With New Single ‘Pull Up’

At 16 years old, German producer Jumpa was one of the youngest EDM producers to hit number one in multiple charts with his trap single, “Yallah” featuring Reddy Rock. Prior to that he was also one of the youngest EDM artists to nab a recording deal with Sony thanks to the single, which to date has seen over 200 million YouTube plays on TrapNation since its release in 2014. Now at an age where most producers would just be starting out, Jumpa is more than six years into his music production journey and has already gained enough experience to start pushing the boundaries of the trap label that made him so famous.

Jumpa’s newest single “Pull Up” came out a few weeks ago in June on his own Peak Nice label and is a major indication that the young, yet experienced, producer is ready to take on genre stereotypes. With a definitively lighter feel than his previous work, “Pull Up” is a mashup of trap, bass house and even old school breakbeat. It’s definitely not what most fans will be expecting from Jumpa, and he gives the impression that he wants it that way.

When Your EDM sat down with Jumpa to discuss “Pull Up,” he was reflective, not only on this single and his next moves for his future releases, but on the nature of style and genre classifications and also his career thus far; how he learned to produce from scratch. Here’s Jumpa, reflecting on how far he’s come and the advice he would give new producers after spending his teen years in EDM.

You’ve run through a lot of genres since you started producing. What draws you to have such diverse taste in EDM?

That’s really hard to tell. I think in my role as a producer I just love to create things and I’ve learned to love different genres because every genre is special in its own way. What I like about hip hop is the bounce and especially how the drums work. Pop music is all about hooky melodies that stay in your head for ages. When I first heard EDM music I was overwhelmed by the sound diversity it has and that it has no borders at all. You can create something nobody ever heard before and combine different musical influences.

How do you think your style reflects that diversity?

I don’t want to limit myself. I want to release all the music I like to do. If I would call myself a “trap producer” and produce a dope pop or EDM song it wouldn’t really make sense. So, I really don’t care about this music stereotype thinking. At the end of the day the job as an artist is to break borders and that’s not possible if you are staying in just one lane. My style reflects that diversity in the way I pick elements I like from different genres and try to come up with something new without really forcing it.

“Pull Up” is tough to pin down and definitely reflects that diverse vibe. Why do you think it’s important now for artists to not allow themselves to be labeled by genre?

If you are doing the same thing another artist does, you’ll never be bigger than him or her. I think it’s all about trying out and finding your own way to express your art.That doesn’t necessarily mean you have to come up with your own genre or whatever. Melodies are limited but sounds for example aren’t.I think this is where a lot of producers will have to focus on in every genre. If you have interesting sounds, the people will listen. I wouldn’t say it is important to not be labeled but in the times of Spotify it is important to stick out and be different. 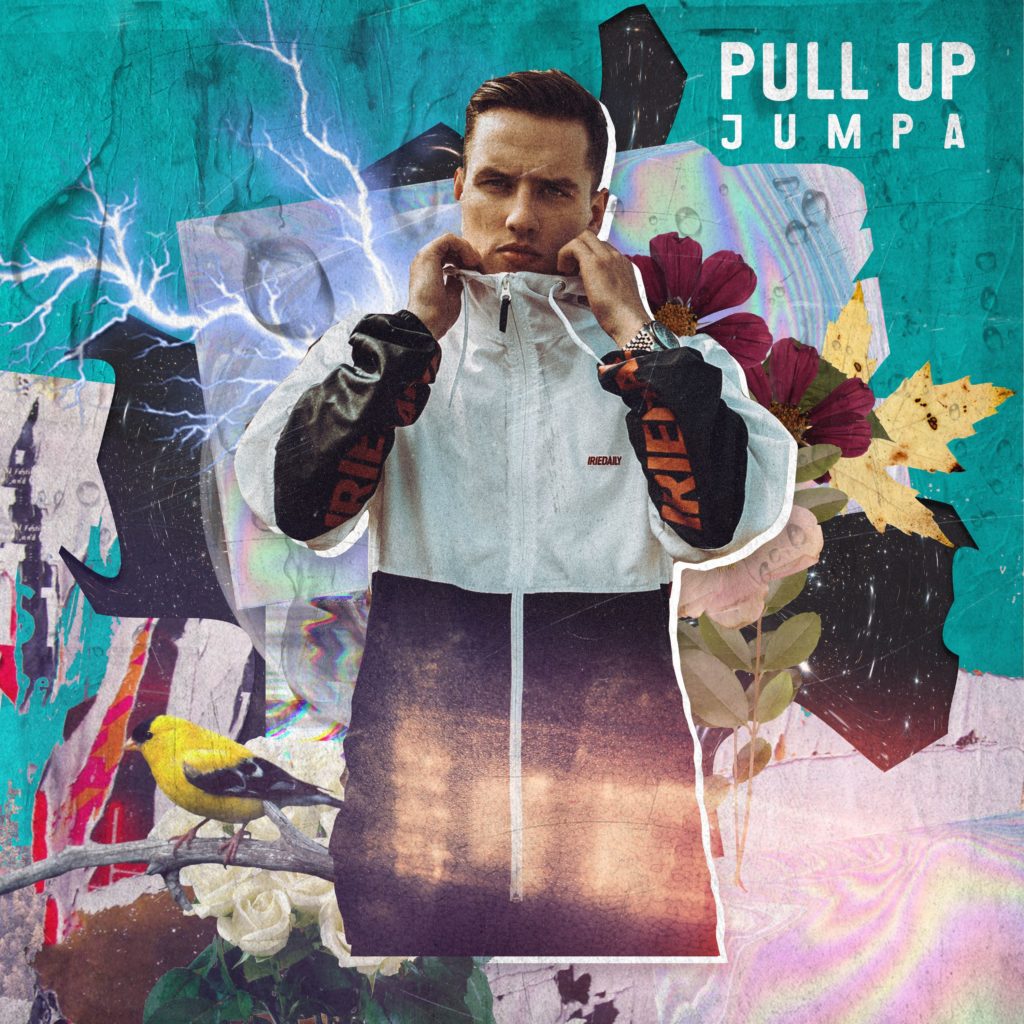 Other than bending the ideas of genre, how did you want “Pull Up” to reflect your style?

“Pull Up” lives from its bounce. I think you can kind of hear my Timbaland influences in this one. He was one of the first producers who mixed up urban music with electro and made it sound cool. This is kind of the direction where I wanted to go with this song.To have an electronic club song with an urban bounce.

What other kinds of experiments do you have in mind to test labels and style boundaries?

I have an upcoming single called “Level Up,” with three feature artists on it, I don’t want to name now. But the song feels really special to me. It has a Spanish and Latin vibe, with some organic instruments, trap sounds, synths and a drop, which feels pretty hooky. Can’t wait to finish this one and release it.

With so much access nowadays, producers seem to be releasing younger and younger. Since you started producing so young yourself and you’ve quite literally grown up in EDM, do you have any advice for young producers starting out in the game based on what you’ve learned so far?

Oh yeah. So when I started making music at the age of 12 or 13 I was not even able to clap my hands to the beat. (laughs) But I was loving music so I kept on doing it. I learned a lot through YouTube tutorials and I still do learn new stuff. The sounds and DAWs are growing so fast you gotta keep up with it. So my first advice is don’t think you know everything. There’s always room for improvement, believe me.

The next tip is one my mum told me when I was starting music. It is very simple but helped me a lot. When you listen to songs try to listen to the single instruments used in it. Try to find out what the chords are, how is the melody being played? How did they make that sound? How did they set up the drum rhythm? If you can’t answer the question try to rebuild the song/elements. I learned the most stuff in just watching “Beat Remake” tutorials. I used this knowledge to make something new out of it.

And the last advice is to invest in yourself if you want to make a living out of music. Buy new equipment, new plugins, et cetera, to get the best out of your creativity.

What new projects do you have coming up? Can we expect more stylistic twists like on “Pull Up?”

Well, my new single “Let You G”’ is about to drop in July, which I’m super duper excited about. It features a great singer called Muntu who I signed for my own label Peak Nice, which I started last year. At the moment I’m also working on little project which might end up in an EP for early 2019. There will be a lot of stylistic twists to be honest. (laughs) He (Munto) is featured on some of my upcoming stuff and I’m also producing most of his stuff.

Any tours or festivals coming up that you’re excited about?

Next festival I’m playing is the Airbeat One Festival in Germany in July, it’s a huge, huge festival near Hamburg with an incredible stage design and a massive production every year. I’m really excited about this one. And then I got a couple of the Holi Festival Of Colours festivals through the summer and some club gigs. Can’t wait to test some unreleased music!

“Pull Up” by Jumpa is out now and can be streamed and purchased on a number of platforms by clicking here. Check out his Soundcloud for news about new releases and show dates.

PLS&TY Drops New Single “Down For Me” on PRMD Music