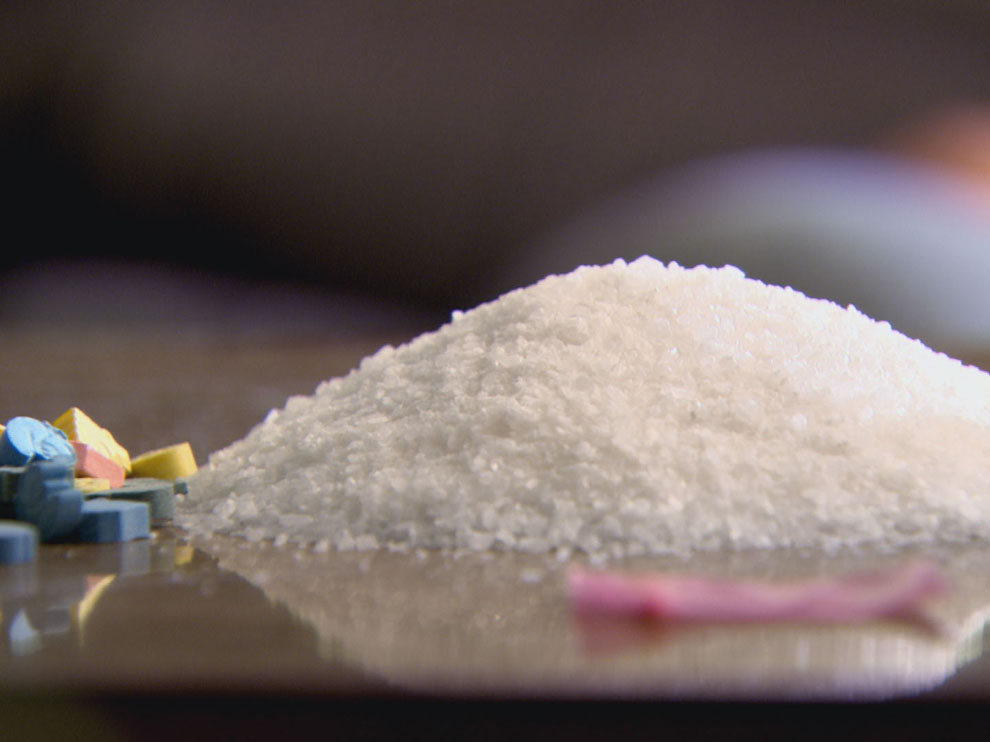 It was only yesterday that wrote about one Bunk Police volunteer’s experience tracking down fentanyl-laced cocaine at Electric Forest weekend 2, but this story is in fact crazier.

Twitter user @n0ahconstrict0r posted pictures of a girl (below) accused of selling fentanyl-laced cocaine at Camp Bisco, going down this weekend from July 12-14.  Later in the day, BunkBot sent out an automated message to its users warning people that cocaine sold by a “5ft tall girl with brown hair wearing galaxy shorts” tested positive for fentanyl. That description matches the photos of the girl captured by @n0ahconstrict0r.

The message continued, saying that she had been found and apprehended by security.

Ayy camp bisco ppl this girl got the fenty coke avoid her at all costs pic.twitter.com/aQYHwWkKh5

But it gets a bit crazier. In the Twitter thread, other people piped up and actually recognized the girl, whose identity is being withheld. @A2avelis wrote, “BRUH this chick was selling bunk/bad shit at Summer Set in 2015 never thought I’d see her face again like WOW.”

But @lizlayman went a step further and found an arrest record for the dealer from Electric Forest 2016, during which she was arrested for felony of possession of methamphetamine and possession of analogues (pills chemically similar to other controlled substances). She was 20 at the time.

https://t.co/buMVHQPCfe she got caught at forest too

The dealer’s current fate is unknown, aside from being held by security. Props are due to the Bunk Police and their community for quickly identifying the source of the laced cocaine and putting an end to its distribution before more harm could be done.