Brownies & Lemonade has quickly become one of EDM’s most important party throwers. The group regularly organizes and promotes free Los Angeles events, plus festival stage takeovers. The collective’s Lounge party series is known for bringing massive special guests, but unfortunately the latest party proved to be too much for the venue they booked.

Last night, B&L brought the Lounge party back to the Union venue for a special RL Grime show. B&L did not formally announce RL Grime ahead of time, but the event flyer was a dead giveaway… and word spreads fast. According to videos, the line for the event spanned multiple blocks and took hours for attendees to enter. An hour into the event, B&L event tweeted out a warning for people to not stop by if they weren’t in line. The event managed to hit over capacity within an hour.

like 3-5x the max capacity for UNION showed up, lots of people waited about 3-4 hrs in line. security never told us about the venue reaching capacity. they randomly shut down the line and ppl started a mob. 8 squad cars and a helicopter showed up pic.twitter.com/1cjmZ9YR4P

there were even more who were around the block who had no idea this was going on 😅 pic.twitter.com/IkNLxZXdlw 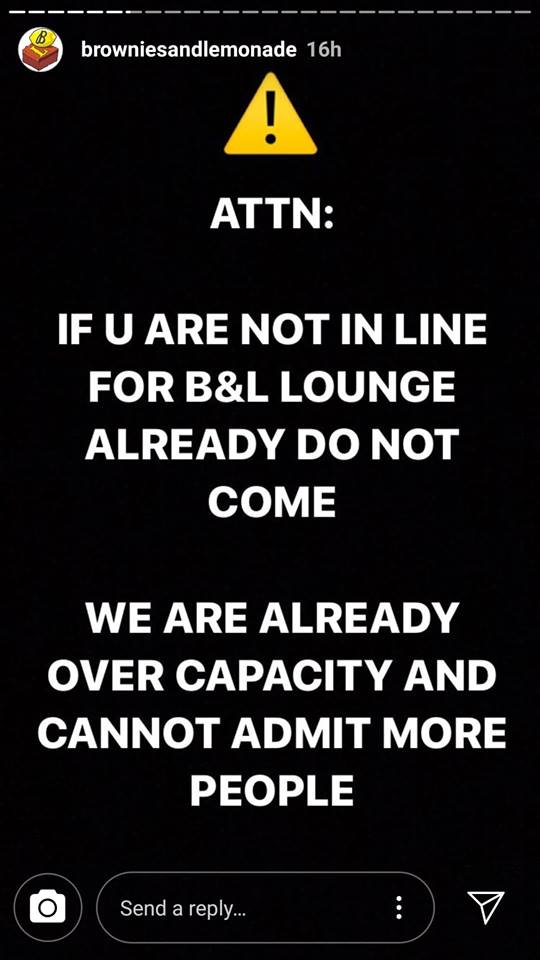 B&L posted a format apology on its Twitter account, addressing fan criticisms and hinting at future plans. B&L apologized for everyone who couldn’t make it into the event, and announced future priority for those who RSVP to their events. B&L also announced that they’re developing systems for their venues to ensure attendee safety.

We weren't properly prepared for the turnout tonight and we apologize pic.twitter.com/T7gYIUX47o

The biggest news: B&L announced they will be discontinuing the Lounge party series until they find a bigger venue. B&L said that the Lounge party has outgrown the Union venue, and no more parties will be held until they secure a larger venue. The news may be a bummer to B&L faithfuls, but the party’s expansion will only help keep attendees safe.

At least the below videos from the party looked fun:

THE KING HAS ARRIVED @RLGRIME

THE PROPHECY HAS BEEN FULFILLED

Spotify Users Still Sounding Off About 10,000 Song Save Limit