Despite living in a time where it seems that we are constantly being divided, music is one thing that you can count on to bring people together. Whether you are at a giant music festival or in a dark dingy nightclub, when you meeting someone who enjoys the same artist as you feels like you have found a friend for life.

The past year has seen a rising trend of private Facebook groups that are created to bring people together in support of their favorite DJs: Rezz is the greatest example with the explosion of the Cult of Rezz, but she isn’t the only one. Bassnectar has his Bass Heads, Madeon has The Pixel Empire, Alison Wonderland has her group of Wonderers, and even up and comer 1788-L has a group for his drones. And now Dirtybird artist, DJ Will Clarke, has joined the ranks by creating his own Facebook group, aptly titled The Cuddle Club.

And with Clarke’s appearance at Splash House coming up this August, instead of releasing the usual pre-fest playlist, I asked Clarke to collaborate with the newly formed Cuddle Club to create a playlist everyone could cuddle to.

Splash House is returning Aug. 10-12 to their signature Palm Springs hotel locations: The Renaissance, Riviera and Saguaro, and the tarmac of the Palm Springs Air Museum for the banging After Hours parties. Will Clarke will be joining label mates Waker & Royce poolside for Palm Spring’s favorite pool party/festival alongside house music innovator MK, tropical-house and future bass artist Gryffin, British house beat making beast Hannah Wants, and tech-house phenoms Latmun and Detlef will also be on hand for a special back-to-back set. 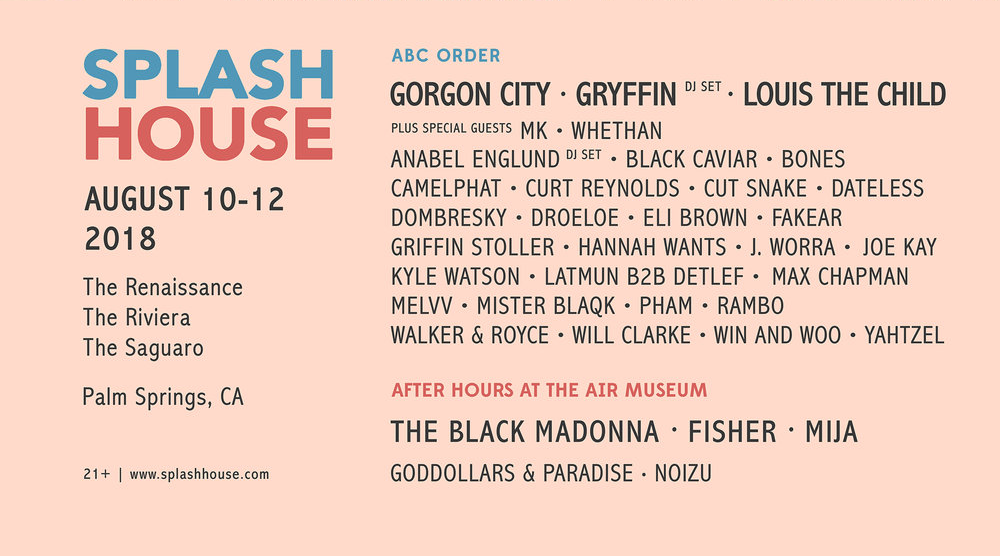