September will see the trap heavyweight UZ head out on tour across North America, coming after his hugely successful ‘The Rebirth’ tour which took up the first half of the year. This time around it’s the UNDERGRND Tour that will have fans scrambling for tickets, and it will embark just after the release of UZ and Montell2099‘s collaborative single of the same name. 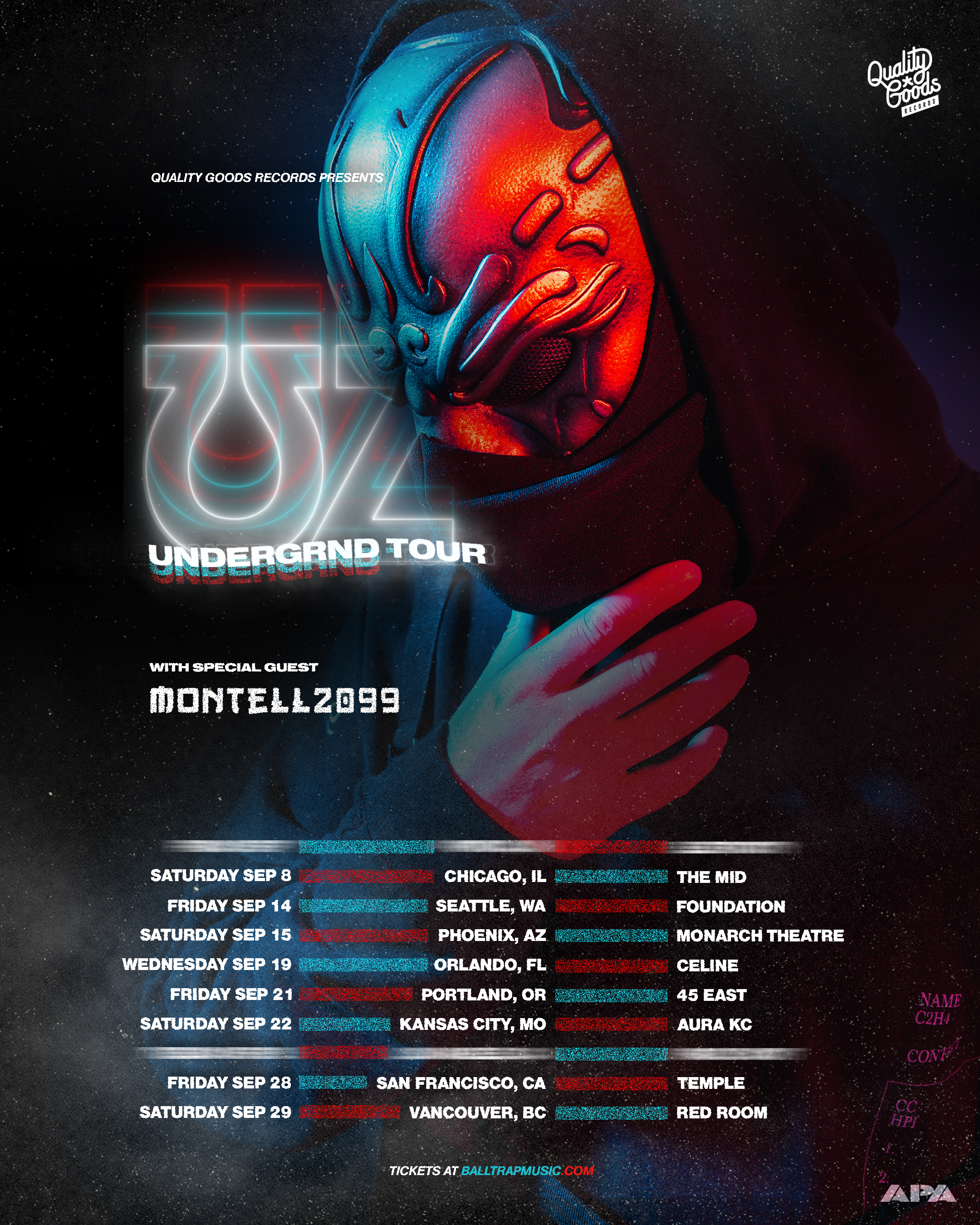 With the New Zealander joining the tour as a special guest, this run of dates is set to go off. Tickets can be purchased here and the countdown for the UNDERGRND Tour is well and truly underway.

To get an idea of what the tour might bring, check out this wicked video – it might even provide a snippet of UZ & Montell2099’s single for you to get hyped over….