Skrillex has become elusive in the US festival scene. He hasn’t played a festival in the US as a billed artist since ComplexCon in November 2016, and even then it wasn’t a strictly dance music event. But after a string of appearances in 2018 at random parties and a wild performance at Fuji Rock in Japan, Skrillex will now be ringing in the new year at Snowta in Minneapolis.

The lineup for Snowta just dropped, with Marshmello as the headliner for the first night, December 30. Other acts on the lineup to look forward to include Chief Keef (performing Finally Rich), Ganja White Night, Ghastly, Madeintyo, NGHTMRE, and Rich The Kid.

However, Skrillex is the clear main draw on this lineup, performing his only billed festival performance in the US of 2018. 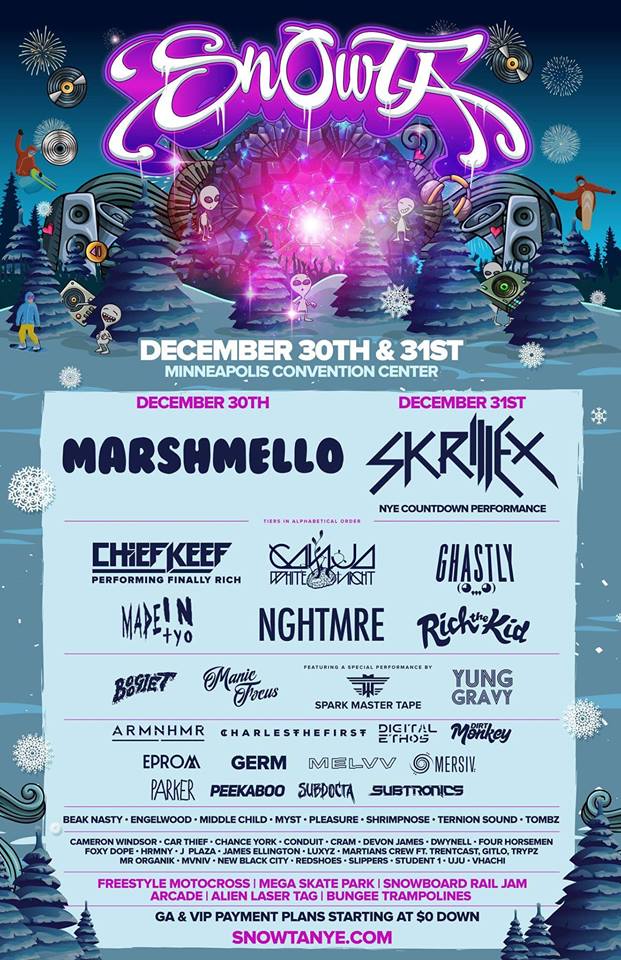