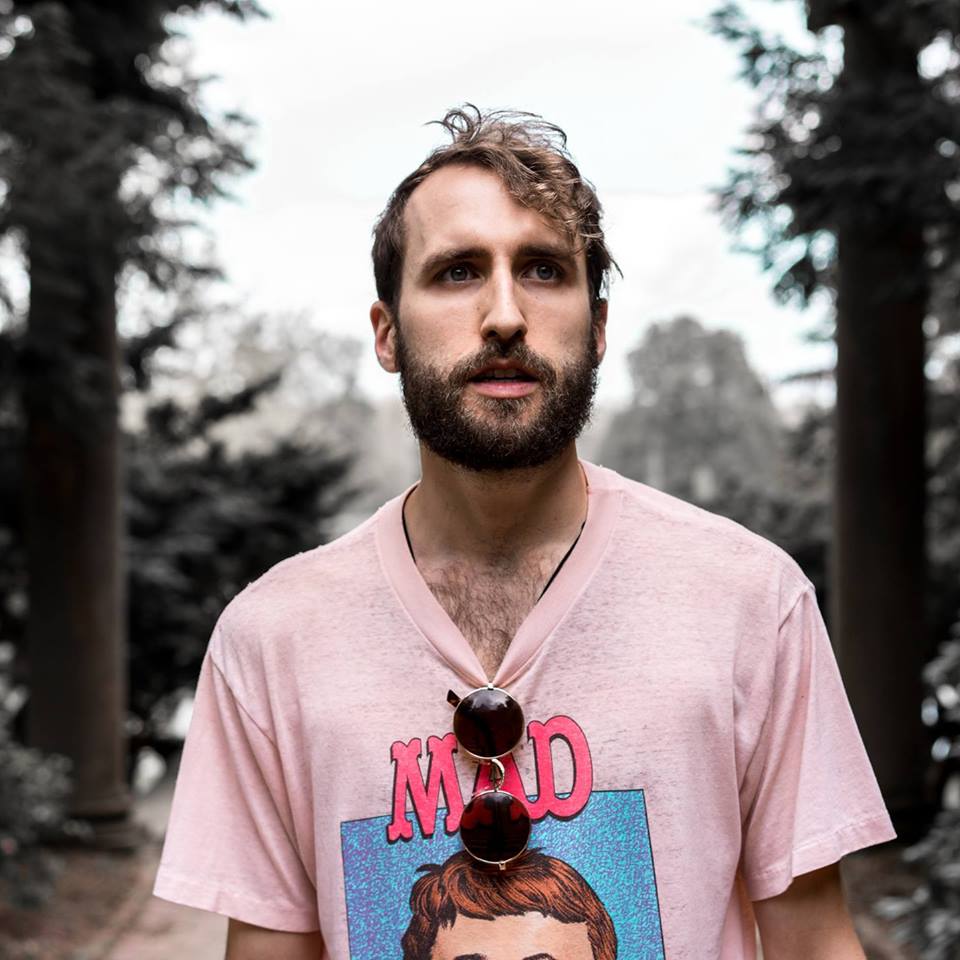 Your EDM Q&A: Get to Know The Wacky Dubstep of Freddy Todd Through His New ‘Chrondor’ EP

Freddy Todd seems to be in the sort of sweet spot bubble of dubstep producers who are known for popular style but can also do what they want. This comes, in part, from Todd’s being signed to Liquid Stranger’s WAKAAN imprint but he also seems to have a healthy “fuck ‘em” attitude to start with when it comes to the music he wants to make. Todd’s style is both raw and highly stylized, borrowing heavily from experimental jazz, hip hop and R&B to work both the musicality and beat structure of his tracks.

With his new EP on WAKAAN called Chrondor, Todd really pushed the limits, both of dubstep and his own style. With lots of Hudson Mohawke-style synth licks and bass and sub bass to match, there’s a heavy element of funk added to dubstep and halftime beats, so bar to bar the listener really doesn’t know what’s coming next. It’s out there, and it seems Todd and every other true bass music fan are loving every minute of it.

With a bunch of projects coming up, including some chill vibe solo releases, lots of WAKAAN and non-WAK collabs, Your EDM thought it would be a good time to sit down with Mr. Todd and learn all we could about his unique style and said collabs. Turns out he’s just as fun and loose as his tracks, and he gave lots of insight into the processes and influences that created Chrondor.

How did you come to work with WAKAAN? What made you feel like they were suited for your style?

I came to work with WAKAAN when I was seeking new avenues to release my music. They were in their infancy, and being best buds with Space Jesus, one of the top dons at WAKAAN along with Liquid Stranger, it was a no brainer! Weird bass community of envelope pushing free form psychedelic bangers is pretty much what I’m about.

Your work on the Chrondor incorporates melody in a very unconventional way, allowing the beats to go against the grain of the melody. How tricky is it to put these elements together like this?

The trick is, 20 years of meditating under the sultan’s rock, studying with 13 slime-filled salamanders for four years, two years of breathing through a straw in a custom LED-filled authentic sarcophagus, followed by a 2 minute glimpse through the portal they call the “total eclipse”, topped with a heavy twenty gallon drum of Shulgin’s very own self-synthesized LSD-25. Not to get too technical, but that’s about it.

What interests you in playing with melody and beat in this way?

I think what interests me in playing with melody and beat in that way is how I came to learn music: drums and percussion first as a baby, taught drum set and guitar by my dad as a young lad, followed by two years of piano lessons in second grade, followed by percussion in middle and high school band, followed by drum set with handfuls of Detroit bands, followed by getting frustrated with writing with five people from behind a drum set leading to learning production and translating it all to midi and a piano roll on a computer and melding it all together to become my self-actualized me.

The video for the EP’s lead single “Chrondor Crunkedelia” just came out and it’s about as fun and trippy as the track itself. Who helped you come up with the video’s concept, and what did you want it to reflect about the track?

It was all Pipus, our boy Harley Kola, who made the 3D visual assets, and I. Mostly Pipus though, as vision director, to come up with and edit the whole thing. We basically just spent a day in his green screen studio in Philly after I played a show there and filmed with his buddy who fixed up my tat. We basically just made the theme about my 8bit Mandelbrot fractal tattoo which I’ve been touting as a logo and which Harley turned into a space ship, which is seen throughout the video.

One artist who comes to mind listening to this EP is Hudson Mohawke, but taken to kind of an insane level. Are you looking to take that sort of experimental R&B tradition to another level, or is this style just what you were feeling for this EP?

Heck yeah! Love Hudson and love taking experimental R&B further, in fact I just wrote a super jazzy R&B jawn with some of my own vocals harmonizing and the like. Super stoked on the future. Just gotta keep working hard so I can buy more instruments!

Do you see your style as more experimental, as in are you a tinkerer with sound, or do you think you’re out for it to work on the dancefloor as well?

I definitely see myself as experimental, have always been a super fan of the Aphex Twins and Squarepushers and Autechres and the like but after almost ten years of doing this and touring with killers like Griz, Space Jesus, and Liquid Stranger, how could you not want to have absolute fun with the dance floor? I’m just having fun out here. So that’s where it becomes fun to meld the worlds.

What kinds of ideas do you have for your next releases? Are you trying to push your sound even further or do you want to go in a totally different direction?

The next release is almost already written and it bangs! I am going full throttle with this one baby. It is super experimental but also dabbling back into traditional funk stuff while really focusing on bass music. It’s gonna be a fun one. I’m hyped. Definitely pushing my sound even further because whatever I do, it’s me. That’s the beauty of calling your project your own name, Freddy Todd (real name is Fred Todd, Freddy for long), it’s always me, I’m pretty transparent, and I’m here for a good time not a long time.

Are you planning on playing any shows or touring soon?

Yes! Shows up the wazoo. My agent Tynan at Madison House is awesome and we’ve been crushing it. Most notably, I have a fall tour with my boy kLL sMTH who was actually featured on the Chrondor EP coming up very soon.

Any more releases or collabs in the immediate future that you can discuss?

Heck yeah! I’ll tell you everything because I have nothing to hide and I’m excited. The Guccimen (Space Jesus and Freddy Todd) official remixes which is a monster remix album where all proceeds go to charity is coming out around Thanksgiving, plus we are working on new original tunes. I’ve also got a fusion hip hop EP called Uneaux Momenteaux with my rapper friend NOTE. You can get a taste of two different tracks of ours off my Moonflavours Vol. I album on my Bandcamp, and off of WAKAAN’s ‘Meanwhile…’ compilation.

On top of those, I have a collab with Liquid Stranger, a collab or two with Esseks, one with Of The Trees, ‘Moonflavours Vol. II,’ which is my chiller b-side type rainy day tunes, and the next Freddy Todd EP, probably another five-tracker of original smashers

Any other videos in the works for this EP?

Pipus and I actually already filmed a music video for “Won’t Make It” a year or so ago but it’s too old for both of us so we were going to re-film it in the woods a few days ago but we ended up shooting for our series “Detective Cases” and a handful of his series instead, so we have a sneak peak of that project with our friend Esiris Quetzatl.

Chrondor by Freddy Todd is out now on WAKAAN. It can be streamed on Spotify and Soundcloud or purchased on Beatport. Keep an eye on WAKAAN for more releases from Todd coming up soon.