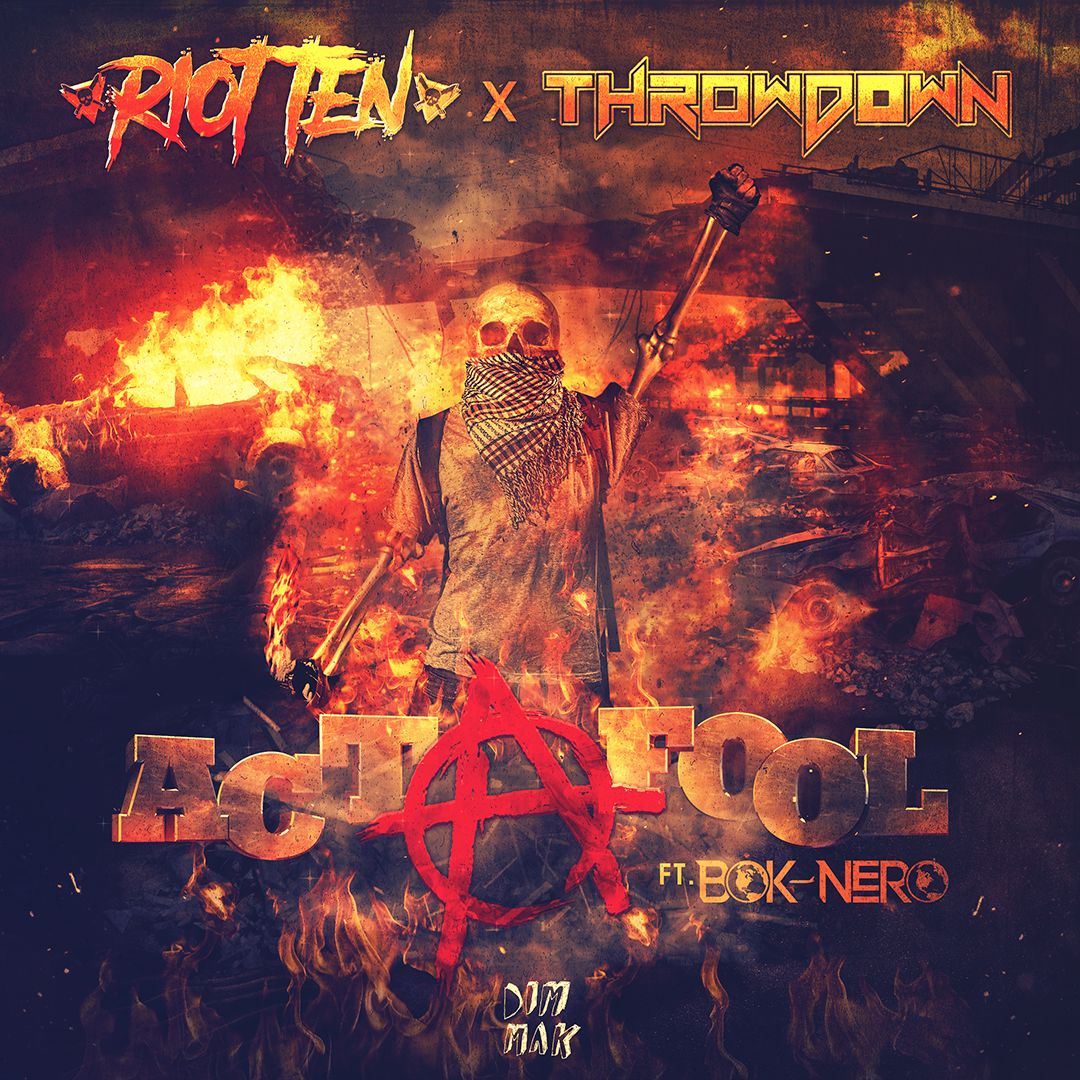 Last month, we covered the release of “No Surrender,” the lead single off Riot Ten’s forthcoming Hype Or Die: Genesis EP on Dim Mak Records. Now, he’s back with the second single featuring Throwdown and Bok Nero, “Act A Fool.”

“Act A Fool” follows in a long string of massive and powerful releases from Riot Ten which have made him one of the must-see acts at any music festival. Once again, Riot Ten manages to craft a track that is insane enough to get people moshing before they even realize what’s happening.

Be on the lookout for the full EP later this year and catch Riot Ten on the Hype Or Die tour – find more info here.