Following his death earlier this year, Avicii is being shown unwavering support from his fans in all corners of the world. He rose 13 places this year on the DJ Mag Top 100 poll to secure the #15 position and he was also just awarded Best Swedish Act at the MTV EMAs this past weekend.

Even though Avicii left this earth seven months ago, his legacy clearly still lives on and his fans are keeping the fire stoked and well fed. Earlier this year, he won best dance video for “Lonely Together” at the MTV Video Music Awards, and his father accepted an award on his behalf at the Swedish Rockbjörnen gala in Stockholm; plus, plenty of artists dedicated tributes to him during their sets or even created songs in his honor.

Congratulations to Avicii, may he rest in peace.

A full list of winners from the EMAs, including Worldwide Act winners, can be found here. 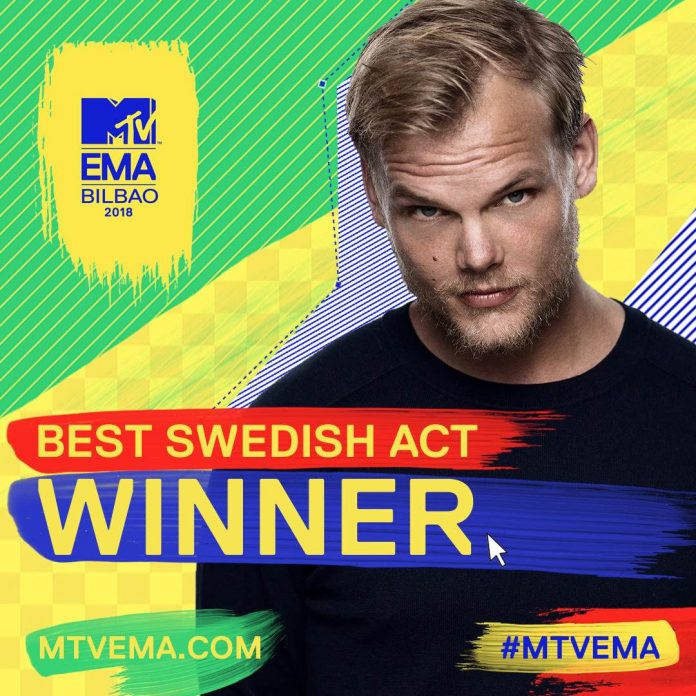