DJ Snake has been consistently making spicy new music in 2018 — and he’s not finished yet!

From the mega collab “Taki Taki” with Selena Gomez, Ozuna and Cardi B, to his crowd pleaser “Let’s Get Ill,” to the flavorful “Maradona Riddim” and “Magenta Riddim,” the producer is nonstop. Let’s not forget “Made In China” with Higher Brothers, “Gassed Up” with Jauz, and “Creep On Me” with GASHI and French Montana.

Looking back on this year, it’s definitely a huge one for Snake. But all of these tracks have been paving the way for something bigger, as the producer has plans for a full album. He first teased the album earlier this year, and now we know he’s putting the finishing touches on it, thanks to his Instagram story.

“I apologize to my friends and family for being so distant and ignoring your messages/calls but I need to finish this album,” DJ Snake gets straight to the point in his latest update.

Please, nobody hold this against him. We need a full DJ Snake release in our lives pronto. 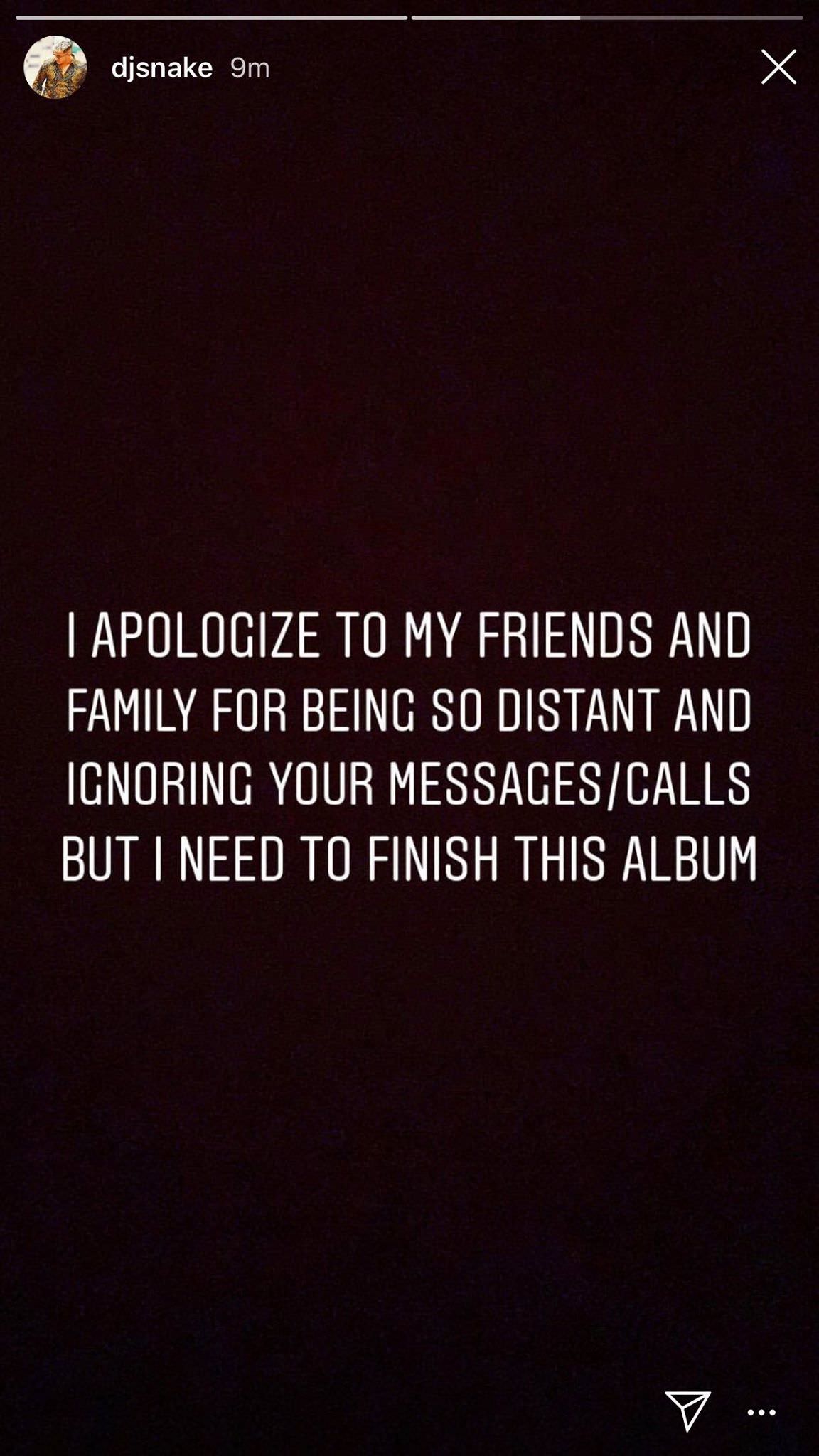