by Karlie Powell
in Worth Sharing

Lorde is calling out Kanye West and Kid Cudi for allegedly stealing her stage design during their Camp Flog Gnaw performance over the weekend. In a post on her social media page, Lorde points out their use of a floating glass cage and compares it to an extremely similar setup she used when performing at Coachella 2017.

“I’m proud of the work I do and it’s flattering when other artists feel inspired by it, to the extent that they choose to try it on themselves. But don’t steal — not from women or anyone else — not in 2018 or ever,” she writes.

It’s true. It looks like Kids See Ghosts were directly inspired by Lorde’s stage design — and imitation is the best form of flattery, like she says, right? But, this could be deeper than just taste. The stage Lorde points to was created by a designer by the name of ES Devlin, who has also worked with Kanye West in the past. However, according to reports, Devlin wasn’t involved with the making of the stage for Kids See Ghosts, so that’s more of a coincidence.

The owner of the newer set made by Trask House, John McGuire, says Lorde “wasn’t the first person to use a floating glass box, she won’t be the last. She doesn’t own it, her designer didn’t invent it.” Also true.

What do you think? Is this stealing, or coincidence, or are Kanye and Cudi just borrowing inspiration? 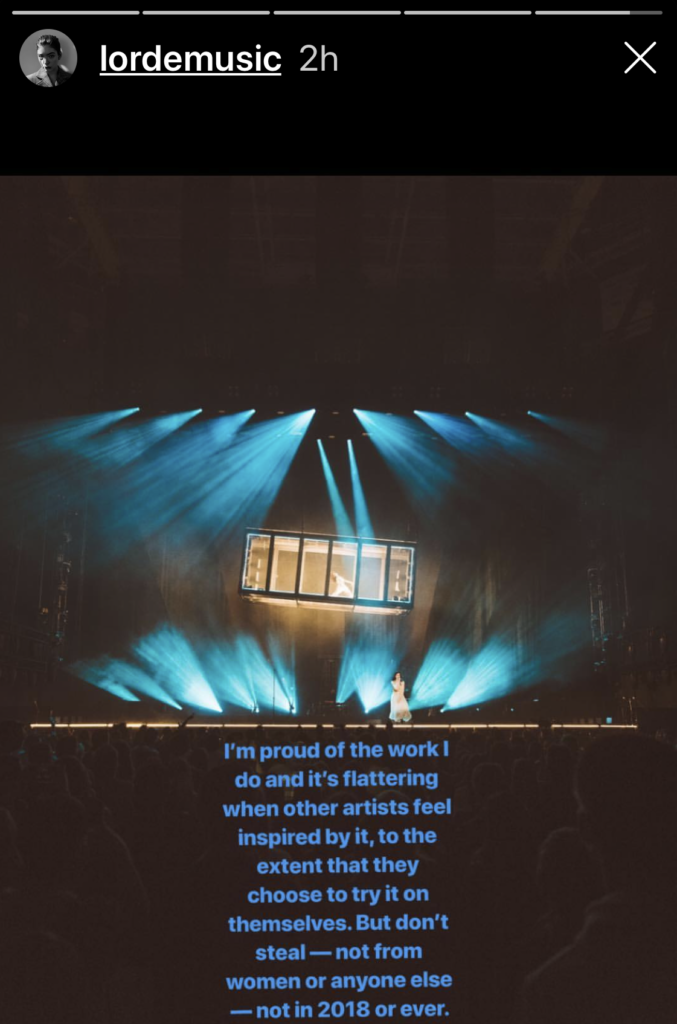