Exactly one week ago Movement Festival unveiled a sneak peek of what’s to come in 2019. As one of the premier house and techno events in the US people were expecting a lot from them, and they delivered.

With every lineup reveal there are criticisms but people have to keep in mind that this is only a 10 names, there WILL be a little something for everyone once we get the rest! But for now we get to know that we’ll be enjoying the likes of Orbital – Live, this performance will be their first in Detroit in nearly 20 years, and their first time ever playing at Movement. If that alone doesn’t get you excited than I have no idea what will. Orbital’s performance at Movement is the perfect showcase to expose this new generation of electronic music fans to these UK dance music pioneers.

Orbital are not the only ones making their festival debut in 2019 though. Other first-timers include Amelie Lens, Chris Lake, DJ Nobu, Heiko Laux and Stephan Bodzin – live. Coming off of a sold out show at Spybar Chicago this December, Amelie Lens has been taking the dance music scene by storm as of late and will no doubt have a killer set in Detroit. Another exciting addition is seeing DJ Nobu on the lineup. Hailing from Japan and being the head behind the label Bitta, we can only expect his quintessential underground, yet ever-changing sound to ring out from the depths of the Underground Stage.

While being able to catch these amazing national and international names the real treat lies in seeing artists perform in their hometown. This teaser alone gives us three of Detroit’s very own — Danny Brown, DJ Bone as well as Detroit Techno legend Robert Hood performing as Floorplan – live.

Movement 2019 3-Day Weekend and Daily Passes for both GA and VIP are now available for purchase at www.movement.us. Payment Plan options are also available. 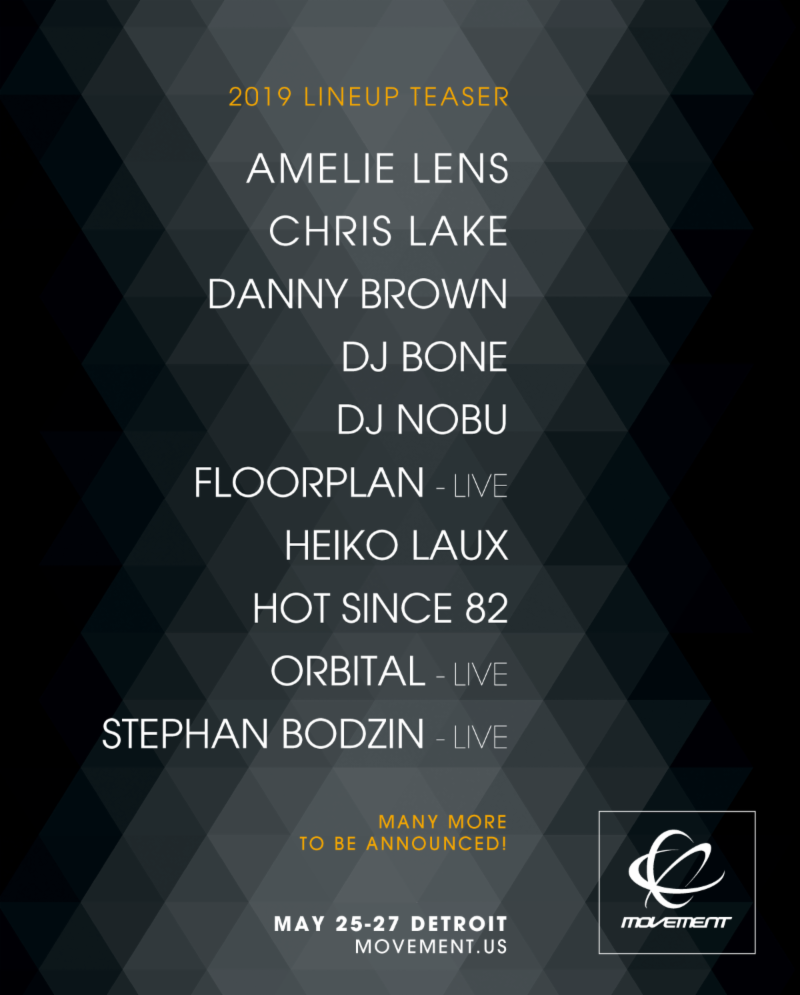