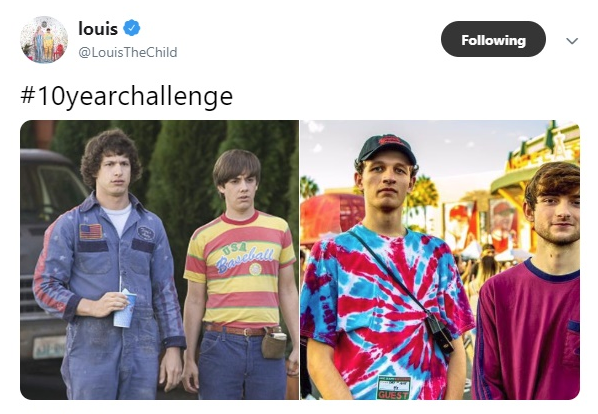 If you’ve scrolled on Instagram, Twitter, or Facebook the past couple weeks, there’s a pretty good chance you’ve seen someone doing the #10YearChallenge. What started as posting a comparison between your first profile picture on Facebook and your most current one went through a few changes before settling on a pair of pictures 10 years apart. A lot of notable celebrities and athletes have taken part, as well as some of our favorite DJs.

Of course, not everyone took the challenge seriously.

Everyone from Diplo to Nicky Romero, even Annie Mac, poked fun at the challenge, replacing the “before” pic with something outrageous and often not even human. (Steve Aoki went the opposite way, as you’ll see.) Take a look at some of the best ones below.

Wow can’t believe it’s been so long since my first musical #10yearchallenge pic.twitter.com/ierfHKxFvS

#10yearchallenge 😂🌭 Let’s take this opportunity to remind ourselves that with hard work everything is possible! pic.twitter.com/aUFTUf2svv

Wax on, wax off… #10yearchallenge pic.twitter.com/lkGs9AvSBN

THE GLO UP IS REAL