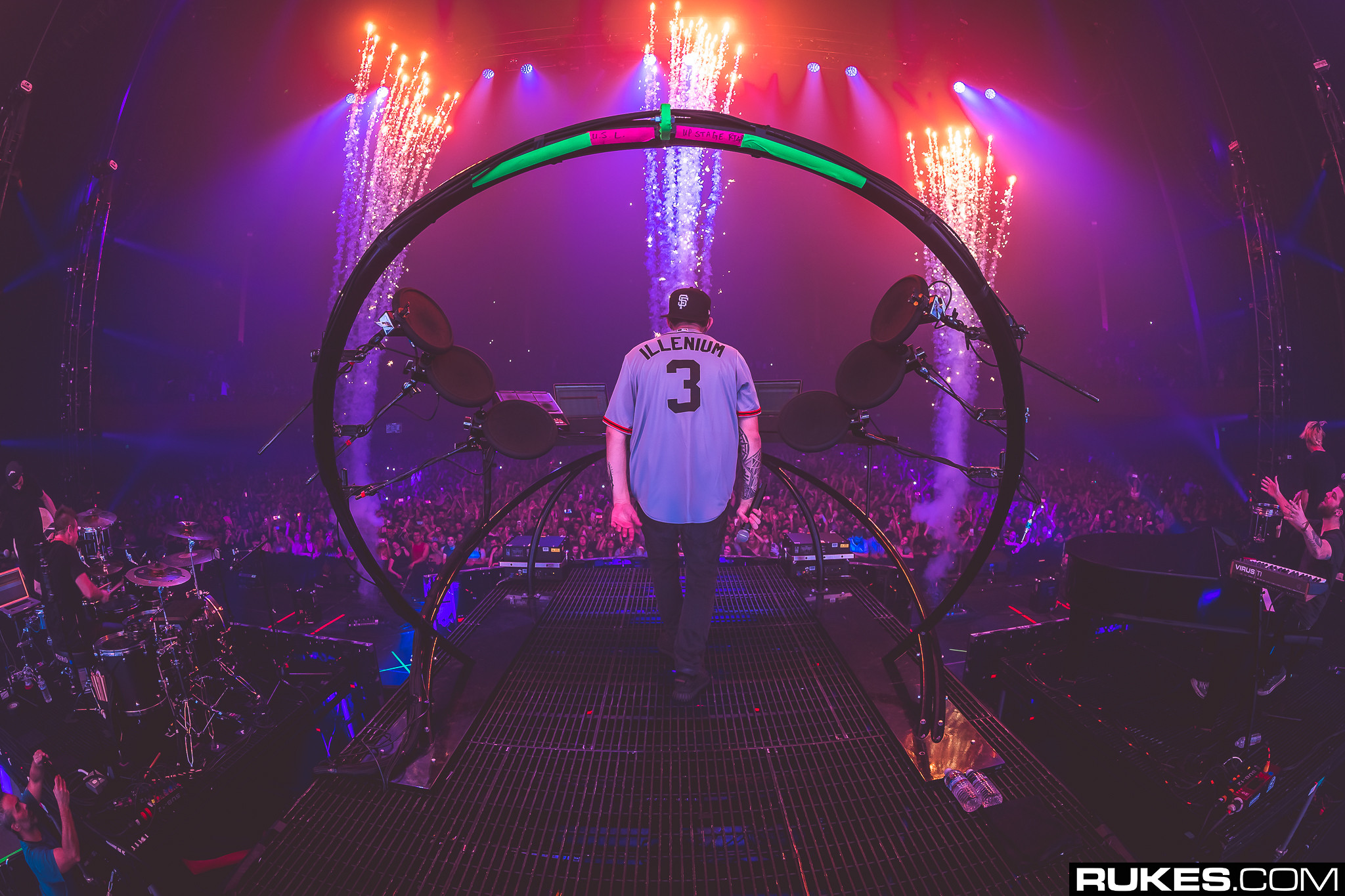 Following some heavier releases in 2018 like “Gold (Stupid Love)” with Excision and “Sound Of Where’d U Go” with 1788-L, Illenium is transitioning into a softer sound. It began with “God Damnit” featuring Call Me Karizma, but goes even further with his first single of 2019, “Crashing” featuring Bahari.

There’s no two ways about it, “Crashing” is a pure pop song. It’s honestly hard to tell what identity the song will take right up until where the drop should be, but it’s pretty clear once it comes in. And as far as pop songs go, it’s really damn good. The most important element, the undefinable “Illenium-ness” of the song, is still intact.

“Crashing” will undoubtedly take a few listens for fans to really become comfortable with, but it’s sure to be a favorite in sets regardless.

Last but not least, the track artwork… looks familiar, doesn’t it? Looking back at the artwork for “God Damnit,” that definitely seems like the same cave right? The small character in the art is even following the phoenix as it goes deeper into the cave. Expect to see more of this kind of imagery as Illenium undoubtedly builds up to the release of his third studio album — maybe even this year.

Listen to “Crashing” featuring Bahari below.