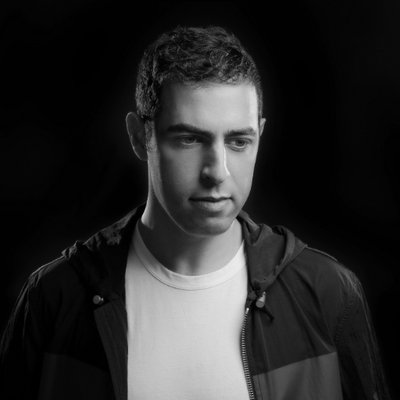 There really is nothing cooler than seeing your favorite artists evolve over time and change and develop their sound, while bringing listeners along on the journey. The dance music world is no different; in fact, because of the rapid-fire, singles-driven nature of the business, artist change and growth is a necessity. For an example of this artistic growth and evolution, look no further than Anjunabeats and Ophelia artist Jason Ross, who just released his new album Rooms, a breathtaking journey through trance, melodic dubstep, and other sounds.

The Minneapolis-born, Los Angeles-based producer first burst onto the scene with the track “Burma” back in 2014. After that he put out a steady stream of releases on Above & Beyond‘s Anjuabeats label, becoming one of the label’s stars. After joining forces with Seven Lions for a legendary performance at the Gorge in Washington for ABGT (Above & Beyond’s Group Therapy) 250, Jason hit the road with Seven Lions for a bus tour. Rooms is the product of Jason’s evolution as a producer and artist up to this point. We talked to Jason about the album, new directions, touring with Seven Lions, and living in Los Angeles, before he kicked off his Rooms tour at Exchange in Los Angeles last weekend. Here’s what Jason had to say.

Hey Jason, first off congratulations on Rooms, it’s quite an accomplishment. Tell us a little about the making of Rooms, how did you come up with concept, what did you do in the studio that was familiar, what did you do that was different and new?

“Well, the concept, it was around the time when I was dabbling with other different genres, the spark happened after ABGT 250 playing with Seven Lions at the Gorge. After that I just took a lot of time in the studio to just ask myself, where am I going, where do I want to go, and it took a lot of time to figure what sound I want to have for the next few years. So that’s kind of when the Rooms concept started, I wanted this to be a showcase of who I am now, and where I’m going kind of thing. And then I started getting creative with what sounds I want to try and what I want to put out there.”

You’ve also got a very busy tour schedule coming up, tonight in LA is the first night. What do you have in store for the fans? What’s different about this tour and where are you most excited to visit/play?

“Yeah, so this tour is unique because I get to showcase not just the trance stuff, but a little bit more of the different stuff, and being on the bus tour with Seven Lions, I was exposed to a lot of new different things, and of course with the new stuff I’m putting out on Ophelia, it’s got a lot more of melodic dubstep stuff, so I’m definitely going to be trying some new stuff like that. I’m excited, Exchange is one of my favorites, so the pressure’s on tonight, haha. But I’m really excited for this, every stop I’m going on I’m really excited about.”

You’ve been an artist on Anjunabeats for a while now, what’s it been like to have the support of one of the biggest labels in the business behind you?

“I couldn’t ask for anything more than that, I’ve looked up to them (Above & Beyond) for years, so to have their support and to be working with them everyday and talking with them. They’ve been kind of mentors to me, and they really know what they’re doing, they’ve been in the scene for a long time and to be around those kind of people, level-headed, smart guys, it’s really nice. And of course, Anjunabeats has really set me up for success in this industry.”

You’ve been doing newer stuff with Ophelia, how did that partnership with Seven Lions and his label come about?

“It was really just natural, his label is still pretty new, but the relationship started when I remixed his song ‘Creation‘ and then he just hit me up out of the blue, and said we should try something out. That’s when ‘Higher Love‘ took shape, and we really just loved working together, we both had something unique to bring to the table. I have the trance roots, he has the dubstep roots, and we both have that melodic, emotional, kind of thing, so both of our styles coming together makes a really cool, unique trance-dubstep fusion. And we enjoy each other’s company, we’re homies, we’re going skiing this week.”

It’s probably tough to look ahead to the next phase now that you’ve just released Rooms, is there going to be more new music on the horizon or are you going to ride the Rooms wave for a little bit and see what happens?

“I’m not going to do anything drastic, I’m not leaving trance or going full-on dubstep or anything like that. But, I like where I’m at right now, who knows what’s going to happen or where I’m going to go, but the process of evolving is exciting to me. To always push the boundaries, to learn, yeah, to evolve. So who knows where I’m going to be after the tour, but I don’t think it’s going to be much different from where I am now, but it’ll be more defined.”

I guess, here’s one of those existential questions, what do you think is kind of the state of dance music and trance in 2019, and where do you see it going?

“I mean, it’s always been around, so, it’s always going to have its place in the EDM world, but I think people are becoming more open to different styles, outside of standard EDM stuff. I think from the explosion, everyone was all about EDM, EDM, but now that it’s kind of settled a little bit, people are starting to find their niche of genres that they like, and the music that they like. So, I think trance is always going to have a loyal fanbase, and it’ll keep getting bigger and bigger. Same thing with melodic dubstep, we’re seeing the explosion with Illenium, of course, and Seven Lions as well. Those two guys are killing it and they’re really putting melodic dubstep on the map. So, it’s going to be exciting how big that goes and where it goes.”

Tell me about some of the highlights of living in Los Angeles, any favorite restaurants or places to visit? How has living in L.A. helped your career?

“I don’t want to give away the good spots, haha, I love Robata Jinya on 3rd Street, it’s great ramen, and you can’t go wrong with Sugarfish for sushi, that’s my go-to. But, yeah, it’s really helped my career, getting me to where I am now. It’s just so central, everyone’s always here. Every DJ who’s touring is going to stop in L.A. so it’s just really easy to stay in touch with people, support them at shows, get a coffee if someone’s in town, or hop in the studio. It’s a central hub for our industry, so it’s just great being in that, and it’s lively and there’s always a lot going on.”

Also, make sure to catch Jason as his brings Rooms on the road with him all across North America.