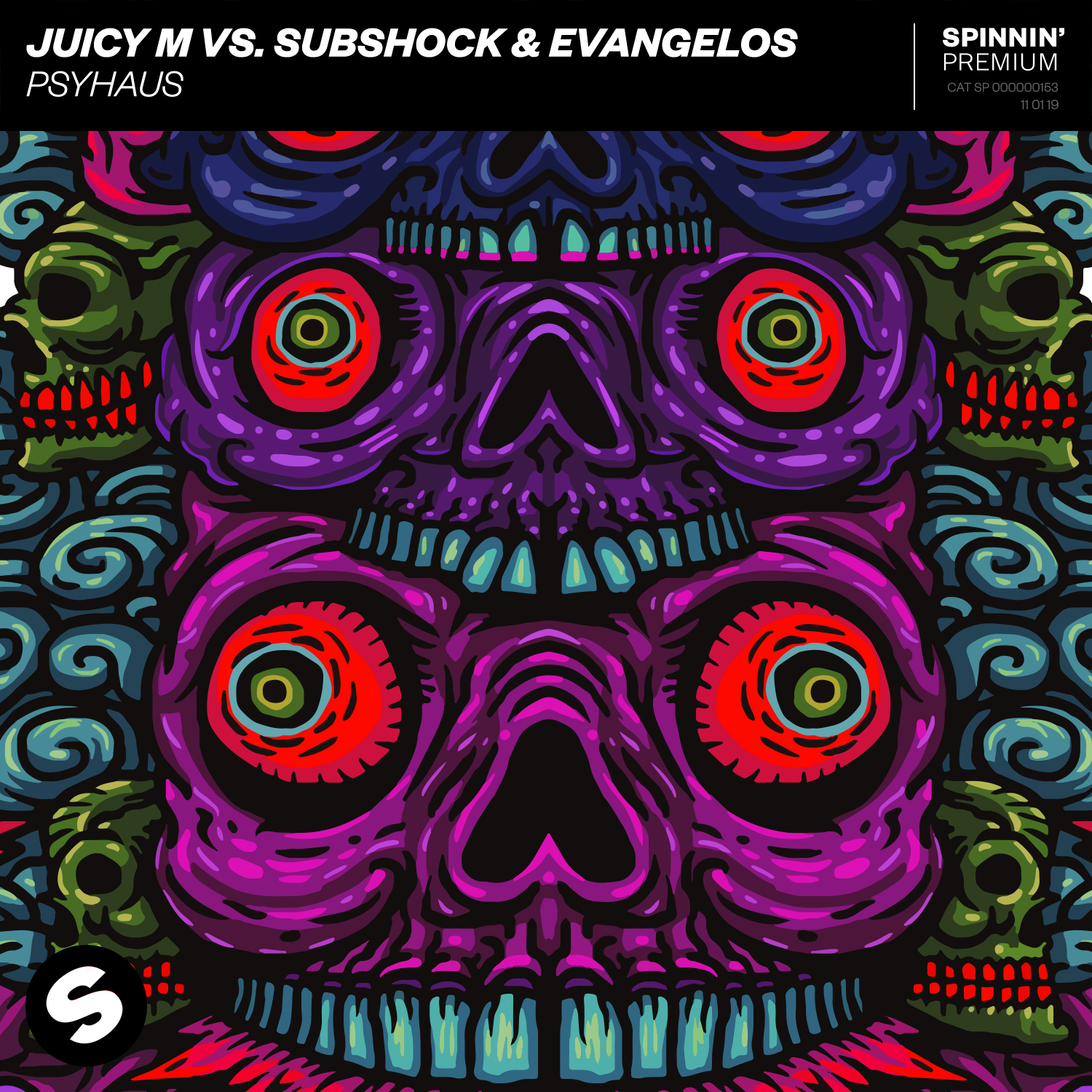 Subshock and Evangelos are the curators behind this melodically dynamic psy trance and bass house infused banger. They reworked the song together for Juicy M and the outcome is truly fantastic. Encompassing some serious house vibes and hardcore rhythm, the track coincidentally titled “Psyhaus” was recently released on Spinnin Records. Undoubtedly the largest house record label in the world, this is a big release for any artist, big or small. No stranger to this genre these two are more so spearheading the bass house style with innovation and ensuring that they keep it fresh as a duo.

The artists sat down to answer some questions over the phone which was a neat experience and a pleasure to get a deeper insight on their story.

How did it feel to get your release signed to Spinnin’ Records?

Evangelos: It felt so good to know that after working hard in that tune for months, tested out so many times and did millions of tweaks to get the perfect mixdown it got signed by the biggest label in the EDM industry. We are also very happy to see the good reactions to this release, we feel like it’s really something fresh!

You’ve been signed to many labels, including Dim Mak, MixMash, and other labels in partnership with Warner Bros. – what advice would you give to producers aiming to get on established labels?

Subshock: Well, we always advice to be patient, work hard and be humble and eventually it will happen, you only need to get noticed by working hard every day. A lot of people says that it is all about connections, which it is true, but not everybody is born having those connections. You need to go out there and network like hell. And of course, it was a matter of working hard on our craft and keep grinding every day and at last, never give up. It took us years for our debut release on Spinnin’ and it definitely didn’t happen overnight!

How did the idea for “JUICY M VS. SUBSHOCK AND EVANGELOS – PSYHAUS” come about?

Evangelos: There is not a really big history here, we are just big fans of Psytrance and Bass House, we play both styles in our shows and we decided to risk a little bit and mix them together. To breakthrough as an artist, we think you should be a bit innovative and just release crazy stuff.  This new blend can work really well for our performances and we can’t wait to play it out again. We got some more cooking up as we speak, this year we’ll have lots of music out there, we want to release one track every month like last year!

Did the two of you had solo careers before linking up to form the duo?

Subshock: I started as solo act making dubstep and drum step, under those days I used to release on labels like Excision’s Rottun Records or Dieselboy’s Subhuman and gaining support from big Bass names that helped me tour Europe and North America.

Evangelos: I first started with a partner in a formation called Noiserippers making Dubstep, it was a good time. After some time, we parted ways and went solo under the name Evangelos where I started producing Progressive House. Later I came back to Bass as it satisfies me much more to produce it. When I started I was resident to Zoologico in Madrid, it was the center of Bass/EDM in Spain, that’s where I met Subshock and after doing some b2b sets and doing a couple of tracks we decided to keep going together. Our first collab was “Rebound” and it did really well in Spain, that’s how we knew we were good working together!

Will you be touring in 2019? What have been some of your favorite memories when performing at live events?

Subshock: Yeah of course we will be touring, we are already preparing our second tour around China and getting set some other shows around the globe. We also love to play more in the east part of Europe, people go crazy there!

Well, it always creates really good memories to spend time doing what you love with one of your best buddies you know? But it is also special to see how people are reacting when we play PSYHAUS, they don’t expect the Psytrance part and their faces when it switches is priceless.

Evangelos: Not long ago we were in China and to appear on stage we had to wait for a screen to open and we had to go through it, our intro was playing and people were going crazy, and as we were on stage, Subshock took the pendrive out thinking it belonged to the previous DJ and the music went dead! Now we laugh but at the moment we wanted to dissapear!

What techniques do each of you use to help boost creativity in the studio?

Subshock: We actually started to be a duo also because our workflow in the studio was quite similar but also complementary at the same time, but there is not really a technique. Maybe we could say that the best technique is to combine a lot of hours in the studio with some free time out of it enjoying life with friends and family.

Evangelos: Don’t be afraid to use lots of distorsion, use the buses to mix and control the overall track, be original and take breaks every 3 hours! Oh yeah, and use multiband compression! Also try to do original tracks, experiment and find your own sound. It someone listens to your track and recognizes it as your sound, you are on the right track.

Subshock: I think that our main goal for the 2019 is to finally do a tour over the USA but also keep working, risking and give love and fun to those who follow and support us.

Evangelos: We’ve been working hard over 2018 to find our sound and we think we found it, Bass House lets us try lots of things with powerful sounds we love and let us experiment with different BPMs. Before doing a 150 BPMs PSYHAUS track we released a couple of Bass House tracks with the same BPMs and people loved them so we thought it was a good idea to keep the BPMs and give it a twist, expect more like that!