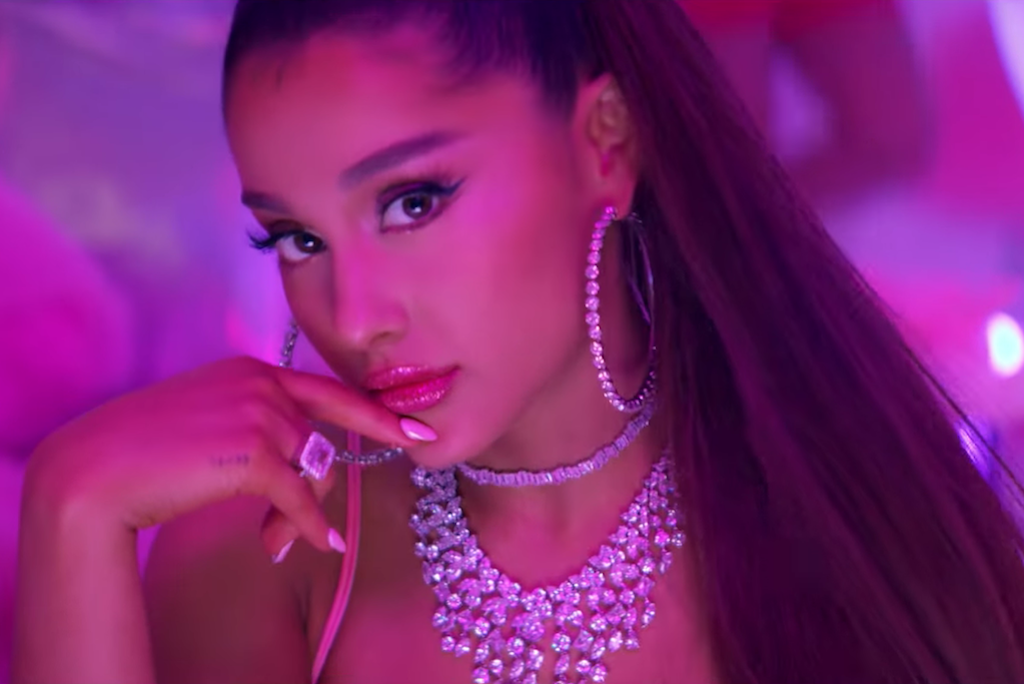 Ariana Grande has achieved something that no other artist aside from The Beatles has ever done. Currently, three of her tracks off her new album thank u, next are reigning atop the Billboard Hot 100 (for the week of Feb 22) — at spots No. 1, No. 2, and No. 3.

Grande’s track “7 rings” takes the top spot for the fourth week in a row, followed by “break up with your girlfriend, i’m bored,” and then the title track, “thank u, next.” To top it all off, her album thank u, next has debuted at No. 1 on the Billboard 200.

She’s the first artist to hold the top three spots on the Hot 100 simultaneously since 1964. That’s when The Beatles took over with their hits “Can’t Buy Me Love,” “Twist and Shout” and “Do You Want to Know a Secret,” respectively. At one point the group claimed the top five songs on the chart.

This year, Ariana Grande will headline Coachella and she’s expected at Lollapalooza as well.

Listen to the full album, including the top three songs right here.

Ariana Grande – thank u, next