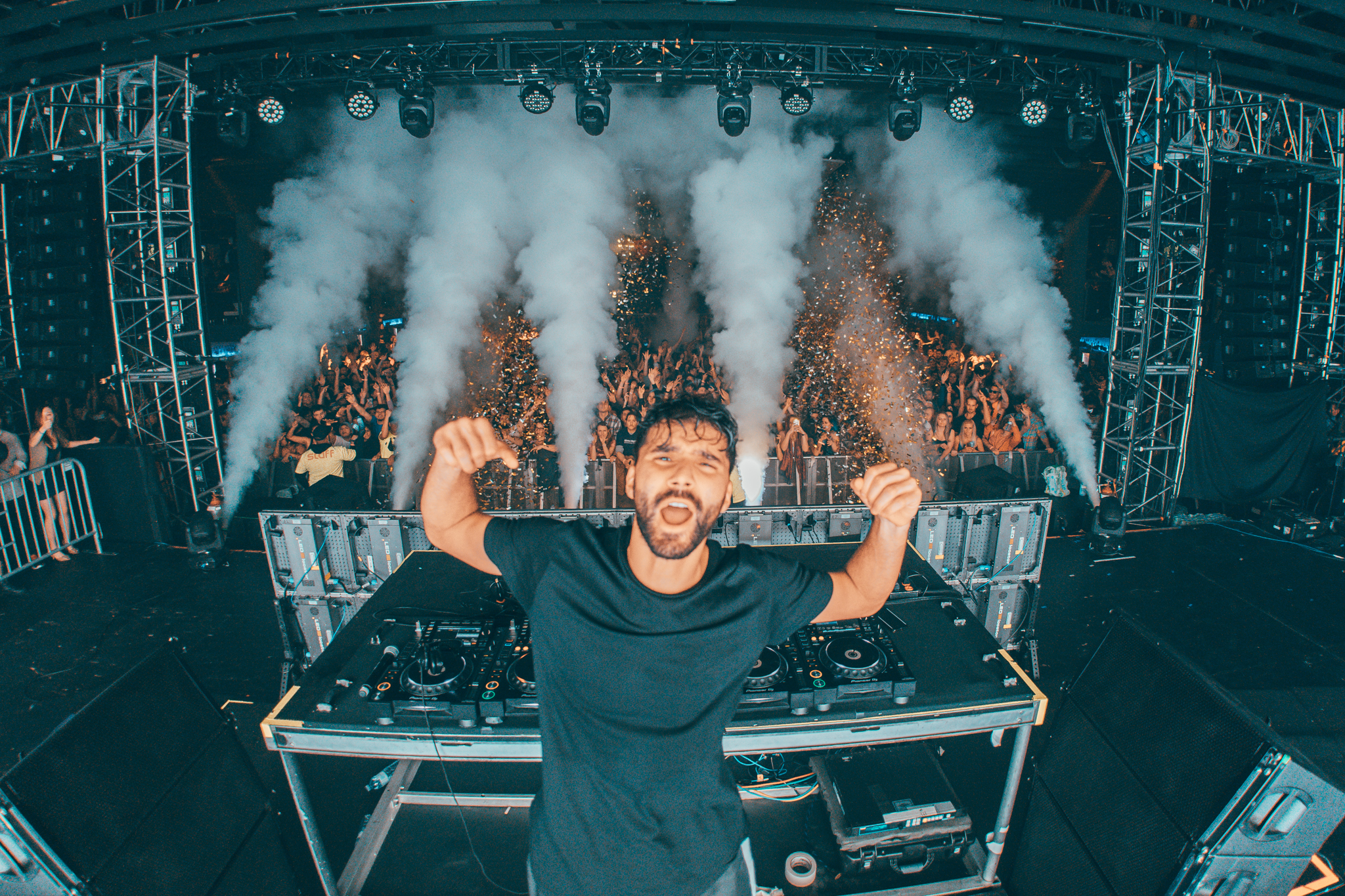 R3hab Talks Touring, Record Label, and the Evolution of His Sound [Interview]

If you’re a fan of electronic music, there’s no doubt you’ve heard R3hab‘s songs. Hailing from the hotbed of EDM that is Breda, Netherlands, R3hab (real name Fadil El Ghoul) has been one of the most prolific producers of this decade. Having partnered with everyone from Hardwell, Tiësto, Afrojack, Nervo, Steve Aoki and Deorro; R3hab’s songs have been played out hundreds of times at festivals all over the world.

However, the Moroccan-Dutch producer has evolved quite a bit over the years. The bombastic festival bangers he was once known for have given way to more melody-driven, pop-leaning songs. Not that he’s lost his edge, if you’ve been to one of his sets, he brings the house down. And on his latest album, The Wave, he displayed not only his more pop-leaning sensibilities, but also some tracks showing their roots in his electro and big-room past.

R3hab recently wrapped up his The Wave North American tour. He sat down with us to tell about some of the tour highlights, how he’s grown as an artist, and the creative freedom that comes with running your own label.

Hey Fadil, thanks for taking the time out to chat with us. I want to ask you about your evolution as a producer. You kind of made your name with festival ready tracks like “Revolution” and “Samurai.” Over time you’ve really developed into one of the most prolific producers in the game. How do you manage to put out so much material? How do you stay fresh, how do you balance between festival bangers and more radio-friendly songs?

“Hey, thanks for having me! Yeah, so those older ‘dutch house’ tracks really helped launch my career, but around 2015 or 2016 I realized that sound was getting pretty stale and I was just tired of it. And everyone was like ‘no keep putting out the bangers because that’s what’s working,’ and I just realized what matters to me most is just making music that I like and that I think will inspire people. A lot of the R3hab fans will get that. Like, they get what I do and they like the fact that I make a ton of different styles of music. I always want to challenge myself as an artist. I feel like even in the past six months I’ve started experimenting with a lot of new sounds and new styles. I want to put out a little bit of everything, you know?

As far as how I put out so much music, I think a lot of it comes down to my personal health. I always try to eat right and work out. And I don’t drink, so that just gives me a ton of energy and just makes me feel good. I can get off stage at 2 AM and then be in the studio working by 9 or 10 the next morning. I think that makes a huge difference.”

At what point in your career did you become comfortable enough with producing that you knew you would be able to branch out and experiment with new sounds?

“I always knew I could do it, but I think I was nervous to make the leap and release other stuff. I think my first two records that were a bit more pop-leaning were ‘Care’ and ‘Icarus’ near the end of 2016. I made them and it was super different from everything I’d made previously, but it was pretty clear to me that they were solid tracks. From there I just kept developing my sound and pushing myself, and since then I’ve released two full albums!”

You’re about to wrap The Wave tour, tell us a little about how was it? How do you prepare for your own tour as opposed to playing a festival? Also, where are you most excited to play?

“I think all the shows were amazing, Toybox in Toronto was super cool though. I just really enjoy smaller more intimate venues like that because you can really see the faces of each fan, and it’s so cool to see their expressions when I drop a certain track. Whereas at bigger shows, I just look out at a sea of people and it’s harder to really develop a connection with the crowd.”

“Having my own label is nice because I can make a track, and then put it out within a few weeks, whereas a lot of times in music you’ll make a track and it’ll take closer to six, or even nine months to come out. By that point, you’re not as excited by it anymore. And then the other great thing about CYB3RPVNK is that we can sign music from other artists. There are a lot of up-and-coming producers with a super fresh sound and giving them that platform to release their music is very cool!”

The branding for all the new releases is really cool too, tell us about the inspiration behind that?

“I obviously travel a lot and I think a lot of elements of the artwork were inspired by places I’ve been, especially cities in Asia. It kind of has that futuristic feeling to it, and it just brings me back to certain places when I look at it.”

You were all over the world last year, and I’m sure you will be again this year. What were some of your favorite touring memories from last year?

“It’s really hard to pick specific highlights since pretty much all of the past year was a highlight! I love everywhere I go and every time I play it’s just so cool to get up in front of the fans. I played LIV in Miami a couple of times though which is always pretty insane, so I have to go with that!

And then this isn’t from touring but I have to give an ‘honorable mention’ to my Spotify Fans First event in Los Angeles. We created my own little mini-restaurant for me and a small group of my biggest fans. It was so cool because I don’t always get to interact really personally with the fans in that way.”

Make sure to check out R3hab’s latest hit “This is How We Party” with Icona Pop, out now on CYB3RPVNK.