A report earlier this month suggested that Instagram was testing out private like counts on its platform. The idea, Instagram said, was to encourage followers to “focus on the photos and videos [shared]” rather than the number of likes they get. “During this test, only the person who shared a post will see the total number of likes,” the company added.

Now, the tests are going live — but just in Canada, for now.

The design change was first spotted by Jane Manchun Wong twelve days before the test went public, but now some users are seeing it go into effect. The idea is that focusing less on likes will also have less of an impact on the mental health of Instagram users, many of whom are young and still very impressionable.

There’s no word yet when Instagram might roll out the test to other territories — if at all — but many people, especially brands who pay influencers to help promote their products, aren’t happy about the change.

Instagram has already frustrated businesses on its platform with constant algorithm changes, and this only serves to compound the issue. 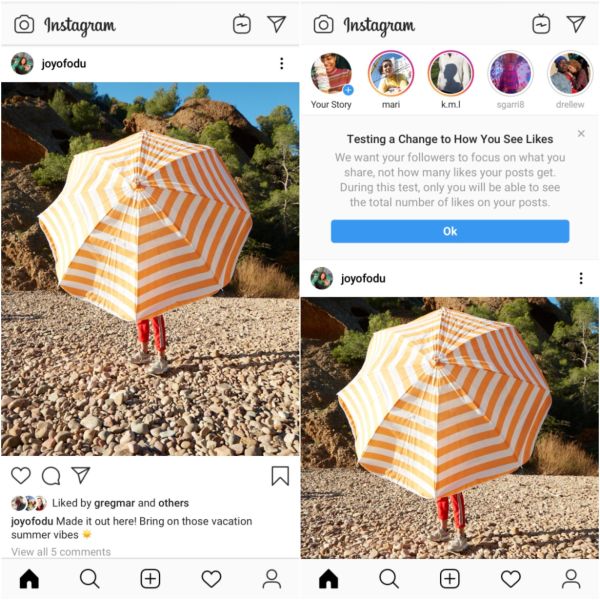