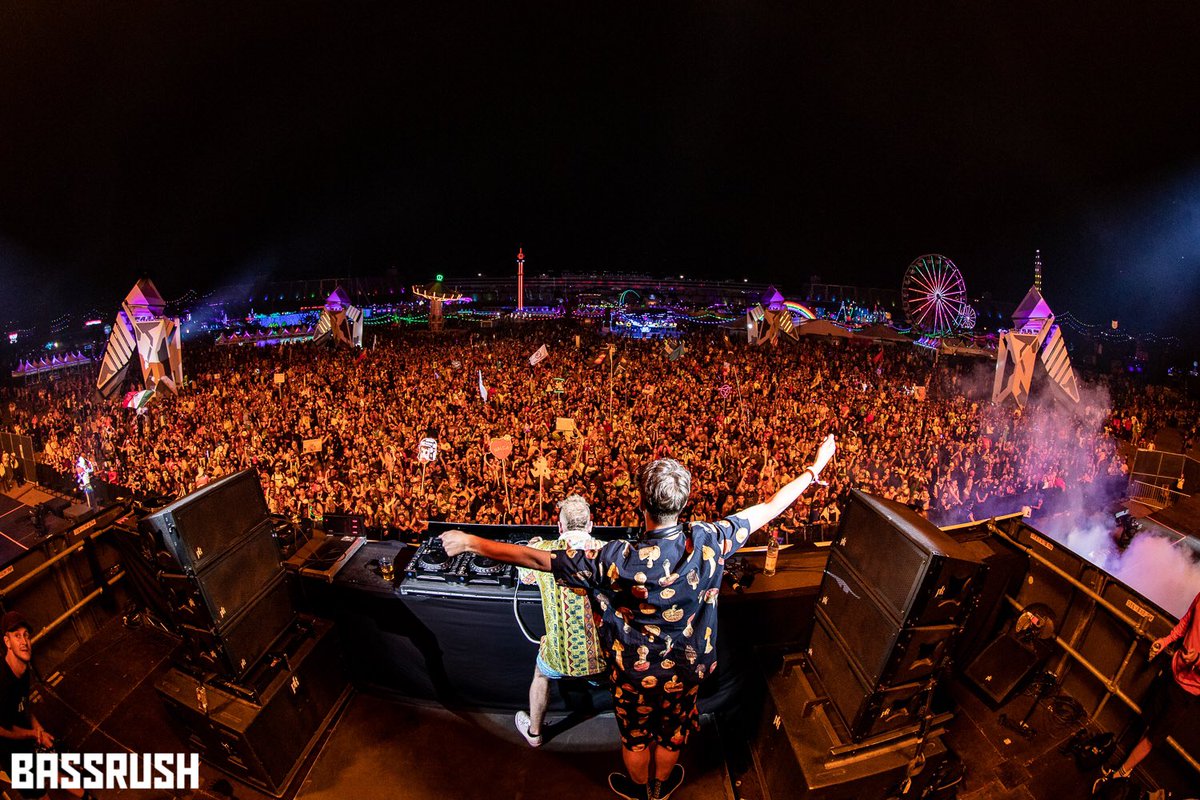 Skream & Rusko Took Dubstep Back To Its Roots At EDC

Skream & Rusko Took Dubstep Back To Its Roots At EDC

Since I found out what dubstep was nearly a decade ago, it has shaped a large part of my personal identity and directed my musical path to where I am today. From grabbing free downloads on Earmilk on Wobble Wednesdays, to diving deep into the history of the genre, dubstep was more than just a classification of music for me, it became a way of life.

It still is… to a degree. My job has forced me to broaden my horizons, and dubstep has also changed a lot over the last decade. The boundaries of the genre have changed, and what’s considered dubstep encompasses a lot more sounds, not to mention the advent of sister genres like riddim and brostep. Artists like Benga, Loefah, Kode9, or Coki gave way to Excision, 12th Planet, Zeds Dead, and others.

But like so many things, the legends of the genre live on. Two weekends ago at EDC, Skream came out of dubstep retirement for the first time in six years to perform back-to-back with a fellow legend, Rusko, and drop an old “skool” dubstep set at EDC Las Vegas. Their set followed current-day trendsetters Ganja White Night, providing an interesting contrast between past and present; however, as soon as that sub bass kicked in at 2:37am, it was as if the bassPOD had been transported to 2010 again.

Everything about this weekend was pure love 🖤 the music, you guys. The fact that it meant as much to you guys who were there as it did to us … still on cloud 9 @I_Skream @bassrush @EDC_LasVegas pic.twitter.com/lIJgnGicSY

Hearing “Midnight Request Line,” Caspa’s remix of “Where’s My Money,” and “Africa VIP,” all mixed in with old school grime and mixed expertly was breathtaking. Even if it weren’t for the nostalgia, it still would have been a world-class set. But, because there was so much history, so much weight behind the song choices and transitions, not to mention Rusko’s perpetual infectious energy and the look of genuine happiness on Skream’s face, the set transcended. It became a thing of legend.

And yet for all my own happiness, and those around me can attest to the look of pure, unadulterated joy on my face as Rusko dropped Nero’s “Innocence,” the crowd didn’t seem to appreciate the set like I did. Perhaps they were enjoying it in their own way, maybe it was just the part of the crowd I was in, or maybe it was because Excision had begun his set at the main stage halfway into Skream and Rusko’s set, but the energy was definitely lacking.

Nonetheless, it was easy enough to let those kinds of frivolous cares melt away in the face of such powerful, unrelenting bass. With a group of friends, I dove headfirst into the crowd, making my way as close as I could without feeling like I was being suffocated by the vibrating air ahead. From one track to another, I let my mind wander back to times when I first discovered these tracks, many of which were only ever released on vinyl or as dubplates.

By the time Skream and Rusko closed their set with the former’s remix of La Roux’s “In For The Kill,” I was a tired mess. Overcome with emotion and exhaustion, I started crying tears of happiness for finally hearing one of the most beautiful and important songs in dubstep’s anthology. It was a surreal moment, seeing those two up on stage together, hearing that song, the exhaustion and emotion overwhelming me… altogether, it’s a moment I won’t soon forget.

Though both Skream’s and Rusko’s teams worked to ensure there was no official recording of the set, preferring it to live on in the ether, one kind soul managed to capture the full set. You can watch below and relive dubstep history for the next hour.

Photo via Alex Varsa for Bassrush