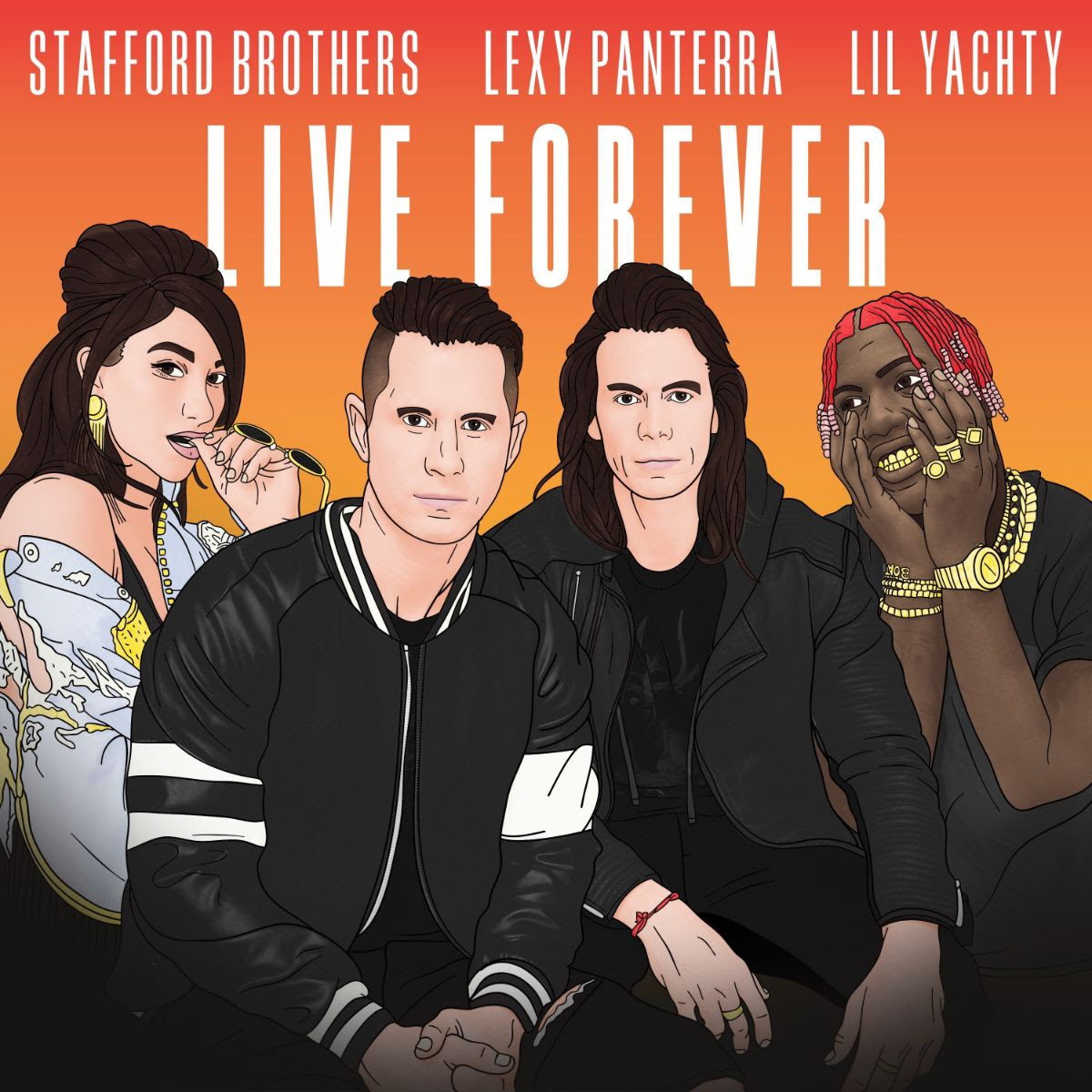 Summer is in full swing, and have we got the perfect song for you. Electro-pop veterans Stafford Brothers have just released the radio-friendly, club-ready single “Live Forever” enlisting the help of singer/actress/twerker Lexy Panterra and hip-hop heavyweight Lil Yachty. Already released to much fanfare, “Live Forever” was the #10 most added single on Spotify Worldwide this past week. The track is straight forward, going for a more mainstream vibe and feel, and it accomplishes it very well. The buildup and verse are perfect for the club, and the drop/chorus keep the energy up, making it a perfect party track.

The track opens up with a hip-hop influenced riff. The preset is reminiscent of the sound used in Armin van Buuren’s “Ping Pong” and utilizes a cool forward-backward progression. There’s some trap drums to give the song it’s radio based hip-hop feel. Lexy Panterra lays down some sultry vocals over the beat. She changes her cadence at parts giving the song a sense of urgency before the buildup. Lexy shows how she’s a perfect EDM/pop vocalist in the buildup as she uses more of her upper range to compliment the higher BPM. She asks a pretty good question, “Who wants to live forever?” The drop is just really nice and gets you groovin’ with a good amount of energy based around a vocal chop.

Lil Yachty comes in at the end of the track with a very summer-friendly flow, talking about nights at the park, one night stands, and the brilliant line, “you got a n**** hard as iron, got me feeling like Tony Stark.” Lil Yachty is no stranger to dance music collaborations, having been featured on tracks with Calvin Harris, Steve Aoki and A-Trak, so he fits in pretty seamlessly on this one. Here’s what Stafford Brothers had to say about the track.

“This is a huge release for us! Lexy is a legend and an amazing vocalist. We’ve been huge fans of Lil Yachty from the beginning so it’s a dream to have him on the record. We’re pumped to have this song released with Thrive Music and can’t wait for everyone to hear it.”