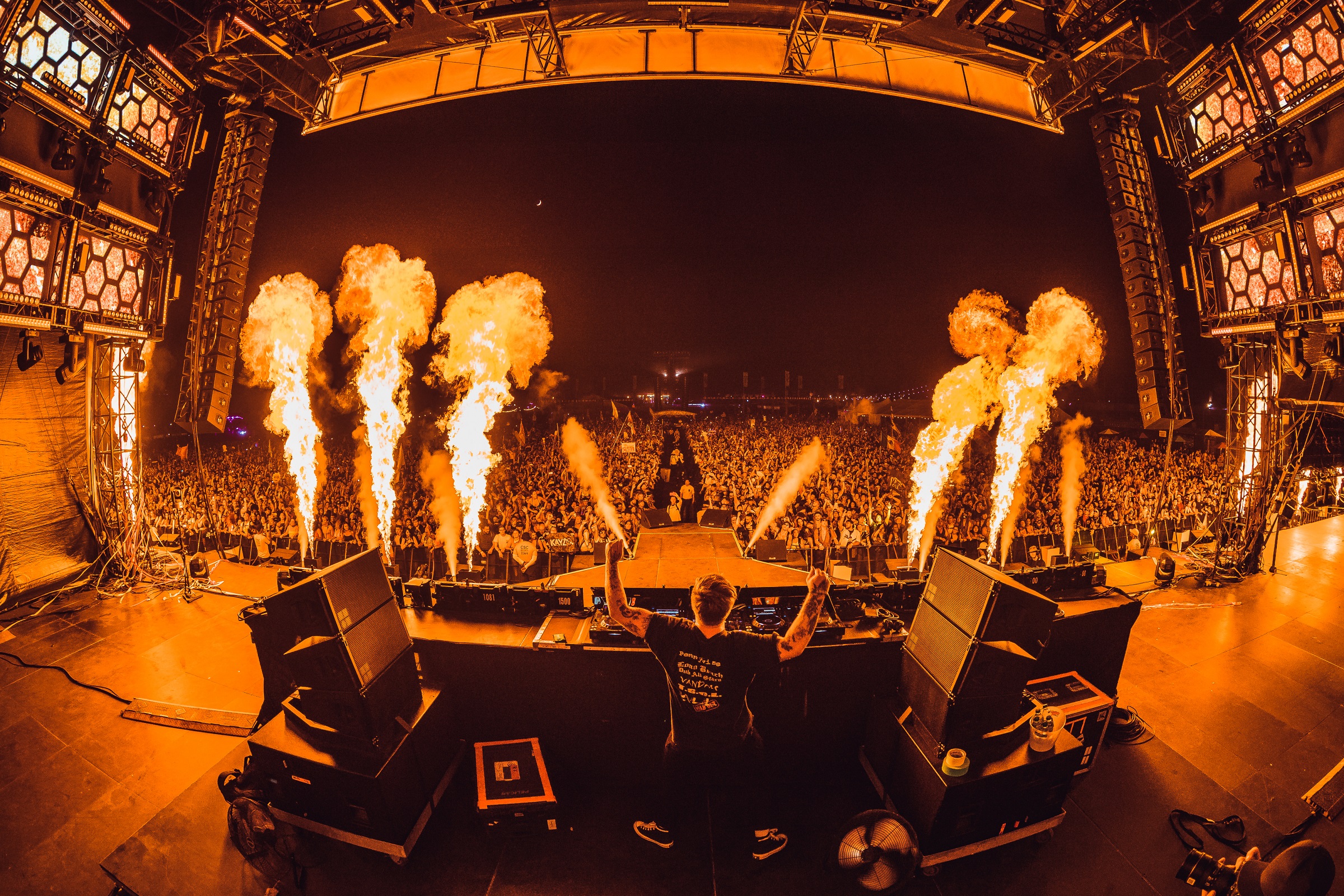 It was only last year that Kayzo dropped his debut album OVERLOAD, but he’s already back with the follow up and it’s impossibly hard to overstate how much he’s improved since.

My own opinion of his first album attempt isn’t entirely favorable — I can’t say I’ve listened to the album once since it was released in January 2018. I won’t be able to say the same for Unleashed, the second album from Kayzo filled with amazing collaborators and innovative takes on the dance music/emo fusion that he first began exploring last year.

Unleashed measures in at 15 tracks, with collaborators on every song. Rather than helping to spread the load, Kayzo has truly made the most of every collaboration and brought out the best in both himself and his studio partners. Whether it’s just a vocalist feature like blessthefall on the screamo “Before The Storm” or producer like 1788-L or K?d on “ARK” or “Antidance,” respectively, his own sound is wholly identifiable.

This album is not only stronger in its overall production, but also in the direction it takes. OVERLOAD seemed aimless at times, maybe like it was trying to do too much at once. Unleashed, on the other hand, hones in on Kayzo’s core sound and pushes it to the limit on every track. Whether it’s hardstyle, dubstep, psytrance or whatever else, he approaches every track with a take-no-prisoners mentality and it absolutely shows.

Check out Unleashed from Kayzo below!