In this social media driven world, something as seemingly innocuous as a scrubbed Instagram page can mean a whole lot more than maybe someone finally got embarrassed about all their past selfies. Especially if the page has nearly 30 million followers and is owned by one of the world’s biggest DJs: Marshmello.

As of yesterday, all of Marshmello’s posts on Instagram are gone. Generally, this is done to clear an artist’s social media presence of any pre-established branding or persona in order to introduce something new. Whether it’s a whole new look or just the beginning of the rollout for something big, something is coming and it’s probably happening soon.

New Music Friday is coming less than 24 hours, so we could be getting a new surprise from mello as early as 9pm PST tonight. However, he did just release a new song with SVDDEN DEATH two days ago, so our money is on an early week reveal next week with a new release next Friday. But, this is just speculation and an educated guess.

You can see Marshmello’s Instagram here, if you wish… not that there’s much to see anymore. But soon. 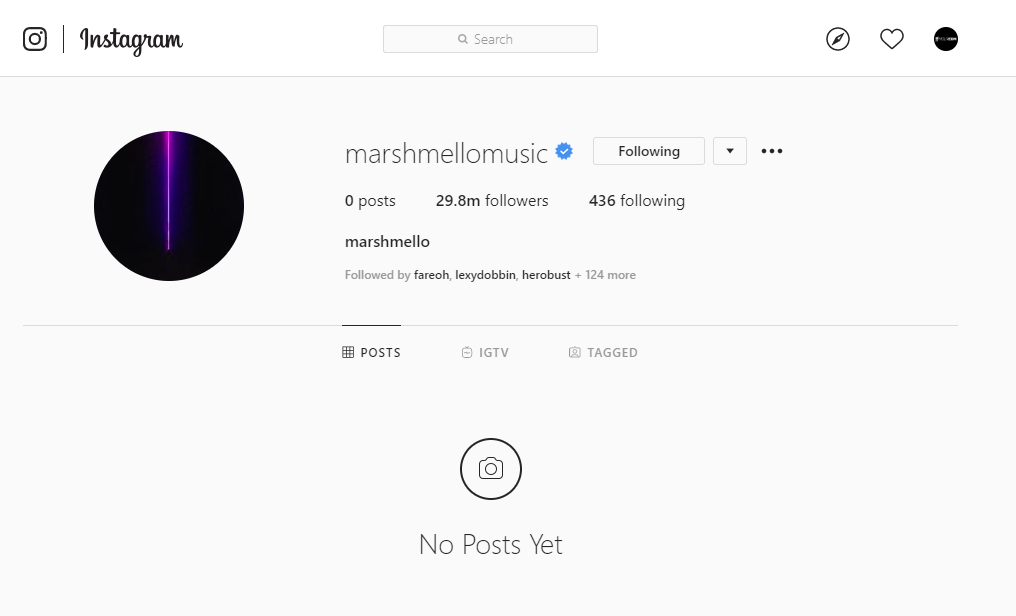 Your EDM Premiere: The Nights Release Highly Anticipated Single, “Without You” [Midnight Select]

Tens Of Thousands Of Concerts Already Cancelled Due To Coronavirus

Tens Of Thousands Of Concerts Already Cancelled Due To Coronavirus