Hangout Fest just dropped one of the best lineups of 2023

Hangout Fest just dropped their lineup for 2023 and right out the gate have come swinging for other festivals with a broad and top-tier assortment of artists from past and present; rock, hip hop, and dance; as well as one of the best backdrops of any festival in the country.

Situated on the majestic white sand beaches of Gulf Shores, Alabama, May 19-21, attendees will be able to bear witness to a plethora of incredible musical acts.

The legendary Red Hot Chili Peppers will set the tone for those looking to get after it on the beach. Pop-punk is alive and well at Hangout with Paramore leading the way supported by Mayday Parade and The Maine, and the various sub-genres of pop-rock, indie-rock and americana are well-represented with The Backseat Lovers, Rainbow Kitten Surprise, Noah Kahan, COIN and Alabama’s own The Vegabonds.

Nothing tops a dance music throwdown with all of your best friends on the beach, and this year’s Hangout lineup is fully loaded. Leading the charge is Aussie export Flume and genre-bending producer Skrillex. Electronic anthems continue with larger than life dance icons REZZ and Alison Wonderland, while chiller strains can be found at Gryffin, Said The Sky, Big Wild and Two Feet. House heads can unite at John Summit, Dr. Fresch, Aluna and HoneyLuv.

The present and future of pop and singer-songwriting will be waiting for you, too. Prepare to get lost in the hypnotic R&B of SZA who is about to drop her long-awaited new album SOS, dance your heart out at Calvin Harris and Lil Nas X, swoon over brotherly indie trio AJR and the iconic Tove Lo, and find out what all the hype is about at Ashe, Stephen Sanchez, Jessie Murph, and Sabrina Carpenter.

Unfortunately for dance fans, the festival goes on the same weekend as EDC Las Vegas, so you’ll have to make a choice. Tickets for this will undoubtedly sell fast, but EDC has yet to reveal their always-stacked lineup for next year so you’ll be taking a gamble. 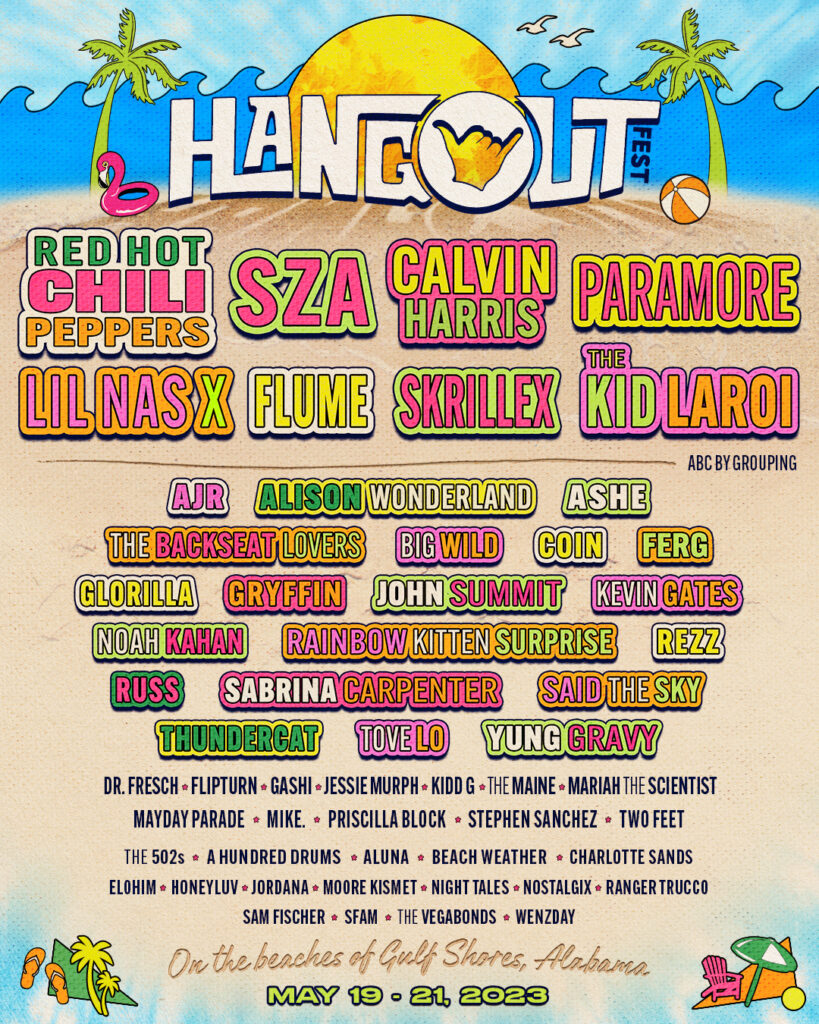