Today RÜFÜS DU SOL and Crania have announced Sundream Baja, the next chapter of the band’s iconic boutique festival concept. Debuted in Tulum earlier this year, the immersive experience will take over El Ganzo Sculpture Gardens in San José del Cabo from May 5-8. Attendees can expect four days of parties, wellness activities, art installations, intimate DJ sessions and live performances from some of the band’s closest kin and inspirations.

The lineup continues with Rose Avenue riser Luke Alessi, minimal tech heroine Yulia Niko, amapiano champion Desiree, and Swedish producer and DJ Jonas Rathsman who will also bring his Modern Tales project to the mix alongside brother Franz Novotny. Experimental techno duo Weval will round out the billing with their left of center sound, while Jimi Jules, whose groundbreaking ‘My City’s On Fire’ may well have been the ultimate tune of Sundream 2022, makes his much anticipated debut at the event.

As a continuation of the band’s dedication to shining a light on the lesser known and avant-garde movement leaders, Spanish-born underground champion Arodes joins the all-star cast alongside Mexico City staple Maria Nocheydia, Tulum-based DJ and producer Litos, and fellow Mexican underground champion Kalexis to round out the stacked lineup.

Sundream Baja has found its next home at the idyllic El Ganzo Sculpture Gardens. This unique venue is less than ten minutes from the center of San Jose Del Cabo, tucked away just behind the beaches of Los Cabos where the Pacific Ocean touches the desert gardens of Baja. This vast 12-acre park land is home to a stunning collection of monolithic sculptures by some of Mexico’s most famous living artists, while also housing thousands of cacti, succulents and palms from deserts around the world. The gardens are designed to honor cactus in all its forms, in the tradition of the indigenous people of Mexico.

For Tickets and Packages Visit:
sundreamofficial.com 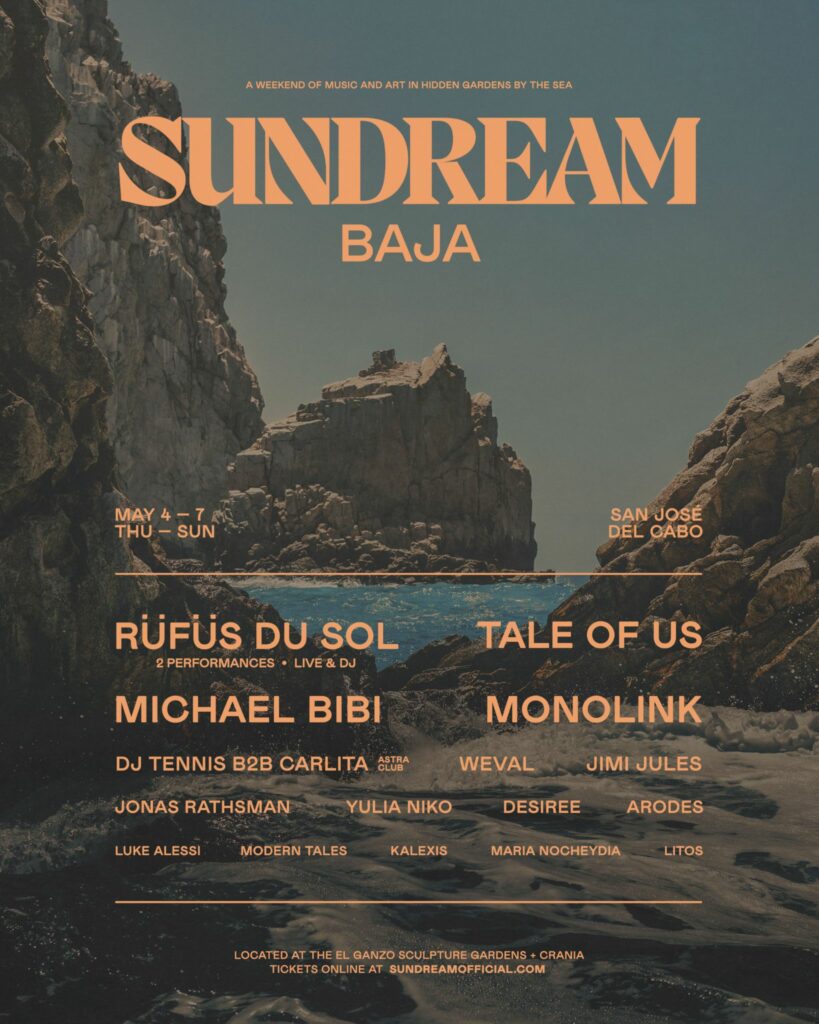