As the first edition of the US installment of the ultra famous Tomorrowland approaches, it is now finally time for the release of the line up of the highly anticipated TomorrowWorld. Following in the footsteps of its big brother, TomorrowWorld will be trickling down the names of the artists who will be attending the 3 day festival. To kick things off, TomorrowWorld has announced Swedish producer Axwell to be the first artist on the roster. As more names get released we will be sure to let all of you know so be sure to follow us on Facebook and Twitter

UPDATE: TomorrowWorld announces a Bass stage with Savoy, Rusko, Excision and many other bass heavy acts.
UPDATE 2: Q-Dance, an organization containing artists ranging from Hardstyle to Hard Dance, has just been announced to be present at TomorrowWorld. You can watch the announcement video below!
UPDATE 3: R3HAB will also be in attendance for TomorrowWorld. Check out his personal announcement in “R3HAB getting ready for TomorrowWorld” 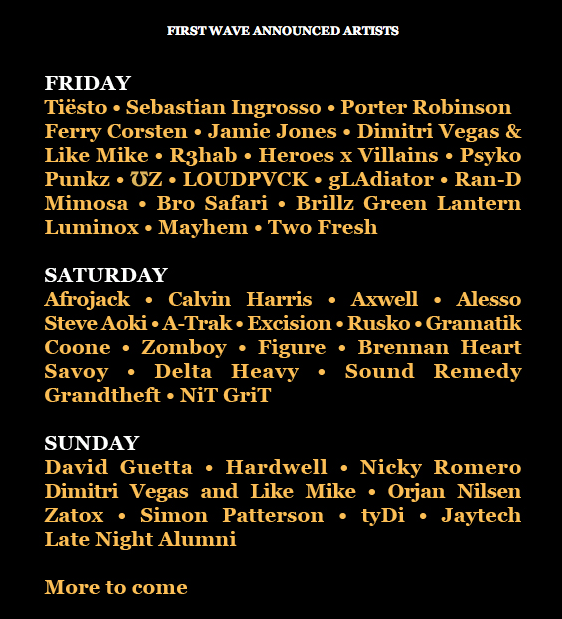