The worlds of video games and dance music might seem like wholly different beasts, but they are both intricately intertwined with one another. The popular gangster-turned-president sandbox franchise Saints Row has its fourth installment coming this August 23rd, with even more EDM than before. Prior Saints Row games had radio station 97.6 K12 FM, which has become increasingly house and mainstream EDM over the years. While the very first game featured the likes of ILS and Dieselboy, opting for a drum & bass flair, the later games were focused on the likes of Deadmau5 and Rusko.

With Saints Row IV, the game developers reached out to Mad Decent to have their own channel. Fool’s Gold also looked to be in the mix, but the antics of Diplo and his LA based record label were a better fit for Volition. Here’s what Project Audio Director Brandon Bray had to say on the subject…

“We had a few that we looked at besides Mad Decent. One of the other ones we looked at was Fool’s Gold. They had expressed interest in perhaps doing something. But Mad Decent, as far as their stable of artists, was definitely most fitting for the tone and the humor of Saints Row.

Saints Row is an everything but the kitchen sink kind of sandbox game, and Mad Decent, as far as their stable of artists, they are everything but the kitchen sink as far as a music label goes. They’ve got every kind of style of music that you could listen to, and they’ve got a huge following. They’re not as mainstream as some other labels, but they have a handful of artists that are extremely popular. Their fans are the kinds of fans that we want checking out Saints Row for sure.”

The Mad Decent station is DJed by Riff Raff, who certainly fits the bill for the label and the game. Below is their track list.

RiFF RAFF – “Rookie Of The Year”

97.6 K12 FM returns again, this time with a much harder sound than in prior games. The Bloody Beetroots also made an original track called “The Source” just for Saints Row IV. Lauri Hendler, made famous as Trisha Takanawa on TV show Family Guy and as character Jane Valderama in the game is the channel’s DJ. Below is the station’s track list.

The Bloody Beetroots – “The Source”

Watch the Duck – “Poppin’ Off”

If that was not enough, the game also includes a dubstep gun. This weapon sends people in the game into a dancing frenzy. Below is an image of concept art and the official video for the silly weapon. 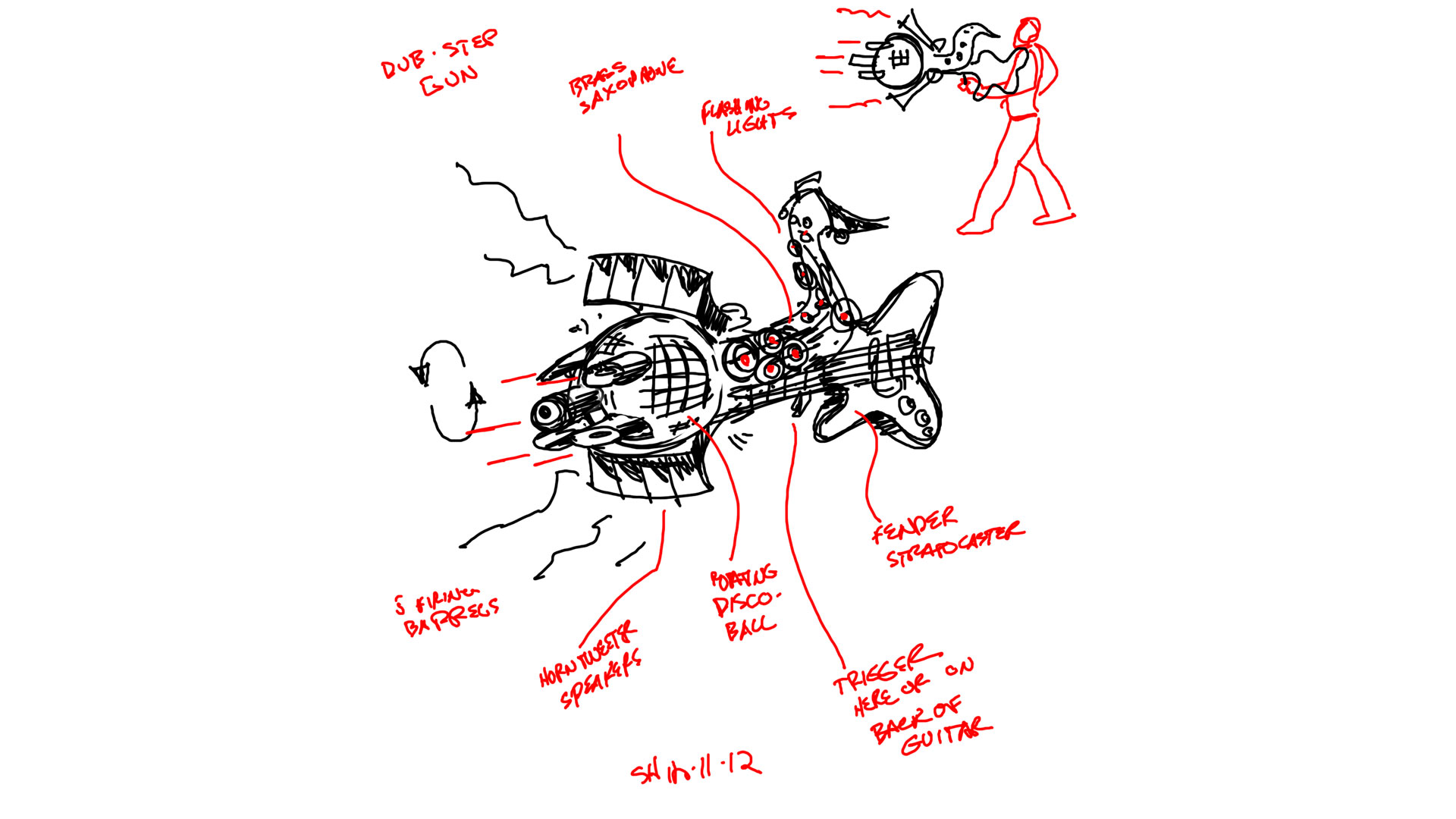